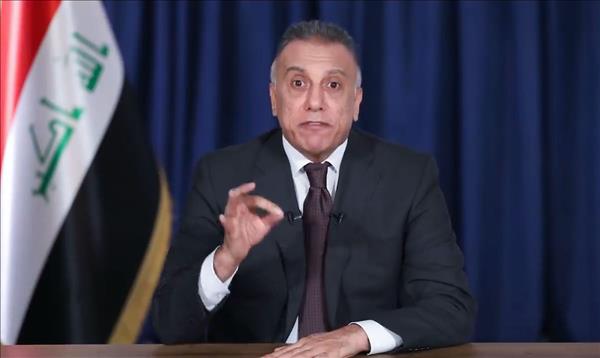 (MENAFN – Asia Times) When the Iraqi prime minister last met Ebrahim Raisi in February, the cleric was at the head of Iran’s judicial system and was unsure whether he would be allowed to run in the June elections. Now Raisi is the president of Iran and it is Mustafa al-Kadhimi whose political future is uncertain.

Kadhimi’s Sunday visit was the first by a foreign leader since Raisi was sworn in last month. But the symbolism goes beyond. The Iraqi prime minister has spent the last few months polishing his credentials as the man anyone can call.

By speaking to Raisi first, he sealed his reputation as a Middle Eastern middleman. If the new Iranian president wants to talk to the Arabs, he must first call Kadhimi.

The prime minister’s visit to Iran followed what increasingly looks like a foreign policy coup for Kadhimi in what could be his last weeks in power, an international conference he called in Baghdad at the end of August. The Baghdad summit succeeded in bringing together leaders from the Middle East whose relations range from freezing to furious.

The foreign ministers of Saudi Arabia and Iran were there. Kadhimi hosted the most high-profile meeting between the UAE and Qatar since ties were severed four years ago when Sheikh Mohammed bin Rashid of Dubai met Sheikh Tamim. Tamim also met the Egyptian president for his first meeting in years.

But Kadhimi’s determination for better relations everywhere is not limited to diplomacy. He signed an agreement with Lebanon to exchange oil in exchange for goods and services. And he seems to have given the green light to Turkish forces to carry out anti-PKK attacks on Iraqi soil, a major concession to be made to strengthen ties. (Relations between the two are only heating up: the Turkish president refused to attend the summit.)

All of this means that Kadhimi can boast of reasonable relations with all the most powerful countries in the region, crossing the multiple dividing lines in the Middle East.

Yet this act of juggling comes with its own challenges, not least of which is Kadhimi’s political future.

Certainly, many in the region will welcome this constructive new role for Iraq, after years in which Saddam Hussein has done everything possible to upset his neighbors and bring Iraq’s considerable weight, and two decades of practical implosion. after the US-led invasion in 2003.

But Iraq is hardly stable internally, and Iranian influence still spreads across the country.

It’s not for nothing that Kadhimi has called on Iran’s new president to curb Shiite militias in Iraq ahead of next month’s elections. The Iraqi prime minister cannot even exercise control over his own territory, as evidenced by the still unclaimed drone attack on Erbil airport this month.

Kadhmi’s position is not secure either. A simple independent MP who has no party of his own, his future after the October 10 elections is unknown.

And this is where this role of intermediary for the Arabs seems fragile.

The Middle East and its many shifting alliances are not standing still. It is deeply risky to seek to simply be the mediator in a region with such vital global interests. (Jordan, which historically attempted this role and found itself sidelined under the administration of former US President Donald Trump, is giving a warning.)

Two examples, in just a few days around the Baghdad summit of Kadhimi, illustrate this point. The first was the signing by Saudi Arabia of a military cooperation agreement with Russia, a surprising step given the kingdom’s proximity to the United States.

The other, in the days following the summit, was a phone call between Turkish President Recep Tayyip Erdogan and Sheikh Mohammed bin Zayed of the United Arab Emirates, severing years of icy relations.

Two major changes in a matter of days, both by countries bordering Iraq, neither of them involving Iraq.

For a pivotal country like Iraq, surrounded by six countries, being a mediator is not enough; leaders must also have the capacity to influence policies beyond their borders. Otherwise, the country is reduced to simply transmitting messages, a cut above, admittedly, the chessboard on which others have fought their battles, which Iraq has been for many years, but not a lasting status for a country with Iraqi potential.

Being the Middle East intermediary only works if the Iraqi Prime Minister can offer stability at home, a political future and a real say in the management of the region. Otherwise, his country’s status will be defined by the goodwill and political whims of others who will find it all too convenient to dismiss the messenger if necessary.

This article was provided by Syndication Bureau, which owns the copyright.

Faisal Al Yafai is currently writing a book on the Middle East and is a frequent commentator on international TV news channels. He has worked for news organizations such as The Guardian and the BBC, and has reported on the Middle East, Eastern Europe, Asia and Africa.

Legal warning: MENAFN provides the information as is, without warranty of any kind. We accept no responsibility for the accuracy, content, images, videos, licenses, completeness, legality or reliability of the information contained in this article. If you have any complaints or copyright issues related to this item, please contact the supplier above.

What retailers can learn from other industries — Retail Technology Innovation Hub