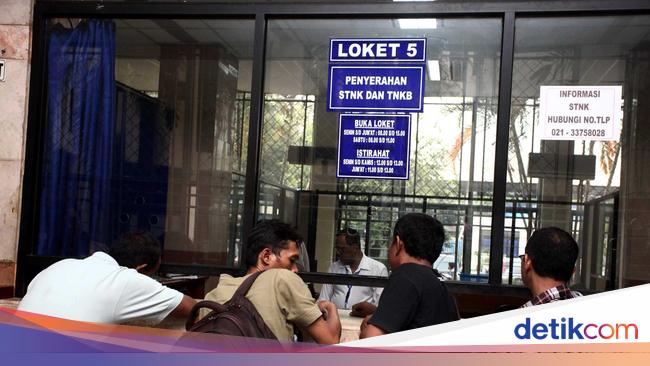 Anti-corruption activist Emerson yuntho send an open letter to President Joko Widodo (Jokowi). He asked Jokowi to correct the practice of illegal withdrawals (extortion) in the Samsat and Satpas environments.

“Mr. President, I have been a worried citizen and concerned for more than 20 years by public services, especially in the one-stop administration system (Samsat) and the SIM administration unit (Satpas), which until now have not been immune from the practice of illegal direct debits and brokers, ”he said. Emerson in an open letter received by reporters, Wednesday (9/15/2021).

According to Emerson, practice of extortion occurred almost uniformly in Samsat and Satpas throughout Indonesia. He said he had received similar complaints from the public.

“When it comes to vehicle administration services in Samsat, residents are often coerced or coerced into taking illegal action by bribing or giving money (gratuities) to officers. Paying something is not appropriate. and without valid proof of receipt, ”Emerson explained.

Emerson also pointed out the problem of creating or expanding a SIM card at Satpas. According to him, theory exams and practical exams in the SIM manufacturing process are often unreasonable and transparent.

“Due to the difficulty of obtaining a driver’s license, a simple survey shows that 3 in 4 Indonesians (75%) – intentionally or preparing officers, not following procedures properly, etc.),” said Emerson.

To this end, Emerson asked Jokowi to fundamentally revamp the practice of extortion in Samsat and Satpas. He also urged the Coordinating Minister of Political, Legal and Security Affairs and the Chief of the National Police to get involved in the eradication of extortion.

“Therefore, we ask Mr. President Joko Widodo to deeply repair the Samsat and the Satpas extraordinary and not in a poor, proven way. The president can order the minister responsible for the coordination of political, legal and security affairs and the chief of the national police force to definitively resolve this problem so that it does not happen again in the future, “said Emerson.

Initiation of the petition

Emerson Yuntho also initiated petition on change.org titled ‘Fix SAMSAT and SATPAS, Cleanse from Extorsion and Brokers’. This petition was signed by 258 of the 500 people targeted.

Also see “The Story of a Vaccination Bus Driver Extorted by Dishub Staff for Rp 500,000”: