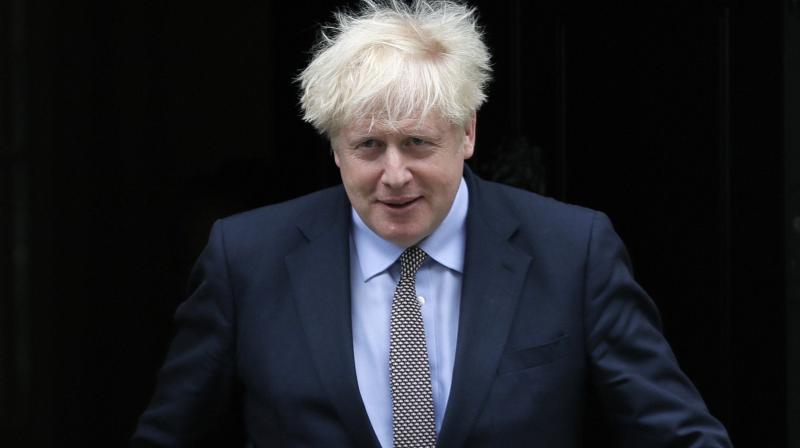 “Wajid Ali started to cry
When we told her it was the truth and no lie
That the firangs were there
Declare irreversibly
That the doctrine of forfeiture would apply.

– Of Piranha Purana, by Bachchoo

In a surprise UK Cabinet reshuffle this week, BoJo sacked his Education Secretary, Gavin Williamson. This Tory MP was never known for his association with any branch of pedagogy, although he attended school and even Bradford University. He had spent his professional life as a fireplace seller, then as an executive and owner of a pottery maker.

To be fair, Gav had worked his way up the ranks of Tory fanatics from being National President of Tory Students, to local councilor and subsequently to MP who was appointed to various positions in Theresa May’s government.

He went on to support Boris Johnson for party leadership and was awarded BoJo with the education portfolio.

The Covid year forced schools to close. Besides the gap in the education of a generation, Gav inherited the puzzle of knowing what to do on exams. There was a consensus among teachers and universities that graduation exams, used to judge qualifications for university entry, the most visible stage of British meritocracy, should not be abolished and should be set and graded by the students’ teachers with an assessment made by these teachers of each student’s coursework.

During school closings, teaching was online and for this first batch of results last year, Gavin’s ministry decided to subject the results to an algorithm filter.
Gav did not invent the procedure, but approved it and made it mandatory. This was to bring together the final exam results of previous years from all schools and come up with a paradigm of average school performance. Then pass the results of the current students through the algorithmic filter to make them conform to the school average.

This type of test would of course work very well for some industrial quality control procedures, but it has been denounced by parents, students, teachers and universities as a test that could potentially be applied to school performance but not to performance. of the individual. students who had nothing to do with the abilities of those who came before them.

It didn’t do much for Gav’s competence as an education supremo, but BoJo didn’t do anything about it and Gav kept going, applying more acceptable regulations this year to the exam system. .

Then last week he made an absurd blunder, proudly bragging to the national press that he had an incredibly friendly appeal to footballer Marcus Rashford. If he had indeed done so, it would have been acceptable news, as Rashford has spent a lot of time and energy over the last year forcing the government and Gavin Williamson to change their minds on the idea. to give free school meals at home to these children during the pandemic which would have been entitled to them when schools were open. Rashford’s campaign and public figure, as one of Britain’s leading footballers, forced the government to turn around in its policies and forced it to provide the money needed to feed the children trapped in the poverty.
Marcus 1 or maybe even 2 –
Gavin 0.

So, it would’ve been a sporting event if the two had a great conversation. Alas! This was not the case. It was reported to Gav sans gormless that he had not participated in a Zoom call to Marcus Rashford at all. The person speaking to him on screen was the equally prominent British rugby player Maro Itoje. Marcus Rashford and Maro Itoje, besides being national sportsmen, are black. Was Gav sacked for thinking they all looked alike?

And so, nice reader, to a personal story from a few decades ago: I was employed at the time as an editor at Channel Four TV and as such had returned from a trip to India. one afternoon to find an invitation to dinner at the house of a prominent TV presenter. I don’t suffer from jet lag and accepted and left. After a drink in the living room with the various guests, including a well-known liberal journalist from the Guardian, Britain’s main left-wing newspaper, the hostess led us to the dining room in the basement. I was sitting across from this reporter who leaned over and said, “Farrukh, I’m so sorry to hear of your friend Darcus Howe’s passing.

I could have fallen back into my chair, but I rushed upstairs and called Darcus’ wife, Leila. I asked what had happened to Darcus. “He watches cricket on TV and drinks a bottle of St Emillion,” she said.

“Didn’t you just come back from India?” What did you smoke? “

“Phew! Someone, a Guardian reporter, told me …”

“It was Bernie Grant. She passed away yesterday, “Leila said. Bernie was a prominent London MP who happened to be black.

I went downstairs and took a seat at the dining table. Everyone looked at me, expecting a reaction.

“I’m sorry to hear about Bernie Grant – and I guess I’m relieved to hear it wasn’t Darcus,” I said.

And then, unable to resist, turning to the table in general: “I guess for some people, they all look alike.” “

Yes, it was cruel.

Technology Literacy as a Catalyst for Systematic Change-Journal