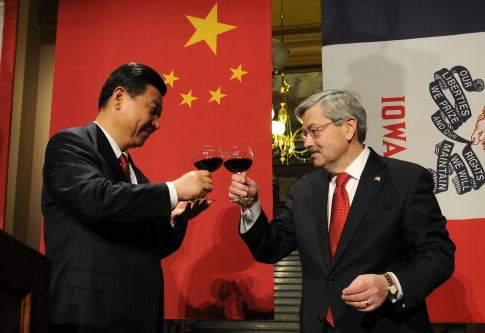 In a bipartisan display of nationalist fear, each party accused the opposing candidate of being a stooge of the Chinese Communists. 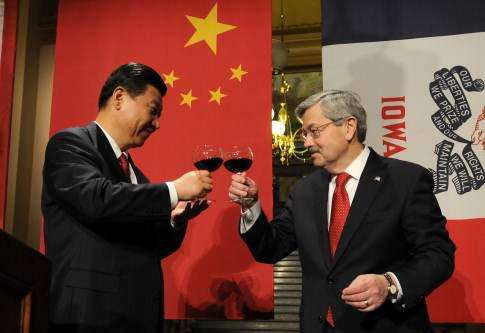 China’s red threat was a priority issue in the recent Iowa House special election, for an office that has basically no influence on U.S. foreign policy.

Republican Mike Bousselot narrowly beat Democrat Andrea Phillips last week in District 37 House, made up of suburban and rural enclosures north of Des Moines. In a bipartisan display of nationalist fear, each party accused the opposing candidate of being a stooge of the Chinese Communists.

It started with Bousselots attack announcement against Phillips, who claimed to have worked closely with the Chinese government, facilitating deals that outsource our jobs to China. His a repetition, almost verbatim, from an anti-Phillips ad during his 2020 campaign for Iowa House.

Phillips held multiple jobs in China from 1999 to 2009, according to his public LinkedIn page. Given the extent of state power in China, she surely had interactions with government officials. Of course, that doesn’t make her an agent of the Chinese Communist Party.

Conservatives also pointed to Phillips’ past social media posts where she apparently had a small statue of Mao Zedong, the former totalitarian ruler of China. It’s a little weird but it looks more kitsch than a political idol.

Democrats in Iowa fought back, trying to draw their own lines between the Republican nominee and Communist China. Bousselot was chief of staff to former governor Terry Branstad, who later served as the United States’ ambassador to China under Donald Trump.

Celebration shared a photo online de Bousselot and Branstad celebrating the confirmation of Branstad as Ambassador to China.

A few days before the election, Amber Gustafson, Democrat and leader of a political action committee, published a series of Twitter messages linking Branstad to the mismanagement of the pandemic and genocide by the Chinese government. She didn’t mention Bousselot, but the implication was clear.

Additionally, Democrats complained that Bousselot falsely accused her of wanting to fund the police. Phillips, like all of Iowa’s leading Democrats, supports maintaining and increasing exorbitant police budgets.

Democrats also attempted to launch a conspiracy theory that Bousselot had a fake baby after he and his wife were shown holding his goddaughter in an advertisement. As an adult without children, I oppose the idea that adults without children cannot look after and take pictures with the children in our lives.

Between China, police funding and the fake baby, the losing candidate blamed the results on misinformation. What a shame to have to lie to win, Phillips wrote on Twitter the day after the election.

It is not difficult to excite Americans against a foreign specter, inevitably exaggerating the strength and sophistication of the adversary. In the last century, it was the Soviet Union. In recent memory, Donald Trump has done it with China and the Democrats have done it with Russia.

The Chinese government is really bad. It’s even more brutal and belligerent than the US government, which I’m not a fan of.

But the Chinese people are not our enemy. For our sake and theirs, the United States must engage in trade and diplomacy with China, the world’s second largest economy. This is the important work that former Phillips and Bousselots boss Branstad has done a part of their careers.

When goods do not cross borders, the soldiers go.

The results of the special elections tell us nothing other than who won. But campaigns leading up to special elections can tell us a lot. When it’s the only show in town on a Tuesday in September in a slack year, it gains the attention and resources of political parties and rights groups. He tells us, based on their messages, what the partisan elites think.

Based on the House District 37 campaign, the state of partisan politics in Iowa is very stupid.