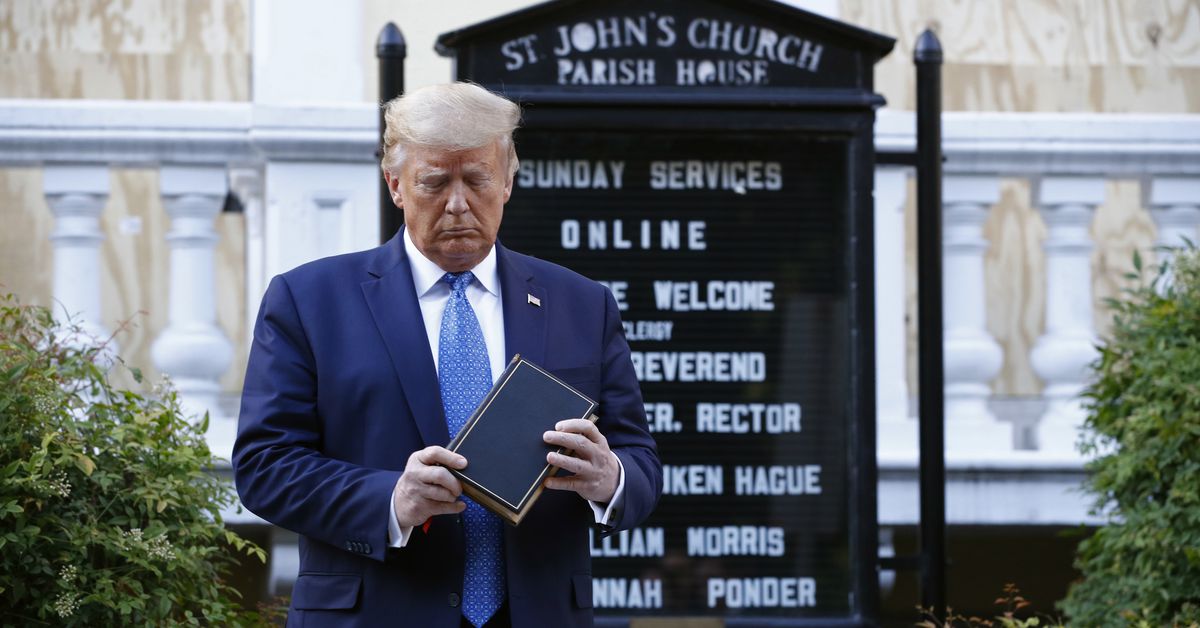 While observers and the media have speculated that evangelical support for Donald Trump could drive believers away, new data tells a different story: Trump’s political presence could be the source of a white evangelical revival in America.

According to the latest figures from the Pew Research Center, between 2016 and 2020, the number of white American adults surveyed who identified themselves as evangelical rose from 25% to 29%, an overall increase of 4%.

During the same period, the number of white non-evangelical Protestants fell by 3%.

We cannot ascribe causation to the reasons why people who became evangelicals became evangelicals, but we can say that among opponents of Trump hardly anyone has become evangelical, said Gregory A. Smith, associate director of research at Pew. I thought it was a very interesting data point.

The study reinforces the increasingly close correlation between white evangelical Protestants and the Republican Party, an affinity that crystallized during the Trump presidency by evangelical leaders who rallied around him. The former president also had an Evangelical Advisory Board, which included a televangelist and head of a Pentecostal mega-church, the Reverend Paula White.

White Evangelical Protestants have long been one of the most Republican constituencies, Smith said. Over the past 25 years, they have become even more Republicans. It is interesting and important that you see this growing correspondence between evangelical identity and political attitudes.

While at first glance the data may suggest that support for Trump is fueling an increase in the number of people identifying as evangelicals, Smith said it could be more white evangelicals joining the Republican Party, as was the case with the unexpected popularity of Mitt Romney among white evangelical Protestants. in 2012.

The survey sample was a subset of a larger group and includes only those who participated in four surveys conducted between 2016 and 2020, but does not include those under the age of 18 in 2016 or 2020. The share of white Americans who identify as evangelical is greater than the share who ceased to identify as white evangelicals, we can confidently say this, Smith said.

He added that it reflects more general religious trends in America. Although the proportion of white Christians, overall, has declined over the past few decades due to the changing demographics of the country as well as the increase in these numbers of white evangelicals without religious affiliation is maintaining or even increasing. .

Pew also found that white voters who identified themselves as evangelical in 2016 and 2020 were even more supportive of Trump during his reelection bid than they were when he ran against Hillary Clinton. The increased support for this group, the Pew States, is one of the main reasons Trump did better with white evangelical voters in 2020 than he did in 2016.

This likely bodes well for Trumps 2024’s electoral outlook. While Trump has yet to officially announce that he will run for president again, many observers believe he will. Among the signs, in addition to the money he has already raised: Earlier this month, Trump launched a National Faith Advisory Council, which was co-founded by Rev. White.

Looking ahead to 2024, Smith said, I can’t speculate on the future. But one thing jumps out at me from the data, there is certainly no indication that Trump lost the support of white evangelicals between 2016 and 2020. On the contrary, he gained the support of this group during his tenure.