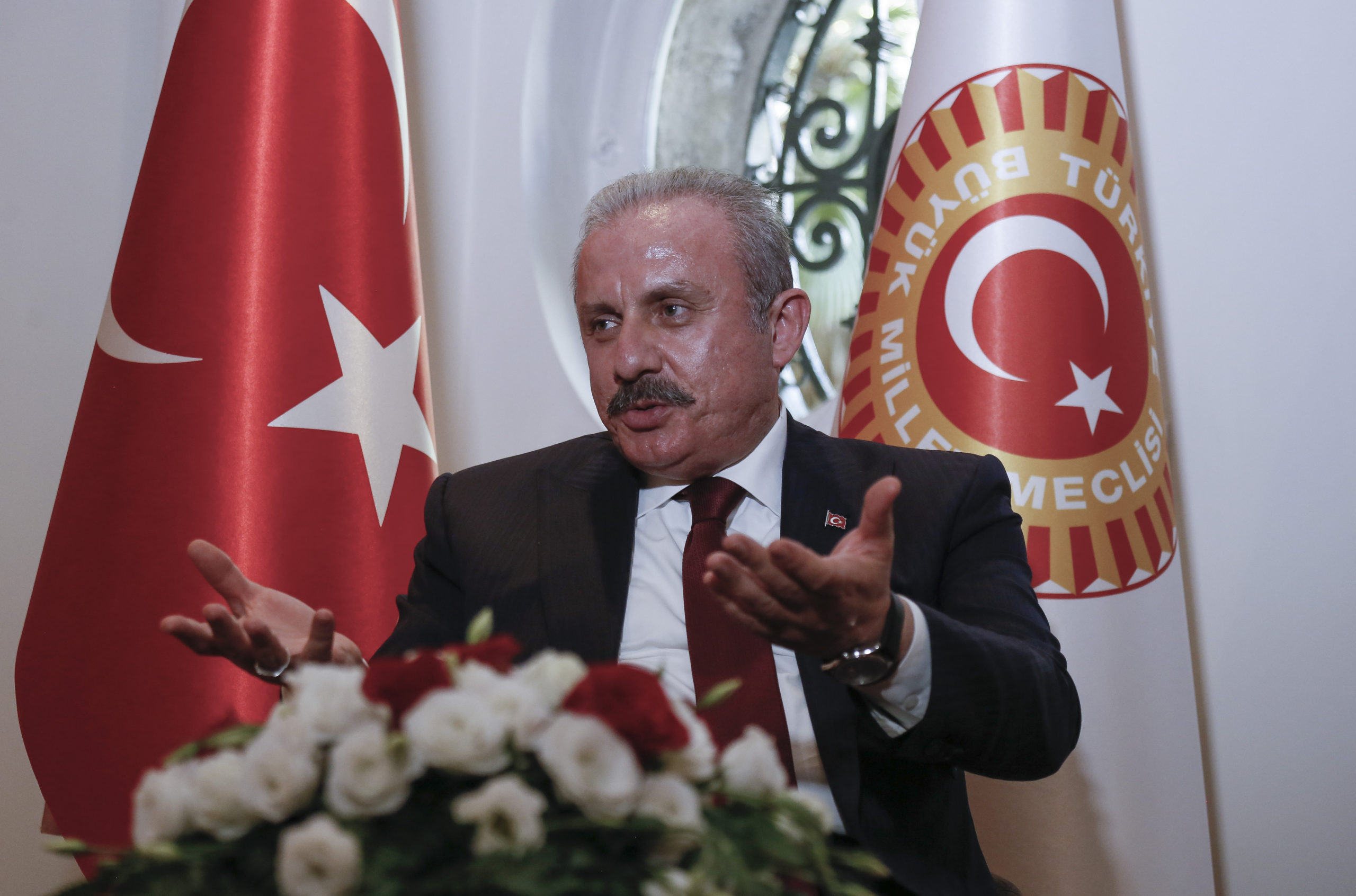 This is the first time in 27 years that a president of the Turkish Grand National Assembly has visited Spain. Mustafa Sentop (Tekirdag, Turkey, 53), representative of the Islamist government party, AKP, broke the lethargy with a three-day trip and a clear message: “Europe must shoulder its responsibilities”. The migration agreement signed between the European Union and Turkey in 2016, he assures, “has not been respected”. “The EU should be ashamed of not respecting the pact,” he said bluntly from the residence of the Eurasian country’s ambassador in Madrid.

In 2016, the Ankara government promised to take care of people who tried to enter Europe from the Greek coast. In return, Turkey would benefit from a series of measures, such as the donation of 3,000 million euros, the liberalization of visas for the country’s citizens, and, above all, the resumption of negotiations for their membership in the community club. Almost since the signing of the agreement, President Recep Tayyip Erdogan has criticized its rupture.

This is also the mantra of the Turkish parliamentary leader today. We have already spent 15 or 20 times more sheltering the refugees than what has been committed by Europe. The EU wants all the wealth to come back to them and other countries to keep the suffering and sadness, but that is not acceptable, ”he said belligerently, surrounded by an entourage typical of a visit to the EU. ‘State.

The lawyer also and university professor estimates at nearly four million the number of refugees, Syrians for the most part, who are on Turkish territory. A month after the Taliban took Kabul, Sentop says they have yet to see an increase in migratory pressure. “But already in the past five years, we have received around 300,000 Afghans,” said the Turkish leader.

“We are not responsible for immigration. We were not involved in the origin of the problem. But we take full responsibility for helping these people. “This requires taking international responsibility,” he says on several occasions.

On the promise also broken, according to Sentop, to resume talks for Turkey’s accession to the EU, the President of the Turkish Assembly criticizes: That two small countries like Cyprus and Greece decide on the inclusion of ‘a big country like Turkey Makes no sense’.

The official visit also aims to forge alliances with his Spanish interlocutors, so on Monday he held a meeting with the presidents of Congress, Meritxell Batet, and of the Senate, Ander Gil. Sentop will also have the opportunity to meet with the chairmen of the joint committees of the European Union, Susana Sumelzo, and of Foreign Affairs, Pau Mar-Klose. Spain and Turkey are two Mediterranean countries which act as a bridge between two continents. “This implies that we have the same problems and that we also have to share the solutions,” he held out his hand.

Last March, in front of an incredulous international community, President Erdogan withdrew Turkey from the Council of Europe Convention for the Prevention of Violence against Women, better known as the Istanbul Convention, signed in this city in 2011. Today, Sentop clarifies why. Neither Turkey nor many other countries understood that the chapter on marriage spoke, in addition to men and women, of a third sex. [trmino utilizado para definir a aquellos que no se identifican como hombres o mujeres]. Neither does he agree that the text speaks of “certain European cultural and social values ​​as if they were valid for the entire world population”.