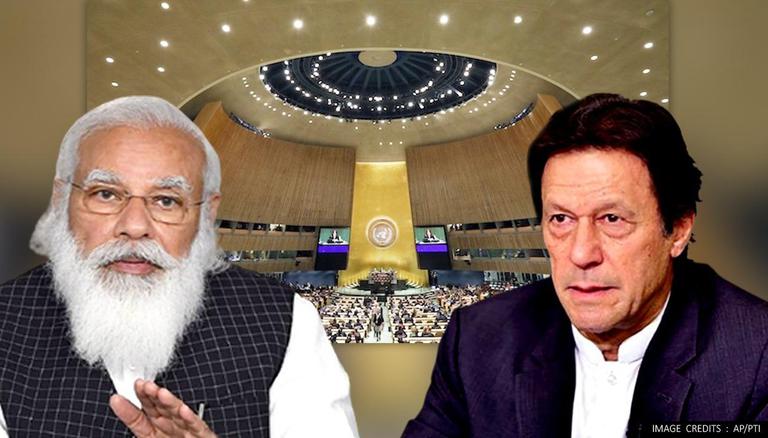 Anticipation is mounting ahead of Prime Minister Narendra Modi’s three-day visit to the United States. The Prime Minister is expected to land in the United States on September 22 for the Quad Leaders Summit and the 76th session of the United Nations General Assembly (UNGA). He will be welcomed to the White House by US President Joe Biden for their first in-person bilateral meeting before the sessions. The first bilateral visit was described by US lawmakers as a “critical moment” for strengthening bilateral relations between the two nations. On the other hand, his speech at UNGA is one of the “most anticipated” among world leaders.

As Prime Minister Modi prepares to attend the much-anticipated events of the global forum, Pakistan, which has been snubbed by the world for its collusion with the Taliban, will send its address virtually. According to sources, Prime Minister Imran Khan is expected to speak again about the “Kashmir question” and, ironically, also call for the need for “peace” in Afghanistan. the Taliban and Haqqani network.

Pakistan is isolated before the UNGA

There was heavy pressure on Pakistan after the United States said it should “reassess” ties with the country because of its open involvement in the fall of the Panjshir Valley. In his first major speech after the takeover of Afghanistan, US Secretary of State Antony Blinken openly highlighted Pakistan’s involvement in hosting Taliban members and militants.

I think you are absolutely right to point out the role Pakistan has played over the past 20 years and even before. This is the one that involved constantly hedging his bets on the future of Afghanistan. It is the one that consists of accommodating members of the Taliban, including the Haqqanis, “Blinken told the House of Representatives’ foreign affairs committee.

Interestingly, America’s biggest snub was revealed by Prime Minister Imran Khan himself. In a recent interview with CNN, he expressed his disappointment by saying that Biden had not spoken to him since he took over the Oval Office in January. Joe Biden is a “busy man,” he said succinctly. The chef also attempted to extend an olive branch, saying Biden’s removal was the “most sane thing” that could have been done.

Even as Pakistan tries to save face by stoking the Afghan crisis at the UNGA, world leaders have seen through its ruse. It will be interesting to note what the UNGA assembly and the QUAD summit have in store for the nation.