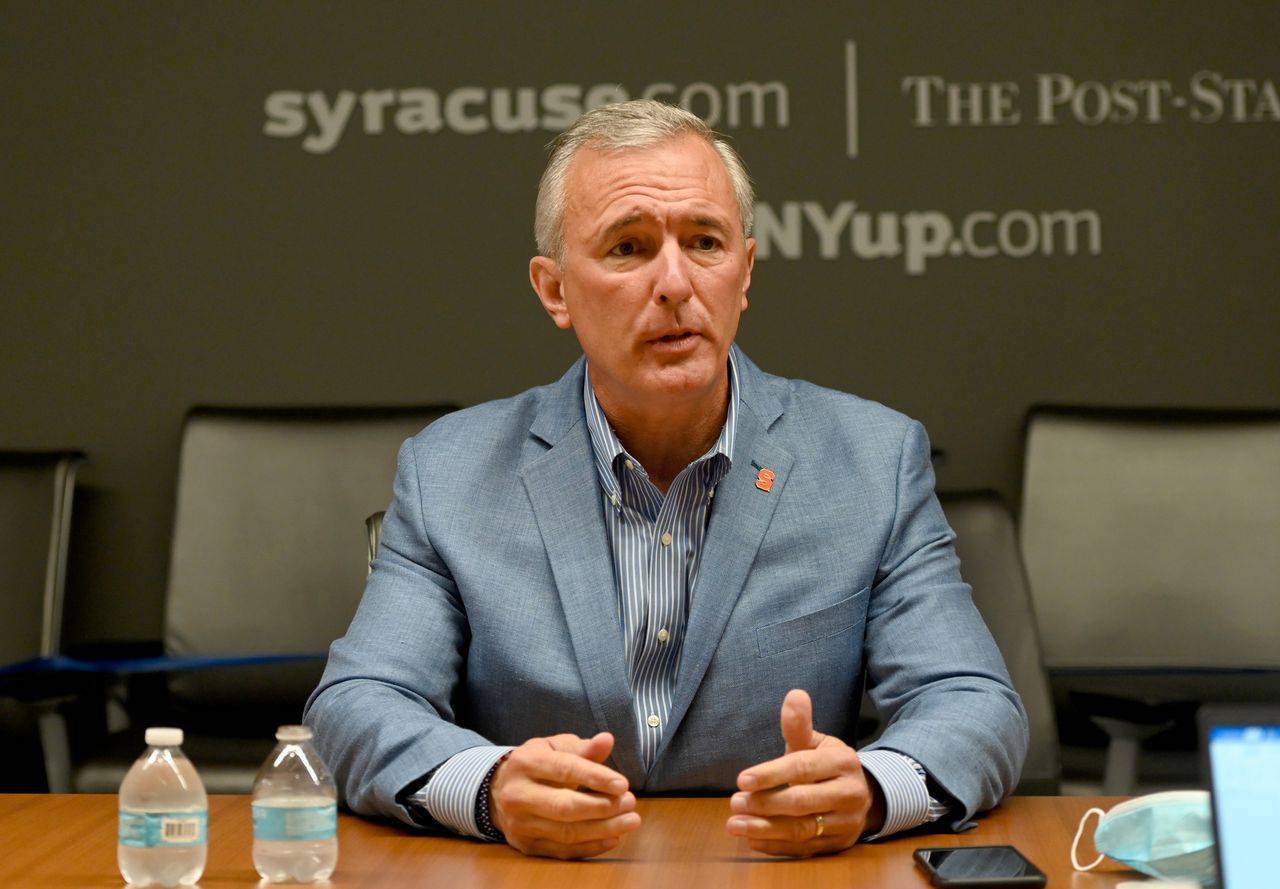 Washington Donald Trump told a radio host on Thursday that hell is working to stop House Republicans from raising money for Representative John Katko and other GOP congressmen who voted to impeach him.

Katko, R-Camillus, is one of dozens of House Republicans that McCarthy is supporting through his steering committee, Take Back the House 2022.

Trump, in an interview on The John Fredericks Radio Show, vowed to ensure that Katko and four other House Republicans who voted for impeachment are cut off from the McCarthys committee’s future financial support.

I’ll see who he’s funding, Trump said of McCarthy, and if he is, I’ll stop the whole deal. I’ll stop him.

Katko, R-Camillus, is among 10 House Republicans who voted to impeach Trump for inciting the Jan.6 attack on the U.S. Capitol.

Katko, when asked about Trump last week, said he should no longer be considered the leader of the Republican Party. The four-term congressman also said he would not be intimidated by the former president.

I don’t back down from anybody when it comes to political threats, Katko told the syracuse.com editorial board | The Post-Standard. I don’t worry about it.

McCarthys’ joint fundraising committee supported five of 10 Republicans who voted for impeachment. In addition to Katko, the others are GOP representatives Peter Meijer of Michigan, David Valadao of California, Fred Upton of Michigan, and Jaime Herrera Beutler of Washington.

Everyone but a Katko in New York City isn’t popular, and I think district hell, but there is a primary for each of them, Trump told Fredericks.

Trump was referring to the fact that no main Republican opponents of Katko have emerged in Onondaga County, where Katko resides.

The Democratic plan would merge parts of Katkos’ 24th Congressional District with that of GOP Representative Claudia Tenney in the neighboring 22nd district. Trump has vowed to back Tenney if she takes on Katko in a primary election.

Trump has also encouraged Conservative Party leaders in Onondaga County to nominate a candidate to oppose Katko next year in a potential primary.

Katko is vice chairman of the Republican National Congressional Committee, the Republican fundraising arm of the House. It has received financial support from NRC in each of its previous campaigns.

Google’s way to spy on employees revealed in the report