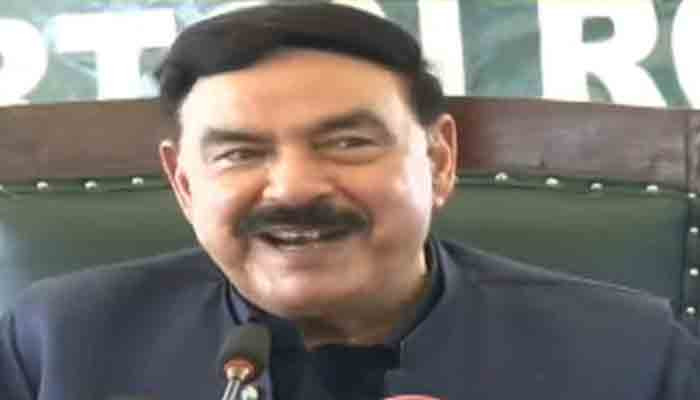 Interior Minister Sheikh Rasheed smiles during a press conference. Photo: Geo News screengrab Home Secretary backs government-approved NAB ordinance. “To my knowledge, no discussion has taken place yet [between the government and the TTP]He said. “I am the companion of Imran Khan; I came with him and I will also go with him, “said the Minister of the Interior.

“The individuals represent the institutions,” said Sheikh Rasheed. “You don’t become a corps commander without accomplishing tasks in difficult terrain such as mountains and deserts,” he said of former ISI DG Faiz Hameed.

Reacting to the previous statement by former Prime Minister Nawaz Sharif on reconciliation with opponents of the PML-N for the maintenance of the rule of law in the country, the Minister of the Interior said that the “ship has sailed ”.

Speaking of the NAB order approved by the prime minister, Rasheed said it was “a legal step taken to remove objections raised by people and the business community”.

He said it was a “calculated step” by the government, reiterating that it was taken to facilitate people.

When asked why he had not been briefed on the government’s talks with Tehreek-e-Taliban Pakistan (TTP), Rasheed said Pakistan wanted Afghan soil not to be used for subversive activities.

“To my knowledge, no discussion has taken place yet [between the government and the TTP],” he stated.

Speaking about the 2023 general election, Rasheed said there were only two years left in the government’s constitutional tenure, adding that he planned to spend the six months of his rule campaigning.

However, he predicted that a “new alignment between the PPP and the PML-N” would emerge for the next election.

“I am the companion of Imran Khan, I have come with him and I will also go with him”, he added.

In response to a question, Rasheed said it “has been proven” that India played a role in New Zealand’s last minute withdrawal from Pakistan. “I am telling you this after a thorough check. The security personnel that we deployed for the New Zealand team outnumbered the soldiers in their army.”

He said 8,000 security personnel have been deployed to provide security for the New Zealand team while “they [New Zealand Army] are only 7,800 “.

Does Trump Support Cryptocurrency Or Bitcoin?