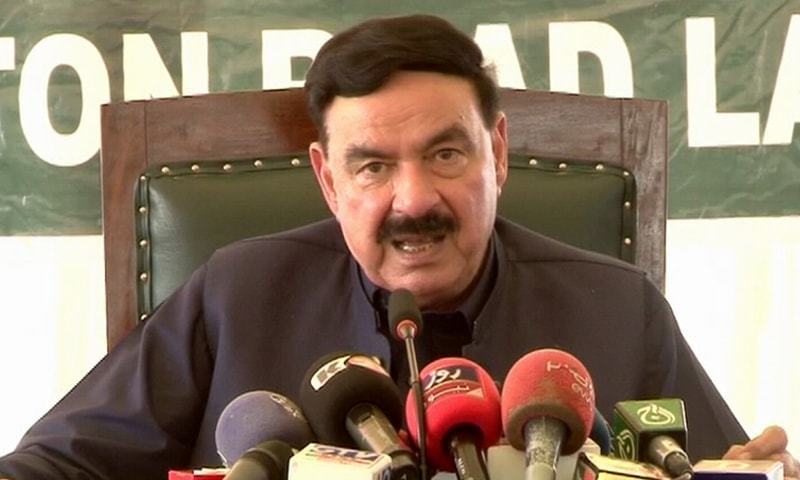 Interior Minister Sheikh Rashid Ahmed said on Thursday that Pakistan would continue its aid to Afghanistan, without giving in to any pressure from the rest of the world.

“They (the Afghans) are our brothers and they are our neighbors,” Ahmed said at a press conference in Lahore, adding that, as Prime Minister Imran Khan had clarified, once the world s he is about to take a decision on Afghanistan, Pakistan would follow suit.

Following the Taliban takeover of Kabul in August this year, Pakistan has consistently called for recognition of the new Taliban government, help to avert the looming humanitarian crisis in Afghanistan, and the resumption of development assistance for the new administration in order to prevent an impending economic collapse there. It has dominated Pakistan’s foreign policy agenda in recent weeks.

And while most Western countries have expressed interest in engaging with the Taliban and pledging humanitarian aid, they have been reluctant to officially recognize the group as the government of the day in Afghanistan and provide development assistance that has historically funded the functioning of state institutions. the.

The Home Secretary’s statement in this regard comes as a US delegation, led by Deputy Secretary Wendy Sherman, arrives in Pakistan for talks aimed at bridging a growing rift between Washington and Islamabad on the Afghan issue.

According to a report by Dawn, which cites diplomatic sources in Washington, the Biden administration is focusing on four major points in its talks with Pakistan: recognition of the Taliban government in Kabul, international sanctions against Afghanistan, access to Afghanistan and counterterrorism cooperation. .

The sources told Dawn that the United States did not want Pakistan to recognize the Taliban regime before the rest of the international community. Instead, he wanted Pakistan to continue its efforts to soften the Taliban’s stance on controversial issues, such as inclusive governance, human rights, girls’ education and enabling women to work, according to the report.

He added that the Americans believed that a change of position on these issues could have a positive impact on the image of the Taliban and pave the way for their acceptance into the United Nations.

A day ago, Maryam Nawaz held a heated press conference before the appointment of Lt Gen Nadeem Ahmed Anjum as the new head of Inter-Services Intelligence.

Ahmed said that by making such scathing and irresponsible statements the opposition was only adding to their difficulties.

He said transfers, promotions and postings in the armed forces were a common occurrence and that “targeting sensitive departments was the height of irresponsibility.”

Ahmed added, “The people represent the departments and you don’t become a corps commander overnight. You have to spend your life doing tasks. [in tough situations] in mountains, rivers and deserts. ”

“Vaccination questioned in the context of a conspiracy”

On the issue of vaccination against Covid-19, Ahmed said it was deliberately questioned, as part of a conspiracy.

“The latest news from the vaccination of the dead is also being broadcast. In doing so, who is served?” asked the Minister, without referring to a particular incident of this nature.

He went on to say that questioning vaccination was tantamount to strengthening the enemy at a time when the common man was to benefit from decisions taken to control the pandemic by Prime Minister Imran Khan and the National Command and Control Center. surgery.

Responding to a question on the recently promulgated National Accountability Ordinance, the minister said the move was aimed at making life easier for people and businessmen.

On another question, he said he plans to re-align the PML-N and the PPP in the run-up to the 2023 general election.