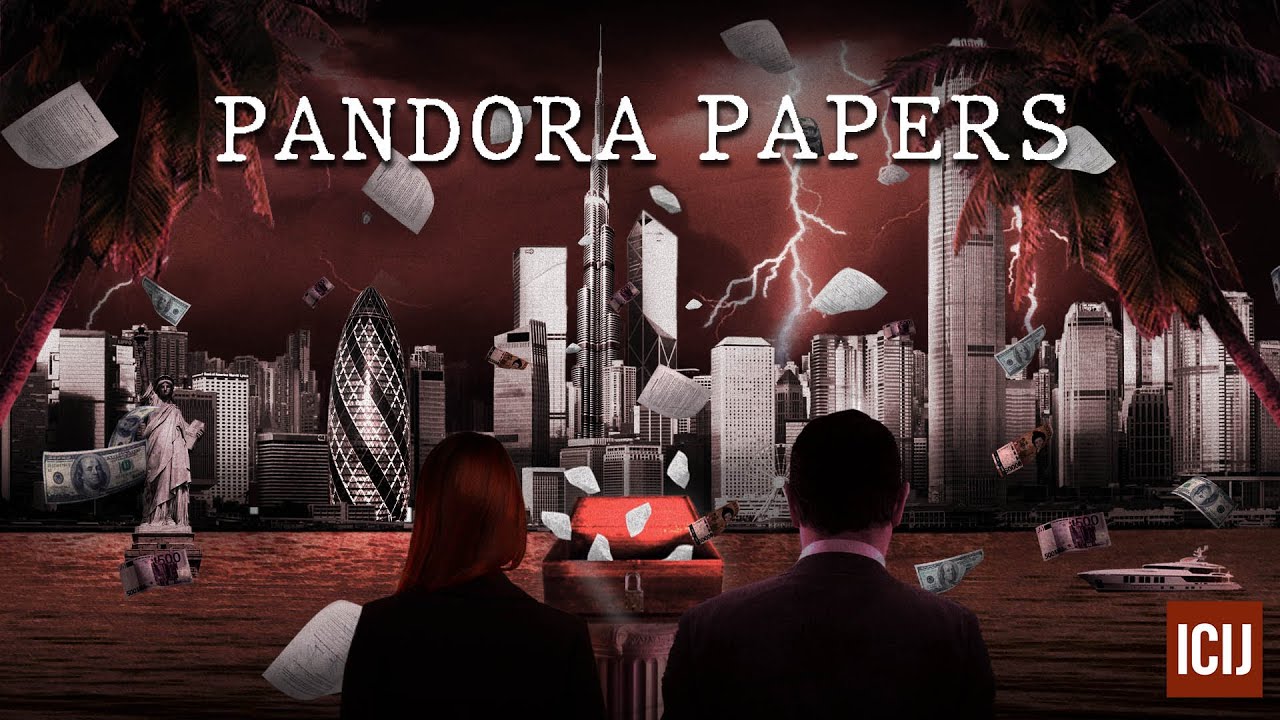 The Pandora Papers leaked to the Washington-based International Consortium of Investigative Journalists (ICIJ) recently failed to create the kind of storm caused by the Panama Leaks five years ago.

However, as they include the names of 700 Pakistanis, including members of Prime Minister Imran Khan’s cabinet, businessmen, investors, retired generals and media owners, among others, the opposition as well as critics who rejected the cell formed by Prime Minister Imran Khan to investigate offshore business owners and called on government officials and ministers named in the documents to step down immediately.

Pakistan People’s Party (PPP) Vice Chair Senator Sherry Rehman said, “We do not accept a government committee where they investigate their own people. When it comes to the opposition, the NAB is involved at first instance and a media trial begins, but when it comes to theirs, the government has formed a committee. We do not support media litigation, but the rules should not be different for the opposition.

Where is the money trail now? Why are they not taking this issue to court? No one should be above the law. It certainly won’t be an independent neutral committee and will be biased so how do we go about it? If JITs can be formed for the opposition, why is it not the same in this case? Sherry questioned.

The so-called leader who previously presented himself as Sadiq and Ameen (honest and trustworthy) now has two other offshore companies, Iqbal said.

The secretary general of the PML-N recalled that even before the publication of the Pandora Papers, the spokespersons of the PTI and of Prime Minister Imran had started to defend the Prime Minister.

It can be mentioned here that Prime Minister Imran Khan expressed determination to investigate all people at all levels named in the Pandora Papers. Appropriate action would be taken if wrongdoing was established, the prime minister said, forming a committee to investigate the revelations made by Pandora Paper Leaks.

Sources told Bol News that after Prime Minister Imran held a meeting to discuss the leaks and the overall political situation with senior PTI leaders and federal ministers, he proposed this development.

The National Accountability Bureau (NAB), the Federal Investigation Agency (FIA) and other law enforcement agencies have been tasked with investigating the Pandora leaks with the first instruction to bring the facts to court. the nation.

The leaked data also reveals the names of the family of Federal Minister of Industries Khusro Bakhtiyar and the former son of Prime Minister’s Special Assistant Imrans Waqar Masoods.

Sources told Bol News that although the names of billionaires, key politicians, former generals and business tycoons have surfaced from Pakistan, the Pandora Papers have not made any surprising revelations. Keeping a company offshore is not a crime unless it is done with ill-gotten money. But it will still be a test for the PTI government led by Imran Khan whose sole purpose and narrative is accountability since day one after coming to power in 2018, they said.

Meanwhile, commenting on the Pandora Papers and their impact, senior tax consultant and lawyer Dr Ikramul Haq told Bol News that elected public officials, public office holders and those serving as government employees cannot hide behind the laws relating to confidentiality and secrecy.

They cannot avail themselves of tax amnesty programs because that would be an admission of wrongdoing by fulfilling their tax obligations and having unexplained money. It seems that while advising Pakistani politicians who have chosen to participate in politics, tax advisers have clearly overlooked this essential point. It surfaced in the Pandora Papers, Dr Haq said.

When the assets, liabilities, earnings and income of an elected or running candidate are camouflaged or concealed by resorting to different legal devices, including the provisions of Benami, Trustee, Agent, etc. In order to constitute the title holders, it would be appropriate for an electoral tribunal to ascertain whether the beneficial interest of these assets or income resides in the elected or competing candidate in order to determine whether his false or incorrect declaration under Article 12 (2) of the LRRP is intentional or not.

The same provisions are now included in the 2017 electoral law.

Dr Haq maintained in light of information that became public through Pandora Papers regarding assets held abroad by a number of public office holders as defined by the National Accountability Ordinance, 1999, effective as of dated January 1, 1985, on their behalf or through legal arrangements including benami, offspring or siblings, trustee and agent, etc., National Accountability Bureau (NAB), Federal Investigation Agency (FIA), Federal Board of Revenue (FBR), State Bank of Pakistan (SBP), Election Commission of Pakistan (ECP) and authorities authorized to investigate financial matters according to their respective jurisdiction.

Dr Haq added that it is true that companies and shareholders are separate entities and that a shareholder is not responsible for all the assets and liabilities of the company. But this principle does not apply in the case of a front company, even managed by a trust. Since shell companies are used as a means of concealing wealth and / or evading tax, the corporate veil must be lifted for the investor / beneficial owner to be required to explain the sources of all assets. / liabilities in its application documents as well as in the declaration of assets filed under the Income Tax Ordinance, 2001.

The senior tax advisor was of the view that the laws for public office holders specifically require careful consideration of the disclosure of wealth on their own behalf, on behalf of a spouse or other person (benami) and a reconciliation of means totals and total investments / expenses.

These laws cannot be undone by resorting to different legal arrangements, including benami, trustee, agent or any other arrangement to constitute title holders, etc. If there is any discrepancy or evidence of deletion and / or concealment (provided by anyone or a whistleblower), the Special Joint Committee of Parliament should refer the matter to the appropriate department / authority, e.g. SBP, FBR, NAB, FIA, military authorities, as appropriate, to take action under the law, he said.

Dr Haq added that this is the most desirable / reliable accountability system adopted by many countries and known to be very transparent based on genuine surveys and clues. The mere formation of businesses is not a crime, but their use for tax evasion and concealment of the nation’s plundered wealth is highly undesirable in any democratic system. This should be dealt with in accordance with the relevant laws and the recovery of lost taxes or looted wealth from the nation should be ensured, he said.

All political parties, instead of scoring political points and / or gossiping, must purge their ranks and files of black sheep. Civil servants, after their retirement, indulging in such faults, no matter how powerful, should be treated with an iron fist. This is the test of the whole system, said Dr Haq.

For Haq, all over the world, the main issue in the wake of Pandora Papers is empowering people representing people and in public office, they should not hide their financial matters behind the laws of secrecy and privilege.