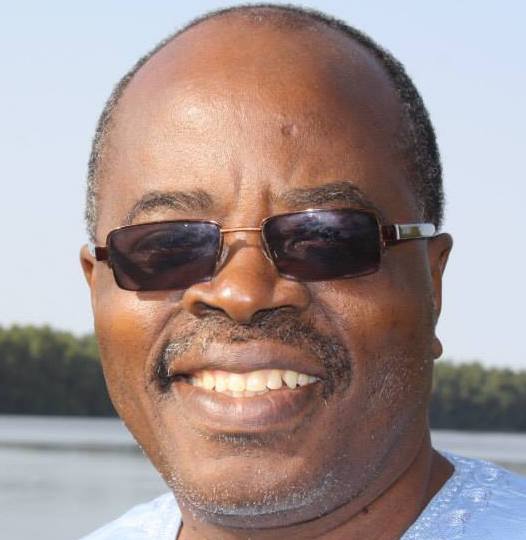 Unlike Iceland, there has been largely no popular reaction to the news of the crime-prone African political and business elites who have hidden much-needed development funds, as the leaked Panama Papers show. There have also been no private prosecutions demanding accountability, as in Pakistan. Criminal prosecutions have also been largely lacking.

Indeed, there is a whole expanse of ocean separating the small country of Repblica de Panam (Panama) from the African continent. It is safe to say that many, in fact, most Africans do not know Panama, a small strip of land joining Central and South America, with a population of four million people.

Some Africans may have learned in school the Panama Canal, built over a ten-year period by the US Army Corps of Engineers from 1904. The canal provides an invaluable artificial link between the Atlantic and Pacific Oceans.

Other Africans who were politically aware may remember Panama from the US invasion of the country on December 20, 1989 at the behest of President George HW Bush in Operation Just Cause, which toppled military leader President Manuel. Noriega, and took him to trial in the United States for drug trafficking, racketeering, and money laundering, among others. He had, for about 40 years, been a reliable hand of the CIA, providing information and assisting in the transit of weapons for US interests in counterinsurgency efforts in Central and South America. Of course, such friendships are not permanent and only last until interests change. Noriega received a 40-year sentence which was commuted to 17 years for good behavior and was later extradited to France, where he was sentenced to seven years for offenses similar to those in the United States. Before going far in his sentence in the French prison, his return to Panama was negotiated to maintain life in prison in his country, for the murder of a political opponent, for which he had been convicted in absentia in 1995. He died in Panama City on May 29, 2017.

However, a few African political and business leaders know more about Panama beyond its canal and political history, as these leaders have used the services of Mossack Fonseca, a Panama-based law firm, to allegedly store records. funds abroad. Indeed, Mossack Fonseca would have been the fourth largest coordinator to find havens for shady money – which is being invested in different countries through offshore companies, on behalf of high-end thieves who have betrayed the fiduciary duty to take care of the public money in their respective trusts, or will not escape tax. Indeed, whatever the point of view, putting money aside in secret offshore accounts managed by Mossack Fonseca of Panama suggests a high probability of a criminal enterprise.

The first victim of the massive Panama Papers leak was Sigmundur Davio Gunnlaugsson, the Icelandic Prime Minister. While there is no evidence that he and his wife evaded tax or engaged in similar criminal acts, the fact that he did not disclose his interests when he entered Parliament and that his wife had an interest in bank bonds, which her husband, as Prime Minister, had previously negotiated with the banks …

The secret concealment of crime-generated money revealed by the Panama Papers, which was reportedly disclosed in 2015, was made available to the world on April 3, 2016 in a cache of over 11.5 million files or 2.6 terabytes of data. , by the International Consortium of Investigative Journalists (ICIJ). This leak exposed many former heads of state, sitting heads of state and / or government, other serving officials or former officials in many jurisdictions and, of course, business people, as well as family members of these few elites. A total of 143 of these people around the world are believed to have been exposed.

The first victim of the massive Panama Papers leak was Sigmundur Davio Gunnlaugsson, the Icelandic Prime Minister. While there is no evidence that he and his wife evaded tax or engaged in similar criminal acts, the fact that he did not disclose his interests when he entered Parliament and that his wife had an interest in bank bonds, that her husband, as prime minister, who had previously negotiated with banks on behalf of Iceland, raised a public outcry. More than 22,000 people have gathered in parliament to demand accountability as a result. He had no choice but to resign from his post on April 5, 2016.

More recently, Nawaz Sharif, former Prime Minister of Pakistan was dismissed from his post and disqualified from public office for ten years by the Supreme Court of Pakistan on July 28, 2017. His nemesis came following a demanding trial accounts on the Nawaz Sharifs family. link with the Panama Papers. The trial: Imran Khan Niaz v. Mian Muhammad Nawaz Sharif was brought before the Supreme Court of Pakistan between November 1, 2016 and February 23, 2017 by Imran Khan, the former popular cricketer turned politician and party leader, in which he alleged money money laundering, corruption and contradictory statements on the links between the Sharifs family and some eight offshore companies. This was reported by Al Jazeera on November 1, 2016.

The international media have paid a lot of attention to the mention of Ian Cameron (father of David Cameron, former Prime Minister of the United Kingdom) and members of the House of Lords and Commons, in the Panama Papers. Ian allegedly operated an underground fund arrangement: Blairmore Holdings Inc managed tens of millions of pounds of assets on behalf of his family without, for more than 30 years, paying a penny of UK profit tax, as Juliette Garside pointed out. April 4, 2016. Some would go so far as to suggest that the father’s sins were inflicted on the son as a further factor in David’s downfall as the British people voted Brexit against him.

Corrupt African political leaders, thieves and tax evaders, whether in business and / or public life, share the same immunity through impunity. This situation is the result of a great tolerance and / or popular indifference for theft and / or greed on the African continent.

Africa has its fair share of political and business leaders who have hidden stolen money or engaged in tax evasion through multiple offshore companies, as the Panama Papers show. The African names that appear on the leaked documents are a Who is Who list that Google easily spits out. This secret diversion of resources from Africa by a privileged few concerns about three quarters of the member countries of the African Union. Large resource-rich countries like Nigeria, Angola and slightly less resource-rich countries like Ghana, Sierra Leone, etc. are high on the list.

Unlike Iceland, there has been largely no popular reaction to the news of the crime-prone African political and business elites who have hidden much-needed development funds, as the leaked Panama Papers show. There have also been no private prosecutions demanding accountability, as in Pakistan. Criminal prosecutions have also been largely lacking. However, eternal investigations are supposed to continue in some countries. The attention of international and African media has been minimal. It appears that the threshold for corruption causing an outcry is very low when it is in Africa. Or how to explain the sparse media campaign, in general, or the tiny attempt at some effort to dig deeper under the rubric of investigative journalism on what had been published about African countries and peoples in Mossack Fonseca’s Panamanian files? ?

Don’t Africans appreciate the scope of corruption as being responsible for the continent’s underdevelopment?

Winnie Byanyima, Executive Director of Oxfam International, in her speech A Powerful and Corrupt Elite Steals Its Wealth from Africa in August 2016, also lamented the poor reaction in Africa to the Panama Papers. She had, in this article, highlighted some of the impact of the scourge of corruption when she noted: One in 12 African children dies before their fifth birthday. Thirty-four million children are deprived of a primary education, and Africa has the lowest secondary school enrollment rate in the world. Forty million young people are out of work on our continent. It is a difficult time for a young African.

Corrupt African political leaders, thieves and tax evaders, whether in business and / or public life, share the same immunity through impunity. This situation is the result of a great tolerance and / or popular indifference for theft and / or greed on the African continent.

Support PREMIUM TIMES ‘honest and credible journalism Good journalism is expensive. Yet only good journalism can guarantee the possibility of a good society, responsible democracy and transparent government. For free and ongoing access to the best investigative journalism in the country, we ask that you consider modestly supporting this noble enterprise. By contributing to PREMIUM TIMES, you help maintain relevant journalism and keep it free and accessible to everyone.