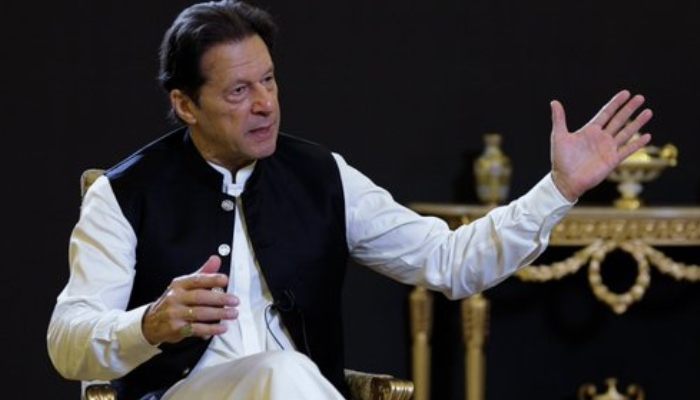 Prime Minister Imran Khan said the United States (United States) must pull itself together and provide aid to Afghanistan or face its collapse which would become a safe haven for Islamic State militants.

In an interview with the Middle East Eye (MEE) in Islamabad, the prime minister said it was important to Pakistan that Washington rise to the challenge because his country, where tens of thousands of people have died in a conflict linked to the United States. war on terrorism ”would once again pay a heavy price.

It is a critical time, and the United States must pull itself together because the Americans are in shock, the Prime Minister has said categorically.

They were imagining some kind of democracy, nation building or liberated women, and suddenly they find out that the Taliban is back. There is so much anger and shock and surprise. Unless America takes the lead, we fear there is chaos in Afghanistan and we will be hit the hardest.

Two decades later, the Prime Minister declared that the United States had no choice but to do everything in its power to support a stable government in Afghanistan, as the Taliban was the only option to fight it. Islamic State in the region and intransigent elements in the Taliban’s own ranks.

The world has to engage with Afghanistan because if it pushes it back, within the Taliban movement there are extremists, and it could easily come back to the 2000 Taliban and it would be a disaster.

The Taliban are still on the US Treasury’s sanctions designation list, effectively barring the group from accessing more than $ 9 billion in US-held assets owned by the Afghan Central Bank.

The prime minister stressed that sanctioning the Taliban would lead to a humanitarian catastrophe, with half of the population already below the poverty line and 75 percent of Afghanistan’s budget dependent on international aid.

If they leave Afghanistan like that, my worry is that Afghanistan could easily go back to 1989, when the Soviets and the United States left and over 200,000 Afghans died in the chaos, he said. he declares.

Prime Minister Imran told MEE he warned Biden, John Kerry and Harry Reid and then all senators – in 2008 that they were creating a quagmire in Afghanistan for which there was no military solution. “They didn’t listen,” he said.

We were so relieved because we expected a bloodbath, but what happened was a peaceful transfer of power. But we also felt we were blamed for it. Three hundred thousand [Afghan army] the troops surrendered without a fight, so it’s clear we didn’t tell them to surrender.

When asked if the Taliban formed an inclusive government, Prime Minister Imran admitted he was not inclusive, but said the government was a transitional government.

They need an inclusive government because Afghanistan is a diverse society.

The space sector has opened up to “innovate exponentially”: PM Modi