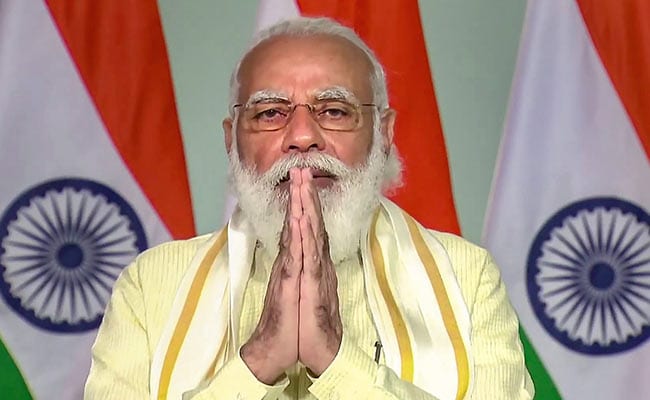 Protocols reserved for state guests will be followed to receive the Buddha relics from Sri Lanka during Prime Minister Narendra Modi’s October 20 visit to Kushinagar to inaugurate an international airport, Culture Ministry sources said on Tuesday. .

A seat will be assigned to the relics on a Sri Lankan Airlines flight, an official said. A team of 123 Sri Lankan delegates, including an entourage of 12 Holy Relic members led by the current mahanayaka of the Waskaduwa temple, will accompany the relics.

The delegation will also include anunayakas (deputy heads) from the four Nikatas (orders) – Asgiriya, Amarapura, Ramanya, Malwatta – of Buddhism in Sri Lanka, as well as five ministers from the country’s government headed by cabinet minister Namal Rajapakshe.

“The relics will have a separate seat on a SriLankan Airlines flight. The Chief Minister of Uttar Pradesh (Yogi Adityanath) will receive the relics. All protocol associated with the state guest will be followed. The relics will be hosted by Mahayana monks there, “the official PTI news agency reported.

Prime Minister Narendra Modi will inaugurate Kushinagar International Airport on Wednesday, which aims to connect Buddhist pilgrimage sites around the world and initiate various development projects there during his visit to polling place Uttar Pradesh.

The prime minister’s office said he would also participate in an event to mark Abhidhamma day at the Mahaparinirvana temple in Kushinagar before attending a public function to inaugurate and lay the foundation stone for various development projects.

The inauguration of Kushinagar International Airport will be marked by the landing of the inaugural flight at Colombo Airport, Sri Lanka, carrying the Sri Lankan delegation.

“The highlight of the event is the display of the sacred Buddha relic brought from the Waskaduwa Sri Subuddhi Rajvihara temple in Sri Lanka by the Mahanayake of the temple. They will also be opened to the public for worship,” the official said. .

In 1898, archaeologists from the Archaeological Survey of India excavated a large mound in the estate of British landowner William Claxton Peppe in Piprahwa, in the Sidharthnagar district of Uttar Pradesh, just 160 km from Kushinagar.

“So these relics are accepted as real (bone fragments, ashes, pieces of Buddha jewelry,” the official said.

Some of the Buddha relics obtained from this stupa were sent to the King of Thailand, another to the King of Burma while another was given to Sri Subhuthi Mahanayake Thero of the temple in Waskaduwa, Sri Lanka, who had helped the ASI team.

Since then, the relics have been enshrined at Rajguru Sri Subhuthi Mahavihar Waskaduwa in the island nation.

Part of the relics inlaid in three small lotuses enclosed in a crystal ball kept in a coffin fixed on a wooden stand are brought to Kushinagar for public display.

Prime Minister Narendra Modi will offer prayers to the holy relic and also visit the Mahaparinirvana temple to offer flowers and chivar to the reclining Buddha statue, officials said.

Prime Minister Modi will be accompanied at the event by eminent monks from Sri Lanka, Thailand, Myanmar, South Korea, Nepal, Bhutan, Cambodia and a large number of ambassadors from various country.

The Union Ministry of Culture and the International Buddhist Confederation in association with the government of Uttar Pradesh are organizing Abhidhamma Day on October 20, 2021, on the occasion of Ashwin Poornima.

“During the major Abhidhamma Day celebrations on October 20, the sacred relic of the Buddha will be taken to Kushinagar, UP for the exhibition. Traditionally, Buddhist monks commemorate the day of Abhidhamma marking the end of a rainy retreat. of three months – Varshavaas – during which they pray in one place, “tweeted Union Culture and Tourism Minister G Kishan Reddy.

The ancient city of Kushinagar in UP is the final resting place of the Buddha. It is one of the most important pilgrimage sites for Buddhists since ancient times.