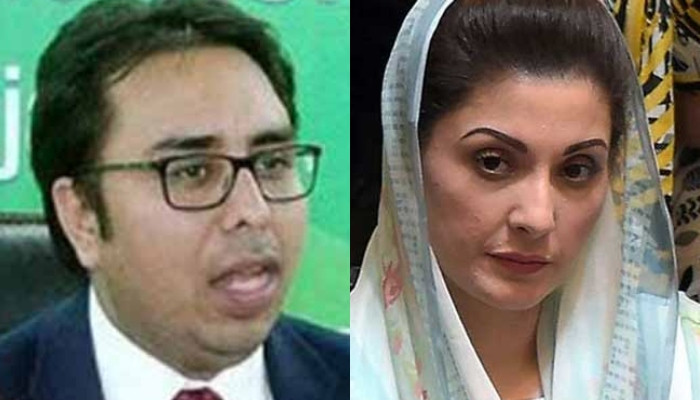 Special Assistant to Prime Minister Shahbaz Gill (left) and Maryam Nawaz. Photos: Geo.tv/fileMaryam Nawaz lashes out at Prime Minister Imran Khan, accusing him of “eating” Toshakhana’s gifts. Gill responds to Maryam Nawaz, says Pakistan ranks much better on the Global Hunger Index despite COVID and its impact on economies. The government refuses to share details of gifts received by PM from other countries.

Addressing the Rehmatulil Alameen conference on Tuesday, Prime Minister Imran Khan highlighted examples from the life of the Holy Prophet Mohammad (PBUH) and his followers, especially in governance, accountability and morality.

PML-N Vice President Maryam Nawaz referred to a famous quote from Hazrat Umar (RA) who feared God would hold him responsible for failing in his duty on Judgment Day even though a dog died of hungry on the banks of the Euphrates.

“Hazrat Umar Farooq (RA) held responsible even for one kurta and chadar (clothing), while you ate the gifts from Toshakhana? And at the same time, you said defiantly that you will not hold yourself responsible for it. ? ” she wrote.

The Prime Minister’s Special Assistant for Political Communication Dr Shahbaz Gill attacked the PML-N Vice President in response to her tweet, claiming that during PML-N’s tenure Pakistan ranked 106th out of 119 on the World Hunger Index.

“While today, as world economies collapse and hunger is rife almost everywhere, Pakistan is ranked 92nd on the World Hunger Index,” he said.

Gill had also said earlier that the government would not disclose details of gifts the prime minister received, adding that they are neither advertised nor compared to those from any other country.

Gill had responded to a debate on social media that the government was keeping details of the gifts Prime Minister Imran Khan received from other heads of state a secret.

Gill had said that posting lists of gifts and comparing them with those in other countries is considered inappropriate, especially by Islamic countries with which Pakistan has fraternal relations.

The SAPM had stated that usually Prime Minister Imran Khan deposits such gifts at Toshakhana, however, if he wishes to keep them with him, he has to pay an amount for them.

But he did not specify which particular gifts were withheld and what was deposited at the Toshakhana.

During the previous terms of office, an amount of 15% was paid for such gifts; however, during the PTI government, a prize of 50% of the gift is deposited in the treasury, he said.

Laughing at the former leaders, Gill had said gifts from other countries have not and will not disappear during the PTI’s tenure.

The government refused to share information about the Prime Minister’s gifts and also challenged the Information Commission’s order to share this information with a citizen.

The Cabinet Division believes that releasing such details will create unnecessary hype and news, and it could also impact relations with friendly countries.

Cases are pending in Pakistani courts against former prime ministers and a president, including Asif Ali Zardari, Nawaz Sharif and Yusuf Raza Gilani, over gifts they received on official tours.

Nawaz, Zardari and Gilani are named in a reference for allegedly obtaining luxury vehicles from the treasure by paying 15% of the actual price.

There has not been a single case of serious human rights violations, breaking eggs

Rahm Emanuel secures the support of an unlikely ally: a Trumpian Republican