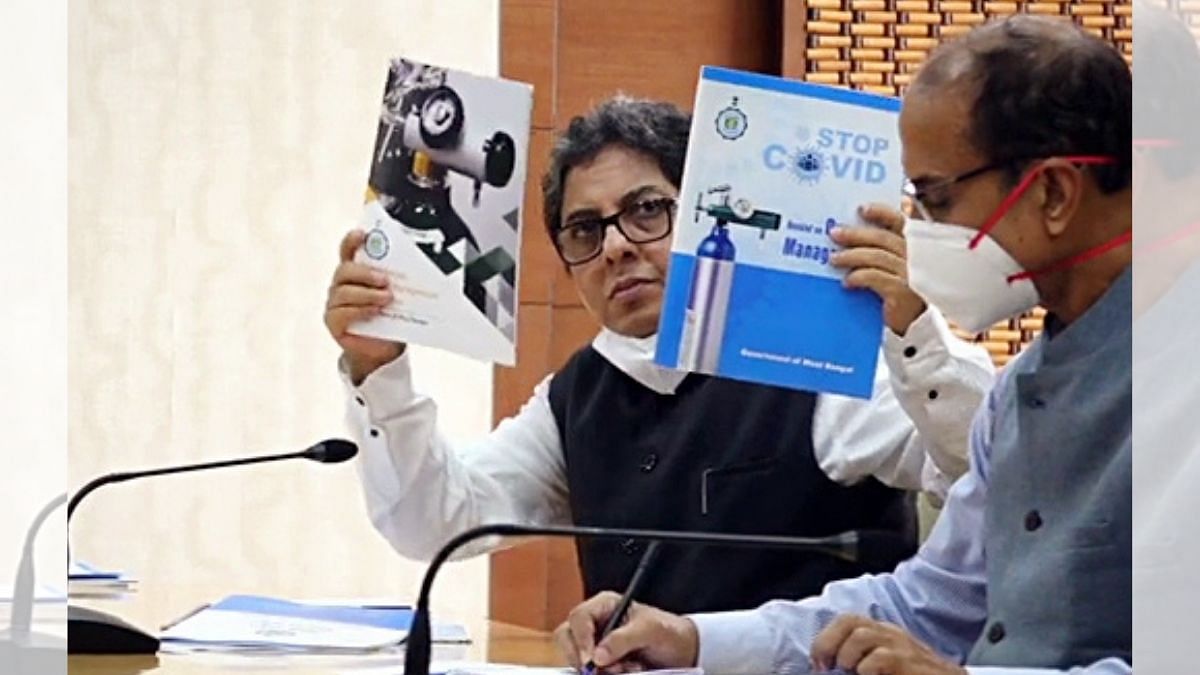 Sources in the state government said Bandyopadhyay filed the claim with the CAT in early October and included an argument challenging the jurisdiction of the Indian government to initiate the misconduct investigation against him.

A senior West Bengal government official, who did not want to be appointed, told ThePrint: In a federal structure, the Center may advise the relevant state government to conduct disciplinary proceedings against an IAS agent, but cannot directly investigate the agent. There are several Supreme Court decisions in this regard. We have cited them. This is a quasi-judicial process and we will wait to see the final order from the CAT.

Read also : Alapan Bandyopadhyay Not just an IAS officer, but a convenience store Mamata can’t do without

Bandyopadhyay, who is now the chief adviser to Chief Minister Mamata Banerjee, was caught up in a feud between the Modi government and the state administration in May.

First, he did not show up to receive Prime Minister Modi at Kalaikunda Air Base in West Midnapore (neither CM Banerjee).

Next, Bandyopadhyay reportedly walked out of a review meeting chaired by the Prime Minister on the damage caused by Cyclone Yaas. Sources said Mamata Banerjee left after a brief chat with Modi, and the chief secretary followed suit.

State government officials said there was no disciplinary misconduct in the episode. According to a second senior official at the Nabanna State Secretariat, the CM and the chief secretary informed the PMO of another administrative meeting that coincided with the arrival of the PMs. A minister of state was present to receive the prime minister, in accordance with protocol, the official added. Mamata Banerjee said at a press conference later that she sought permission from the prime minister before leaving the meeting.

However, hours after an argument broke out over the matter, Bandyopadhyay was asked to report to the National Capital’s Personnel and Training Department (DoPT). However, he chose not to comply with the central directive and retired on May 31, after which the Center took disciplinary action against him. Immediately after his retirement, CM Banerjee appointed him senior advisor to his government.

The charges brought by the central government mainly relate to Alapan Bandyopadhyays’ decision to leave the meeting with the CM and not to stay behind until the Prime Minister leaves. The charges do not include his absence at the air base to receive the prime minister, the aforementioned first senior official said.

Bandyopadhyay’s petition to CAT mentions the protocol to be followed in such cases, the official said.

AlapanBandyopadhyay followed the explicit and specific instructions of his immediate superior authority, the Chief Minister of the State. The Chief Minister entered the meeting, greeted the PM, handed over the reports and a Powerpoint presentation, and took the PM’s permission to leave the meeting, as she was due to attend another meeting. She also asked the PM to allow the Chief Secretary to leave the meeting. After approval by the PM, the CM and the SC left the meeting. These are all documented facts, and they have been presented to the CAT, the official said.

The case before the CAT now relates to the duties and protocol of an IAS officer in the service of state government.

How should an IAS officer work or behave? Should he not obey his immediate higher authority? These need to be clarified. AlapanBandyopadhyay will cooperate with the investigation carried out by the investigator appointed by the Center last week, the official added.

(This report has been updated to reflect the fact that Bandyopadhyay filed the application in early October, not June.)

Read also : PM does not have individual powers under NDMA. Questionable notice to Alapan Bandyopadhyay

Sikh men use turbans to save waterfall hikers