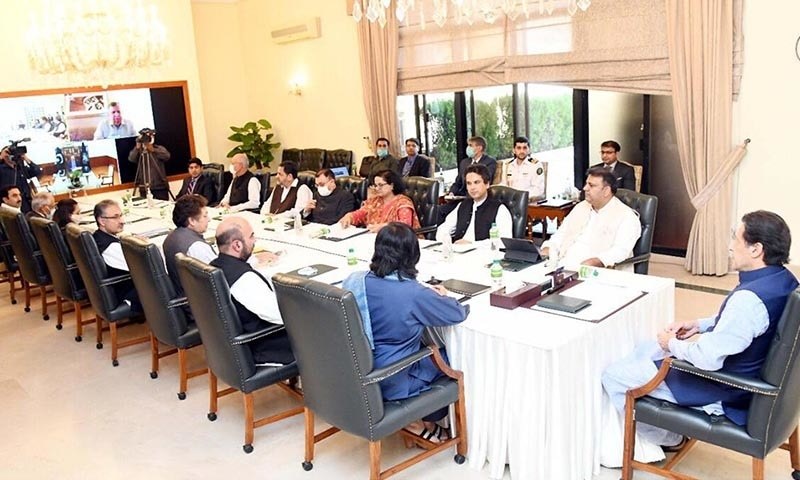 ISLAMABAD: Days after raising oil prices to a record high, the federal government decided in principle to provide subsidized gasoline to owners of motorcycles and rickshaws.

The government also decided to give another allowance to less privileged people under the Ehsaas program, allowing them to obtain essential food items at relatively reduced prices.

The two decisions were taken Wednesday at a meeting of Pakistan’s ruling Central Committee Tehreek-i-Insaf (PTI).

Chaired by Prime Minister Imran Khan, the meeting decided to provide gasoline to owners of motorcycles and rickshaws at subsidized rates, but it remains to be decided how the plan will be implemented, the minister said. Information Fawad Chaudhry during an interview with Dawn.

He said the prime minister would chair another meeting on how to provide relief to those hit by inflation on Thursday (today) to finalize the plan to provide subsidized gasoline to motorcycles and rickshaws.

The government made an unprecedented 10.49 rupees per liter increase in the price of gasoline on October 16, after which the opposition launched its nationwide protest campaign against the government.

The first of these protests took place in Rawalpindi on Wednesday.

Relief in a week

At a press conference after attending the meeting of the PTI central committee, Governor of Sindh Imran Ismail told reporters outside parliament that oil price relief would be given to motorcyclists and rickshaw drivers. grows in a week.

Federal Planning and Development Minister Asad Umar previously ruled out immediate relief from rising commodity prices and made it clear that it could take at least five months for the abnormal price increase to normalize. . We hope people will be relieved soon, but experts say the relief may not be visible immediately and real improvement could be seen from March, he said at a press conference on Monday.

Regarding the central committee meeting, the governor said Prime Minister Khan had asked federal ministers to visit different cities to inform people of the reasons for the price hike and to assure them that relief would be provided soon. .

The governor of Sindh then told the media that Sindh province had the highest prices for essential items in the country because the provincial government delayed the release of wheat stocks in the mills. Wheat flour is the most expensive in Sindh. We have found its solution and it is the formation of the next government by the PTI in Sindh, he added.

However, the information minister later told a reporter that the prices of essential commodities such as pulses, vegetables, sugar and wheat were falling despite soaring prices for petroleum products.

While oil prices have increased, the prices of pulses, vegetables, sugar and flour are on a downward trend. If the trend continues, the public will get some relief. The whole government is working to fight inflation and the Prime Minister will announce important programs in this regard in the coming days, he added.

In an online speech, the information minister told the heads of the media parties of Sindh, Punjab and Khyber Pakhtunkhwa that they attended the meeting of the PTI central committee. He said Prime Minister Khan had also chaired an Ehsaas program meeting earlier.

During the meeting, he said, the prime minister called on relevant officials to take immediate action to ease the burden on the population by expanding the subsidy scheme under the Ehsaas program.

KP and Punjab are ready to be part of the subsidy program. We want Sindh and Balochistan to be part of this program as well, he said, adding that Gilgit-Baltistan and Azad Jammu and Kashmir have also expressed interest.

The minister said the real problem was the delay in the release of wheat stocks by the Sindh government. For this reason, a 20 kg bag of flour is sold for Rs 400 more in Sindh compared to Punjab and KP, he said, explaining that the federal government had pressured the provincial government to increase the amount of stored wheat distributed to mills to allow prices to fall.

According to government estimates, we will have a historic wheat harvest this year and the cotton yield was 60% higher than the previous year. The price of sugar is also falling and will once again drop as the grinding season has started, he said.

He said the prime minister had asked party leaders to prepare a program of district visits for the local elections. While discussing local elections in the Punjab, Khan called on leaders to launch a public campaign, the information minister said.

Prime Minister Imran said he was aware of the difficulties faced by the poor due to inflation and therefore the reach of the Sehat Card, Kisan Card and Ehsaas programs was being broadened, a- he added.

In a separate meeting, the prime minister said the government would develop new tourist resorts in the hilly areas for the promotion of tourism. To this end, reputable private investors in tourism and hospitality are drawn to the public-private partnership (PPP) mode, Khan said.

The prime minister expressed these views while chairing a meeting on the Rs 19.5 billion Balakot New Town Development Project. He asked the federal and provincial authorities concerned to take all necessary measures to facilitate investments in the development of the region as a tourist hub.

Khan also called on relevant officials to exclude irrigated land from the project in order to ensure food security in the region. He had been told earlier that a feasibility study for the project had been completed.

The KP government has already acquired land for this purpose, as the tourist resort is expected to have a youth hostel, theme park, three-star hotel and campground.