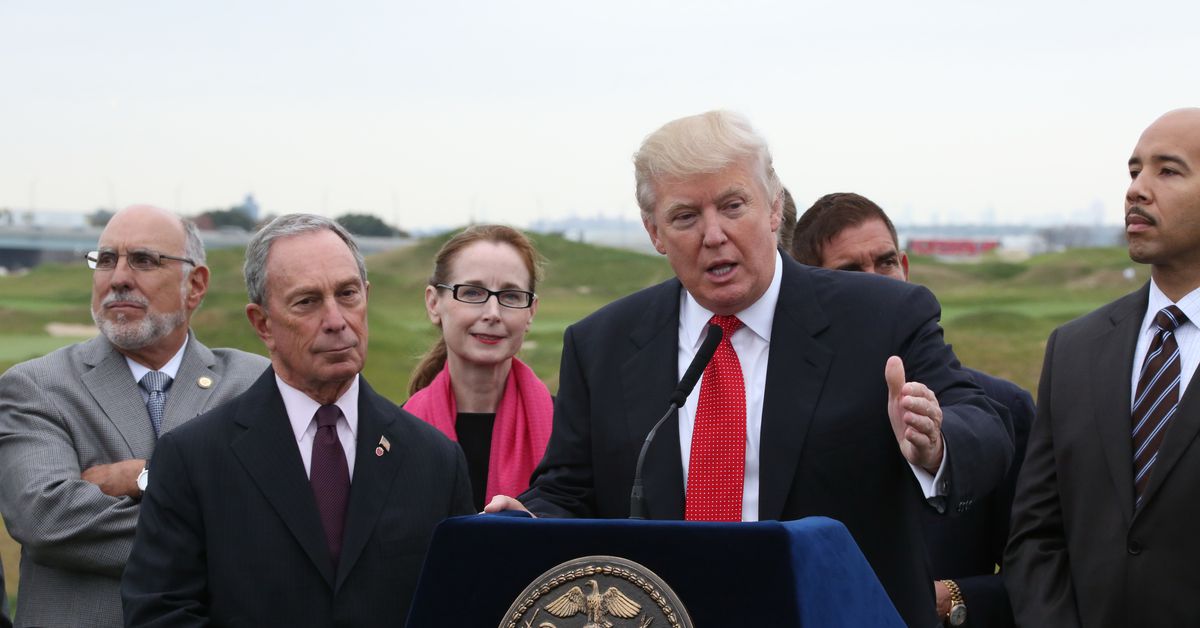 The company that offered the most money to take over the Bronx golf course run by Donald Trump says it was not chosen because the city refused its request to protect it from any lawsuits by the ex -President.

Morningstar Golf & Hospitality LLC, a New Jersey-based company, has pledged the city more than double the amount offered by the now-defunct team of Bobby Jones Links and CORE, which runs homeless shelters, documents obtained by THE CITY show.

The Morningstars package would have guaranteed $ 8.5 million to the city’s Department of Parks and Recreation over 13 years, compared to $ 3.9 million for the CORE / Bobby Jones partnership.

But Morningstar had one condition it refused to budge on: that the company be protected from any lawsuits the Trump Organization might bring against the company, a stipulation the city’s legal department would not agree to, said the Morningstar CEO Matthew Galvin.

The Trump organization sued the city in June to maintain control of the public course, and later threatened Morningstar for its interest in the Greens by telling executives they would proceed at their own risk, according to court documents.

The legal battle started when Mayor Bill de Blasio moved Trump from the 18-hole course in the shadow of Whitestone Bridge, citing the role of the then president in provoking the storming of the United States Capitol on January 6.

De Blasio has set a deadline of November 14 for a change of management at Trump Golf Links at Ferry Point. But Trump’s lawyers insist that even if they lose the legal battle to stay, the former president will retain control of the operation pending an appeal.

A spokesperson for the Trump Organization told THE CITY that its legal team has made it clear that we will continue to fight vigorously to defend our right to possession and control of property for the remainder of our 20-year term.

Despite the lack of transparency of this flawed process, we have acted with professionalism and integrity in absolutely every aspect, which is far more than we can say for some of the elected officials involved, said spokesperson Amanda Miller.

The city wants Trump out by November 14. Lawyers for the former president say he is not moving. John Hanson Pye / Shutterstock

Documents show Morning Star offered the city a minimum of $ 500,000 per year, or 15% of earnings, for the first five years of the contract, whichever is greater. The proposal raised the floor to $ 750,000 per year after five years.

CORE and Bobby Jones Links have offered an annual franchise fee of $ 300,000, or 5% of revenue, whichever is greater. The company also offered $ 900,000 for capital improvements.

The contract finally approved on October 13 by the people appointed by de Blasios to the Franchise and Concessions Review Committee increased revenue to 7% in the first eight years and 10% in the final year.

CORE / Bobby Jones has also sought compensation against any legal action by Trump, but has not received it, according to documents.

Meghan Lalor, a spokeswoman for the Parks Department, said in a statement that the agency had entered into lengthy good faith negotiations with Bobby Jones and Morningstar.

However, [Parks] was only able to come to a mutual agreement on the terms and conditions of the license with one of those entities, Bobby Jones, within the time frame set by the city to secure a new operator, she added.

Lalor did not respond to Galvins’ claim that the Morningstar deal failed due to the lack of an indemnity clause.

Galvin said his company didn’t want to spend $ 1 million on legal fees without compensation, but visited the facility as late as early September in hopes the city would still make an offer.

The city informed Morningstar around September 24 that it was going with Bobby Jones Links and CORE, Galvin said.

The city called me for a courtesy call to let me know that it would not be our business and that the issue was compensation, that was the main issue, he added.

The city issued a notice the following Monday stating that CORE and Bobby Jones Links had won the auction. But CORE then withdrew from the project after a report from THE CITY revealed the surprise partnership.

The New York Times then published an investigation that found CORE was under municipal audit to direct municipal funds to for-profit companies related to building safety, restoration and maintenance, which earned its CEO, Jack Brown, an annual salary of $ 1 million.

A wish to surpass Trump

Bobby Jones Links is now going solo on the case. The company’s co-founder recently told THE CITY that CORE approached his Atlanta-based company earlier this year to make an offer to take over the Bronx golf course.

The homeless service provider had no experience running a golf course, but started a joint venture that would focus its role on local hiring. Bobby Jones Links would operate the golf course, while CORE would take care of the operation of the clubhouse, the restaurant concession and the maintenance of the facilities, a joint proposal obtained by THE CITY shows.

In a presentation submitted this summer to the Parks Department, the unlikely partners showcased CORE for-profit entities as key assets, part of a service model that creates employment opportunities for clients rather than wait. that they appear.

At that time, these three companies were subject to the city’s audit as well as orders to CORE to reinvest all entity profits into services, a corrective action plan signed between CORE and the city ​​social service department in April 2020 shows.

In September 2021, as Parks prepared to allot the golf course to an LLC registered by the head of the CORE Services group, Brown, the city’s homeless services department ordered him to dissolve or restructure those companies. corporations, according to the city and the New York Times.

To ensure CORE’s compliance with the city’s procurement policy, we demanded a forensic audit, conducted a salary study, disapproved of their sub-contractors and asked them to dissolve or restructure these sub-contractors. , said Isaac McGinn, a spokesperson for DHS, in a statement.

The directive followed the company’s failure to comply with the corrective action plan, according to DHS.

A CORE spokesperson said the company was exploring the future role of its subsidiaries.

Last week, Whitney Crouse, founding partner of Bobby Jones Links, said the company was not aware of any issues with CORE when it partnered with the homeless service provider on the proposal.

Crouse has promised to bring more diversity and better maintenance to the Bronx golf course.

Were going to spend more on golf maintenance than Donald Trump, he told THE CITY.