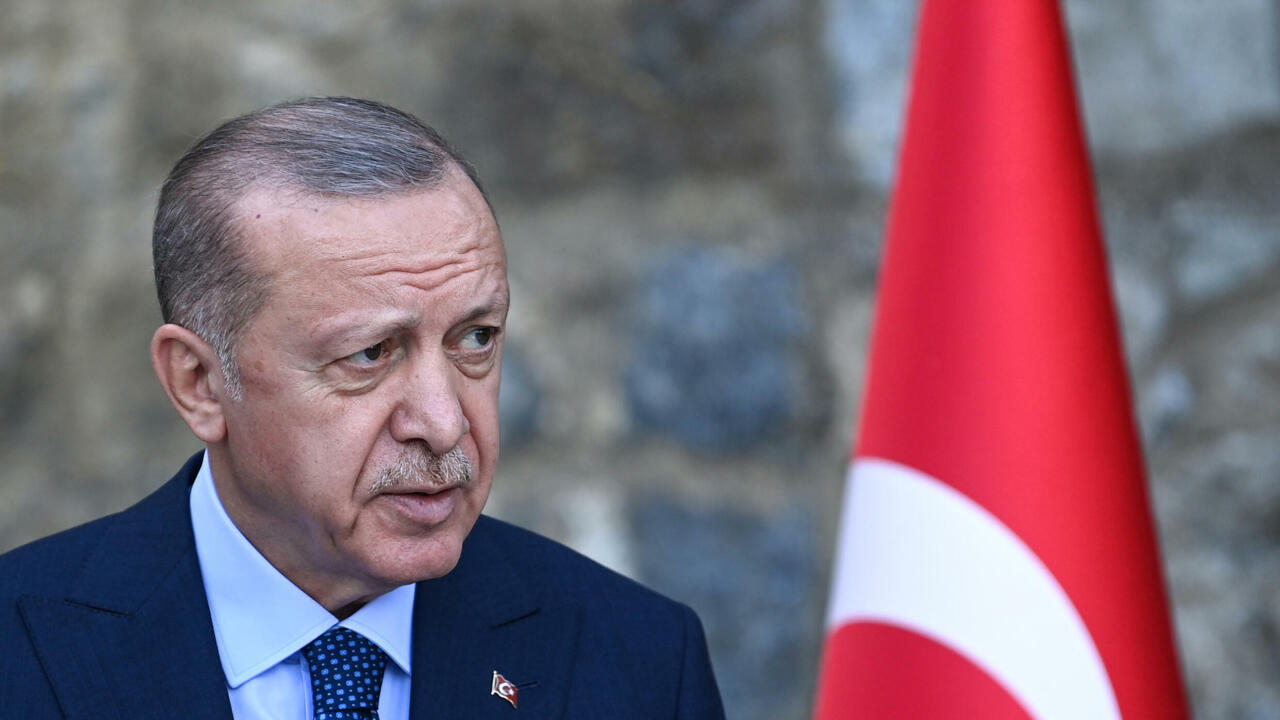 The lire hit new all-time lows ahead of a cabinet meeting that could prove fatal to Turkey’s economic and diplomatic position for months to come – and possibly years, analysts say.

Deportation orders are officially issued by foreign ministries and none of the Western capitals reported receiving any on Monday morning.

Some analysts said Turkish Foreign Minister Mevlut Cavusoglu and a few other cabinet members were still trying to dissuade Erdogan from following up on his statement and changing his mind.

But the Turkish lira – an indicator of both investor confidence and political stability – has lost more than one percent of its value over fears of an effective severing of Ankara’s relations with its main allies and partners. most important commercials.

“Typically, countries whose ambassadors have been kicked out retaliate with tit-for-tat expulsions, potentially in a coordinated fashion,” said Emre Peker, Europe director of Eurasia Group.

“Restoring high-level diplomatic relations after such a quarrel would prove difficult.”

The crisis began when the embassies of the United States, Germany, Canada, Denmark, Finland, France, the Netherlands, New Zealand, Norway and Sweden issued a very unusual calling for the release of Kavala.

The 64-year-old philanthropist and businessman has been in prison without a conviction since 2017.

Supporters see Kavala as an innocent symbol of the growing intolerance of political dissent that Erdogan developed after surviving a failed military coup in 2016.

But Erdogan accuses Kavala of funding a wave of anti-government protests in 2013 and then playing a role in the attempted coup.

The Kavala case could prompt the Council of Europe’s Human Rights Observatory to launch its first disciplinary hearings against Turkey in a four-day meeting ending on December 2.

The diplomatic escalation comes as Erdogan faces lower national approval ratings and a brewing economic crisis that has made life more painful for ordinary Turks.

“These actions are not aimed at protecting national interests, it is an attempt to create false justifications for the economy he has destroyed,” Kilicdaroglu tweeted.

Erdogan’s reign as prime minister and president was punctuated by a series of crises and then reconciliations with the West.

But analysts believe his latest actions could open the deepest and most lasting rift yet.

They could also cast a veil over a G20 meeting in Rome this weekend in which Erdogan planned to discuss with US President Joe Biden his hopes of buying a big batch of US fighter jets.

Erdogan this month further threatened to launch a new military campaign in Syria and orchestrated changes at the central bank that infuriated investors and saw the lira accelerate its record fall.

Turkey’s financial woes have been accompanied by an unusual increase in dissent from the country’s business community.

The Turkish Industry and Business Association issued a veiled blow to Erdogan last week urging the government to focus on stabilizing the pound and bringing the annual inflation rate under control – now at nearly 20% – under control.

Financial problems worsened further when Turkey was placed on a “gray list” of countries under scrutiny last week for loopholes in the fight against money laundering and terrorist financing.

“Under these circumstances, the president is desperate to change the subject and find a scapegoat,” Timur Kuran, professor of Islamic studies at Duke University, told AFP.

“His productions involving foreign ambassadors are aimed at pointing the finger at outside powers.”

Jokowi inaugurates Ivan Yustiavandana at the head of PPATK, here is his profile