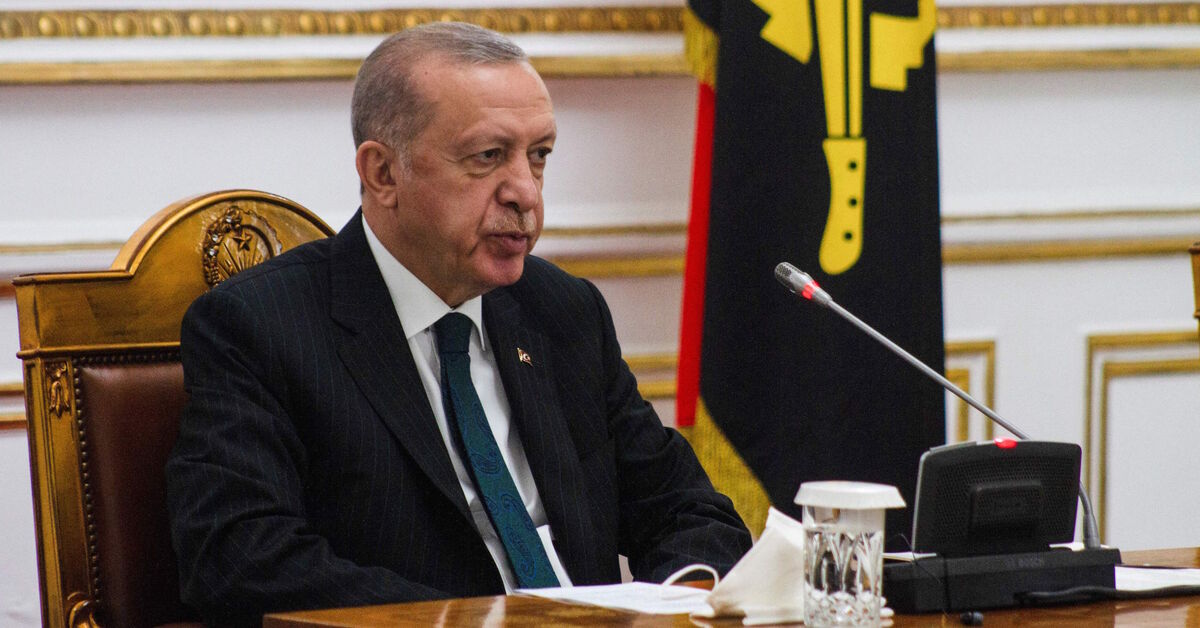 ISTANBUL A tense diplomatic crisis in which 10 ambassadors to Turkey faced possible expulsion from the country appears to have been defused on Monday following a series of conciliatory statements.

Turkish President Recep Tayyip Erdogan said on Monday that he welcome statements shared via social media by Western embassies, including the United States, saying they would follow a diplomatic convention not to interfere with the internal affairs of a host country.

I think these envoys will act more cautiously, Erdogan said on Monday. Today’s statement by the envoys signifies the withdrawal of slander.

He added: Those who do not respect the independence of our country and the sensitivities of our nation cannot live in this country, regardless of their title. “

The exchange comes a week after ambassadors from the United States and nine other countries, including Germany, Denmark, Finland, France, the Netherlands, Sweden, Canada, Norway and New -Zeeland, called on Turkey to apply a European Court of Human Rights (ECHR) judgment of the immediate launch Turkish philanthropist Osman Kavala, who was jailed for more than four years for espionage and terrorism without conviction.

In response, the Turkish Foreign Ministry briefly summoned the nations’ ambassadors on Tuesday, and the row escalated on Saturday when Erdogan said the envoys persona non grata, specifying that he had instructed the Minister of Foreign Affairs to apply the declaration as soon as possible.

It was not immediately clear whether the ambassadors would be kicked out, although the possibility sparked a save slide for the Turkish lira early Monday ahead of what would have been a diplomatic crisis between Ankara and its closest trade and defense partners, many of whose Erdogan leaders will meet this weekend at the G20 summit in Rome.

Bloomberg reported senior advisers briefed Erdogan on Monday of the potential economic costs of the expulsion of the foreign emissaries. Before his evening speech, Erdogan also called a Cabinet meeting and met with junior coalition partner Devlet Bahceli, leader of the Turkish Nationalist Movement Party, during which he reportedly discussed his options for the diplomatic conflict.

Along with the Erdogans meetings, the embassies involved began to share or retweet statements on Monday afternoon claiming that they were upholding respect for Article 41 of the Vienna Convention on Diplomatic Relations, which stipulates that foreign missions may not interfere in the internal affairs of their host country.

The references to Article 41 opened a way out to defuse the diplomatic conflict, which Erdogan apparently took, although observers noted that the calls to implement the decisions of the ECHR for members of the Council of the Europe such as Turkey are not seen as overcoming the barriers between foreign and internal affairs. .

The fact that they worked hard to develop some sort of compromise that defuses this situation raises the question of why Erdogan felt compelled to trigger the crisis in the first place, Paul Levin, director of the crisis, told Al-Monitor. Stockholm University Institute for Turkish Studies. .

In a series of tweets On Monday, vice president and spokesperson for the ruling Justice and Development Party, Omer Celik, said Ankara would continue to strengthen ties with its foreign diplomats while emphasizing sensitivity regarding issues of sovereignty and justice. interference in the country’s legal system.

We have a very great sensitivity on the sovereignty of our state, Celik tweeted On Monday. We have firmly rejected and will reject any statement involving interference in the internal affairs and sovereign rights of our country.

The de-escalation comes after the leader of the Republican People’s Party, main opposition Kemal Kilicdaroglu, on Saturday accused Erdogan of trying to portray the country’s deteriorating economic outlook as the work of foreign actors seeking to weaken the economy. government stature.

These actions do not aim to protect the national interest, but to create artificial justifications for the economy that they destroy, Kilicdaroglu tweetedSaturday.

The Turkish Lira has repeatedly hit record lows against major currencies at the end of last week following a larger-than-expected drop lower key rates by the monetary policy committee of Turkish central banks on Thursday.

The surprise reduction to 16% came as the country faces an annual inflation rate of nearly 20% and has been interpreted by analysts as a decision to further apply Erdogan’s unconventional economic stance, in which he has repeatedly asserted that lower interest rates create lower inflation rates.

The negative pressure on the Turkish lira deepened later Thursday when the global financial watchdog, the Financial Action Task Force (FATF), announced that Turkey would be added to its gray list countries with more stringent regulations regarding loopholes in deterring terrorist financing and money laundering activities.

After diplomatic tensions cooled on Monday, the pound reduced its losses to around 9.55 per US dollar by 7 p.m. Istanbul time, although the currency remains down more than 20% against the greenback this year. year. Rising food prices and inflation will continue to worry the Turkish government as it prepares for the next round of elections, currently scheduled for 2023.

These repeated crises facing Turkey to some extent and the manufacturing industry to some extent do little for the Turkish economy and investor confidence, Levin told Al-Monitor. Investors want stability; they want the rule of law and also a predictable exchange rate, and Turkey has none at the moment.

Meanwhile, the source of the foreign policy stalemate, Kavala, remains in jail, awaiting her next hearing on November 26. In a statement released on Friday, Kavala said he would not attend future hearings, reiterating his denial of the charges against him, saying they are not based on any evidence.

Considering that a fair trial is no longer possible in these circumstances, I think it makes no sense for me to attend upcoming hearings and present a defense, Kavala said in a press release on Friday.

In a joint statement On Monday, the Parliament’s permanent rapporteur for Turkey Nacho Sanchez Amor and the chairman of the EU-Turkey parliamentary delegation Sergey Lagodinsky reiterated their calls on Turkey to implement the decisions of the ECHR for the release of Kavala as well as the former co-chairman of the People’s Democratic Party Selahattin Demirtas.