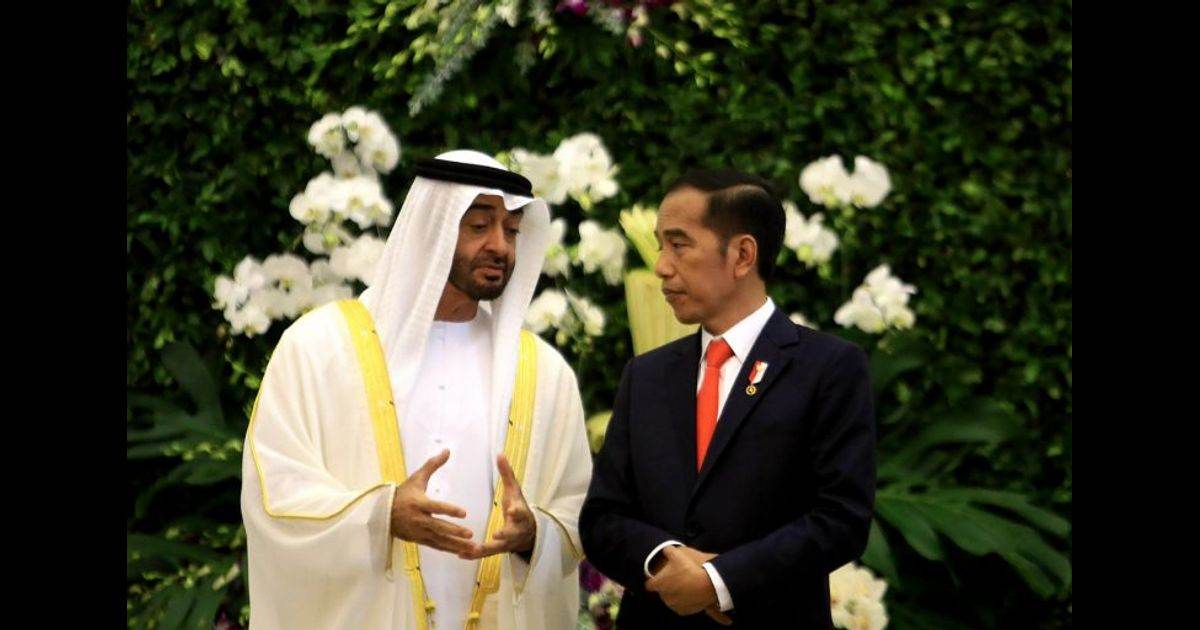 An Indonesian pledge to work with the UAE to promote moderate Islam raises questions about what constitutes moderation and how best to achieve it. The pledge, made by Indonesian President Joko Widodo during a three-day visit to the United Arab Emirates to solicit Emirati investment in the world’s most populous Muslim-majority state, potentially embarrasses a partner in the United Arab Emirates. the governing coalition and the first ally of governments to project Indonesia as an icon of moderate Islam.

It also raises the question of whether Mr Widodo will compromise Indonesia’s unique advantage in its rivalry with the United Arab Emirates, Saudi Arabia, Qatar, Turkey and Iran on who will define moderate Islam. in the 21st century in exchange for funding and investment. Indonesia and the United Arab Emirates signed agreements worth US $ 23 billion during a visit by Crown Prince Mohammed bin Zayed to the Southeast Asian island state in 2019. The agreements included a $ 270 million liquefied petroleum gas project and a $ 3 billion long-term naphtha supply agreement. .

How does the United Arab Emirates cooperate with Indonesia?

More recently, the United Arab Emirates announced in March that it would invest US $ 10 billion in the Indonesian sovereign wealth fund. Last month, Abu Dhabi Investment Authority said it would commit $ 400 million to GoTo Group, Indonesia’s largest internet company, ahead of its IPO.

Jokowi hopes Prince Mohammed’s agreement to chair a committee that will oversee the construction of a new Indonesian capital at an estimated cost of $ 34 billion will result in UAE co-financing,

The two countries also explored closer defense cooperation with the exchange of defense attachés, discussions on potential cooperation on the manufacture of drones, weapons and ammunition, and collaboration in aerospace. and cross-training in counterterrorism operations, and possible Indonesian support for UAE security. engagement in the Africa Sahel region.

Read more: Will Turkey and Indonesia compete for leadership of the Muslim world?

Our relationship with the United Arab Emirates is not just like friends; we are like brothers, Mr Jokowi told the state-controlled Emirates news agency. “I see that religious moderation and diversity in the UAE is widely respected. And this is the area of ​​cooperation that we would like to explore further because we both share the closeness in the vision and characters of moderate Islam that propagates tolerance.

Mr. Jokowi’s eagerness to work with the UAE on religious issues raises questions about the relationship between Mr. Jokowi’s quest for religious soft power and his search for foreign investment.

Ameem Lutfi, a researcher at the Middle East Institute at the National University of Singapore, warns that investments from Gulf states come with risks that can be linked to political influence.

Mr Lutfi noted that countries like UAE seeks to expand influence in the Muslim-majority countries of Asia to strengthen their candidacies for the leadership of the Muslim world. In Indonesia, the UAE meets one of its main religious, albeit underestimated, soft power rivals that has proven its worth in the absence of comparable financial strength.

Mr Jokowi’s visit came months after the ground was dug in Solo, Central Java for a $ 20 million replica of Abu Dhabi’s Sheikh Zayed Mosque, named after the founder of the United Arab Emirates. The project was unusual given that so far it was the Saudis who built large mosques celebrating their rulers in world capitals such as Brussels and Islamabad.

Mr. Jokowi did not specify what religious cooperation would involve, but Indonesian reports at the time of Prince Mohammed’s visit suggested that it would involve sharing expertise in memorizing, translating and publishing the Quran; promote discussions among academics, politicians and academics on ways to strengthen religious moderation and cooperate in the development of digital education programs for madrassas or religious seminars.

Jokowi’s eagerness to cooperate with the UAE on religious issues is remarkable given that his government has effectively outsourced Indonesia’s religious soft power efforts to Nahdlatul Ulama, the largest movement in the United Arab Emirates. Muslim civil society in the world. This takes on added importance with Indonesia’s presidency this year of the G-20, which brings together the world’s major economies.

The G-20 includes an interfaith approach

In what amounts to a battle for the soul of Islam to shape faith between states in the Middle East and Asia, Nahdlatul Ulama emphasizes notions of religious moderation that contrast sharply with those for which the United Arab Emirates have gained credit. Nahdlatul Ulama advocates a multi-religious and pluralist democracy, full and unconditional adherence to the Universal Declaration of Human Rights and a reform of Islamic jurisprudence.

For its part, the UAE has effectively liberalized social mores, including cohabitation outside marriage, alcohol consumption and religious tolerance, but rejects democracy as a form of governance and only recognizes parts of the universal declaration. human rights. Instead, the UAE is propagating an interpretation of the faith that demands absolute obedience to the ruler.

Islam as the way forward

In addition, the country’s constitution recognizes Islam as the state religion and Sharia law as a major legal inspiration. At the same time, the UAE, unlike Nahdlatul Ulama, has avoided seeking to anchor its reforms in religious law and jurisprudence.

Mr. Jokowis straddling his relationship with Nahdlatul Ulama and the United Arab Emirates in matters of religion and religious soft power can be complicated by criticism of Mr. Jokowi’s adherence to democratic principles.

The president’s assaults on democracy are manifold, thundered The Economist. He highlighted measures to suppress dissenting voices, including asserting the power to dissolve civil society organizations for reasons of national security, filing criminal charges against online critics and blocking websites. . The magazine further accused Jokowi of surrounding himself with generals and increasingly relying on the armed forces to help execute domestic politics, such as increasing rice production.

Alexander R. Arifianto, an Indonesian scholar at Singapores S. Rajaratnam School of International Studies, made a similar note saying that Nahdlatul Ulamas’ alignment with Mr. Jokowi had made him vulnerable to criticism for aligning himself with a government that is increasingly dismantling Indonesian democratic politics. establishments.

Read more: Indonesia could take on China and claim leadership of moderate Islam

Given the group’s public commitment to freedom of expression, religious tolerance and pluralism, Mr. Arifianto argued that Nahdlatul Ulama should consider measures to uphold his commitment to these Islamic and democratic values. moderate, whether or not his political preferences align with those of today’s Indonesians. regime in power.

Dr James M. Dorsey is an award-winning journalist and scholar and senior researcher at the Middle East Institute, National University of Singapore. The opinions expressed in the article are those of the authors and do not necessarily reflect the editorial policy of Global Village Space.

Country cabinet to be closed permanently, by then on Saturdays only