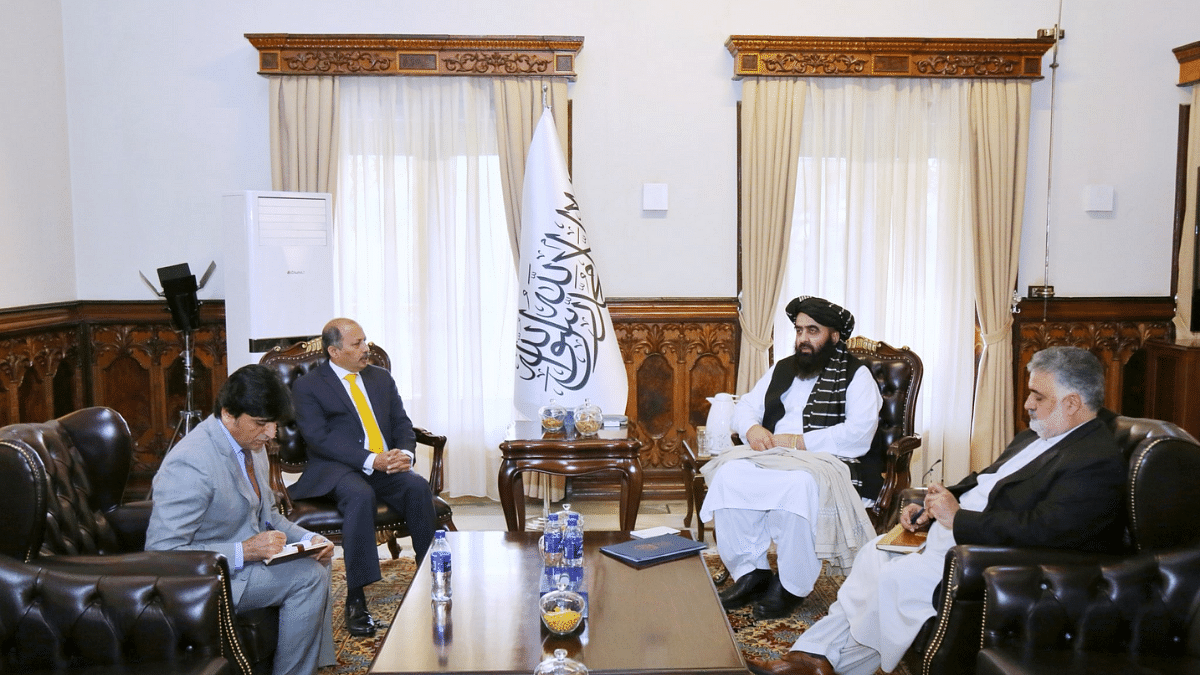 Islamabad: Taliban government’s acting foreign minister in Afghanistan expected to visit Pakistan in coming days as part of efforts by both sides to restore relations following Taliban takeover of Kabul , a press article announced on Saturday.

It will be the first visit of the interim Afghan foreign minister to Pakistan since die-hard Islamists took control of Afghanistan on August 15.

Muttaqi’s visit to Pakistan in the coming days was on the cards as the two sides were in touch to finalize details, official sources told the Express Tribune.

Muttaqi is a senior Taliban leader who took part in negotiations with the United States over the withdrawal of American troops from war-torn Afghanistan.

The Afghan minister will be accompanied by several senior Taliban officials to discuss a wide range of issues with Pakistani authorities, the sources said. However, the visit should not be seen as formal recognition of the Taliban government in Afghanistan, they said, adding that details of the visit were not immediately made public.

Although Pakistan has not formally recognized the Taliban government, it is one of the few countries to maintain its diplomatic mission as well as an envoy in Kabul.

Last month, a news report said Pakistan quietly allowed Taliban-appointed diplomats to take over the Afghan embassy and consulates in the country.

The sources said Muttaqi’s likely visit was part of Pakistan’s ongoing engagements with the Kabul administration.

Pakistan believes that engagement against disengagement is the best way forward to deal with the current situation in Afghanistan.

However, a senior official said Pakistan shares the concerns of the international community that the Taliban government needs to honor the commitments they have made.

These commitments include an inclusive government, protecting women’s rights and not allowing Afghan soil to be used again by a terrorist organization.

The official, while speaking on condition of anonymity, said the Taliban government also understood the concerns of the international community and was ready to respond to them, but that there were some issues regarding the interpretation. inclusive government.

The sources said the acting Afghan foreign minister along with other officials had been invited to Islamabad to discuss a host of issues, spanning bilateral ties.

For years Pakistan’s relations with Afghanistan have been marred by mistrust.

But Qureshi, after his October 21 visit to Kabul, signaled a visible change in the approach of the Taliban interim government.

He told a press conference at the time that the new administration was ready to take steps to improve relations, which the previous government was reluctant to do.

The Afghan Taliban also gave firm guarantees that they would not allow groups such as Tehreek-e-Taliban Pakistan (TTP) and the Balochistan Liberation Army (BLA) to launch attacks from Afghan soil against the Pakistan, according to the report.

Pakistan tried to convince the world to engage diplomatically with the Taliban after they established de facto control over Afghanistan on August 15. However, the world is skeptical of them and seeks to judge them on promises of human rights above all else. of recognition.

Afghanistan has been under Taliban rule since August 15, when the Afghan militant group overthrew the elected government of President Ashraf Ghani and forced him to flee the country and seek refuge in the United Arab Emirates.

Read also: Having started a dialogue with the Taliban for an inclusive Afghan government, according to Imran Khan

Visit of the Indonesian President to the United Arab Emirates: promoting moderate Islam?