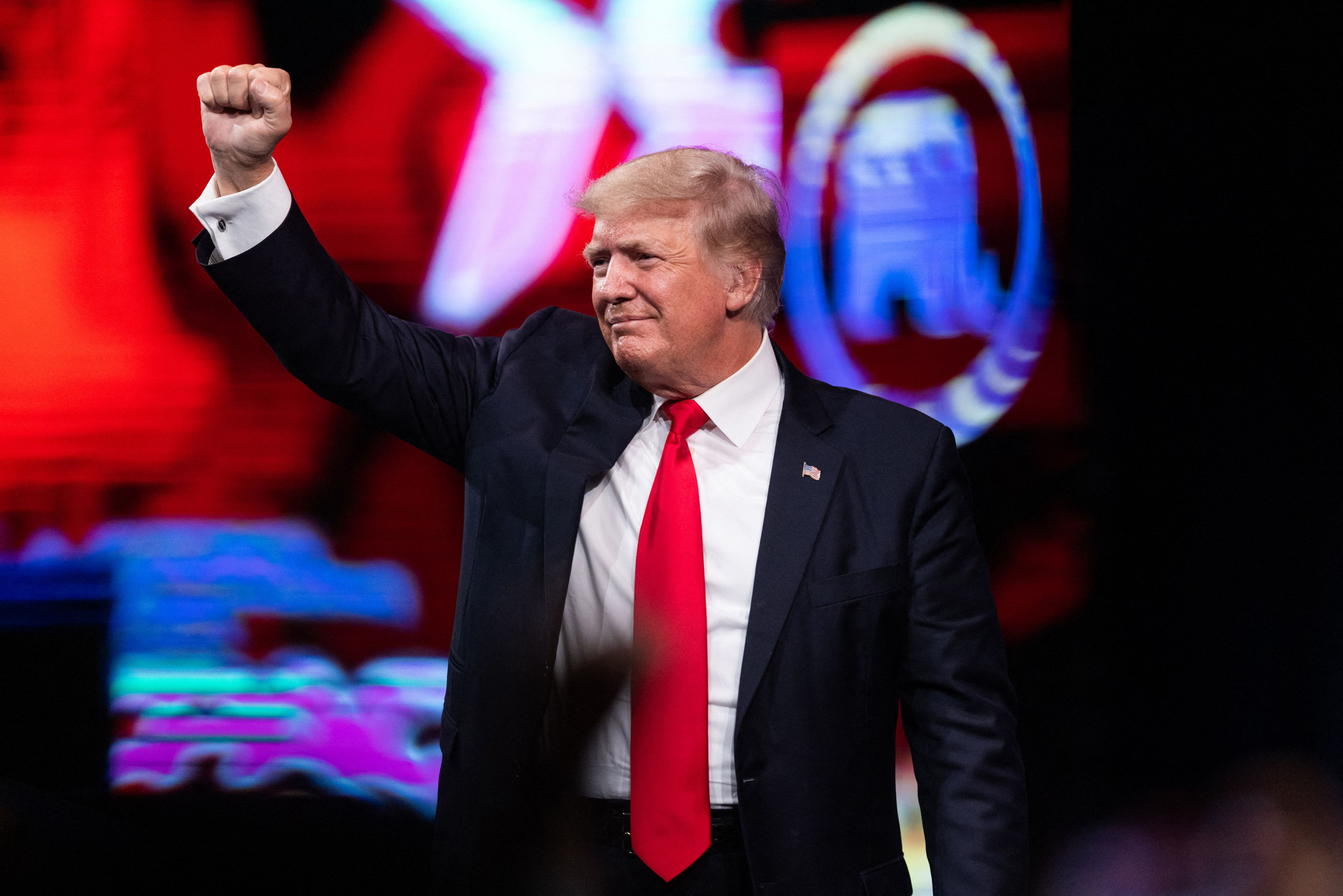 Former President Donald Trump said “most people” were happy with the verdict in Kyle Rittenhouse’s trial after a jury found him not guilty on all counts on Friday.

Trump spoke to Laura Ingraham of Fox News on Friday night and criticized the case against 18-year-old Rittenhouse, saying he believed it was “a misconduct”.

“I think it was a great decision,” Trump told Ingraham.

“I was surprised it must have gone this far. Someone should have ended it sooner. And frankly, the case should never have been brought.

“It was professional misconduct in my opinion, and there is a lot going on in this country right now. It was shameful,” he said.

Trump continued, “If you’re talking about innocence based on self-defense, that was the poster.

“I think he would have died if he had waited a quarter of a second when this gun was pointed at his head,” Trump said, referring to Gaige Grosskreutz, who had pointed a gun at Rittenhouse and survived a teenager’s ball.

“This guy was going to pull the trigger. And literally you talk less than a second that he would be dead,” the former president said. “There wouldn’t have been a trial because they wouldn’t have tried the person who pulled the trigger.”

Trump then criticized the accusation, saying he was surprised that a case had been brought against Rittenhouse.

“They did a really bad job and I think they gave prosecutors another big bad mark,” he said, again arguing that Rittenhouse should not have been prosecuted.

“He’s a young man who shouldn’t have been prosecuted, based on every ounce of evidence you look at,” the former president said.

Trump called Rittenhouse “brave” for speaking out and said he was “proud” of the jury, who he said was “under pressure to do the wrong thing.”

The former president also praised the president of the tribunal, Bruce Schroeder, whose actions and comments made him a subject of criticism and controversy.

“I like the way the judge started – but they started to take it from the point of view that they were trying to intimidate the judge, both outside and inside the courthouse. He resisted. He struggled for a while, “Trump said.

“I thought the judge could have closed the case earlier,” he added.

Towards the end of his interview, Trump said: “A lot of people would have been very angry in this country if this young man had been convicted in any way.”

Former US President Donald Trump pulls his fist as he walks away after speaking at the Conservative Political Action Conference (CPAC) in Dallas, Texas on July 11, 2021. Trump hailed the acquittal by Kyle Rittenhouse. Andy JACOBSOHN / AFP / Getty Images