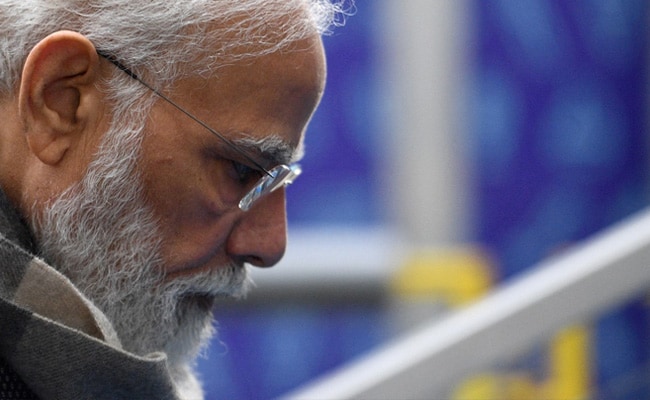 Victory for democracy or witness to democratic failure? Surprising proof that India remains politically plural, or new proof of its inability to reform its economy? The Prime Minister’s withdrawal of the three agricultural laws of 2020 is all that.

Politically, this is the biggest defeat in Narendra Modi’s seven years as prime minister. In historical terms, to find a comparable example of the central government’s reversal of policy in the face of citizen protest, you may have to go back to the Hindi anti-taxation movement of 1965.

Was it as simple as bad news from western Uttar Pradesh? The alternative theory advanced by many government supporters that the pullback was motivated by national security rather than electoral concerns does not stand up to scrutiny. If social harmony in the Punjab was so high on the government’s list of priorities, it would not have spent the last year trying to characterize much of the state’s population as violent secessionists. The manner of the announcement, on Guru Purab, was in the electoral style familiar to the Prime Minister.

Whatever your opinion on the substance of the laws themselves, the farmers’ movement deserves the greatest respect. Attempts by the Center and its detractors in the media to label protesters as Khalistanis, foreign agents, wealthy middlemen or violent anarchists have failed to register beyond the echo chamber of the main supporters of the government. Public opinion as a whole was divided between those who supported the farmers and those who were neutral or apathetic. There was no deep constituency in favor of the laws; there will be no protests from citizens against their repeal.

Those who condemn the means of farmers – mostly nonviolent and Gandhian – must answer the question: what alternative is there to nonviolent protest, when legitimate forms of liberal-democratic reparation are refused? Those who now declare that a “street veto” will be exercised over future government policy are amnesia as to the indispensable role of street agitation – not always non-violent – in the BJP’s own political and ideological rise, since the Ram janmabhoomi movement of the 1980s and 1990s across India against corruption in 2011. Democracy cannot be limited to the exercise of the right to vote and votes in parliament. And the essence of democratic politics is the capacity for change, which includes repeal.

Nor can the tragedy of agricultural laws be used as proof that India cannot reform its economy by constitutional and democratic means. In this case, the means were simply not applied. The prime minister’s apologies were not for the laws themselves, but for his failure to persuade. This work of persuasion should have preceded, rather than followed, the passage of the laws. And how this passage in the Rajya Sabha was a shameful subversion of parliamentary norms. Building consensus and trust are rare skills in this government – as is the ability to compromise.

The farmers illustrated that a maxim known to be true in electoral politics can also be applied in the field of social mobilization: when the Modi-Shah BJP is faced with a truly committed adversary, he is far from invincible. Both private and public images of the BJP’s invincibility have been forged in its encounters (the words “battle” and “contest” are not appropriate here) with the present tense. avatar of the Indian National Congress.

Consider the following. In the 2019 Lok Sabha elections, the BJP won 303 of the 436 Lok Sabha seats it contested. Out of 191 seats where its main opponent was Congress, it won 175, or 92%. Of the 245 where he faced a party other than Congress, he won 128, or 52%. Of the 12 current chief ministers of the BJP, 10 serve in states where Congress is the main opposition. In the remaining 18 states, the BJP has only two chief ministers and is completely stripped of power in 12. Last year’s close elections in Bihar covered the 33 seats in which the BJP faced Congress. The BJP won 27 or 82%. Its victory rate against other parties was 61%.

India as a whole is not as dominated by the BJP as it once was by Congress. But when it comes to BJP versus Congress, there is invariably a winner. The two parties are so disparate in terms of organization, cohesion, dynamism and ambition – in their seriousness at the bottom of the accession to political power – that a real electoral competition between them is a pipe dream. Modi’s most viable path to re-election in 2024 remains a contest he is able to define as a choice between himself and the Gandhis.

Paradoxically, however, the easy access to victory that today’s Congress afforded the BJP may in fact have weakened the latter. This isn’t the first time the BJP has underestimated an opponent at great expense. There are also signs that the Prime Minister and Home Secretary – in a way well known to congressional observers – are increasingly surrounded by reluctant subordinates or unable to share bad news or constructive criticism.

Regional parties blew up apologists’ excuses for the current leadership of Congress – that it is unfair to expect the party to compete given the BJP’s financial advantage and influence over them. media. The contrast goes beyond electoral performance. Compare the cases of Arunachal Pradesh, Karnataka, Goa and Madhya Pradesh, where the BJP was able to form or overthrow governments by attracting large numbers of congressional lawmakers, with West Bengal, where it is the BJP which now suffers large-scale defections.

The political success of farmers has been built on the virtues of unity, belief and almost otherworldly persistence. Unlike, say, India Against Corruption, it was never allowed to become a vehicle for opportunistic individuals.

These are the virtues that opposition parties, individually and collectively, will need to demonstrate if they are to build on the successes of the past year. With one exception, they already understand another truth that farmers have illustrated so well: Political, electoral or other contests are not won on Twitter. It may sound obvious, but it remains lost to the leadership of Congress and, as the past 24 hours have shown, to many of their supporters.

(Keshava Guha is a literary and political journalism writer, and the author of ‘Accidental Magic’.)

Disclaimer: The opinions expressed in this article are the personal opinions of the author. The facts and opinions appearing in the article do not reflect the views of NDTV and NDTV assumes no responsibility in this regard.

Fast fashion is killing the planet. These chemists fight back