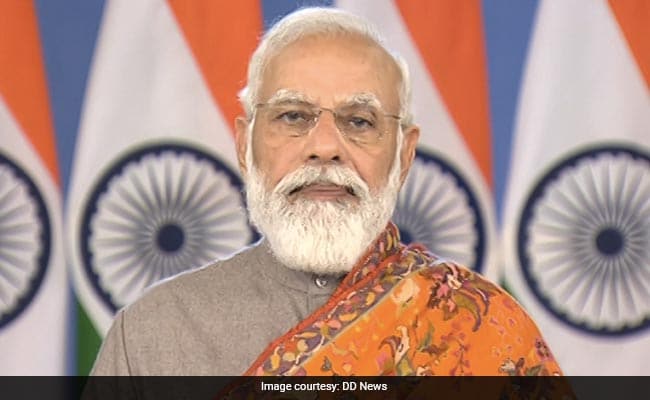 Maoist violence, action against terrorist clusters and cybercrime were some of the issues that featured prominently at the police chiefs conference on Saturday, which was attended by Prime Minister Narendra Modi, said officials.

The prime minister participated in deliberations throughout Saturday’s session, an official said.

The conference addressed a wide range of issues, including cybercrime, the challenges of countering terrorism, left-wing extremism and emerging trends in drug trafficking, the official said.

Since 2014, the Prime Minister has taken a keen interest in the Conference of Directors General of Police (DGP).

Unlike the token presence earlier, he makes a point of attending all conference sessions and encourages free and informal discussions that provide an opportunity for senior police officials to brief the Prime Minister directly on issues. main police and internal security issues affecting the country, another said the official.

The conference, organized by the Intelligence Bureau, is being held in a hybrid format. State DGs and other law enforcement organizations physically attended the conference, while other guests participated virtually from 37 different locations across the country.

As envisaged by the Prime Minister, since 2014, the annual conferences, which were usually held in Delhi, have been held outside Delhi with the exception of the year 2020 when the conference was held virtually.

There have been considerable changes in the format, the topics discussed, the deliverables during the meeting since 2014.

The number of business and topic sessions has increased dramatically with a focus on improving policing for people.

Prior to 2014, deliberations largely focused on national security issues only.

Since 2014, these conferences have a dual objective of national security as well as essential policing issues, including crime prevention and detection, community policing, public order, improving the image of the police. etc., said an Interior Ministry official.

Previously, the conference focused on Delhi, with officers meeting only for the conference. Residing in the same premises for a period of 2-3 days has helped to strengthen the sense of unity among officers of all executives and organizations since 2014.

The direct interaction of senior police officers with the head of government resulted in a convergence of views on the critical challenges facing the country and the emergence of actionable recommendations, the official said.

Over the past few years, topics have been chosen after extensive discussions with the highest echelons of the police service.

Once selected, several interactions on the presentations are organized in front of the DG committees in order to encourage participation and to integrate the ideas of the field and of the young agents.

As a result, all presentations are now large, content-rich, and feature a compelling and actionable set of recommendations.

Since 2015, detailed follow-up of recommendations from past conferences has been the norm and is the subject of the first working session, in the presence of the Prime Minister and the Minister of the Interior.

The recommendations are closely followed by the conference secretariat, headed by the Intelligence Office, with the assistance of nodal state officers.

Decisions taken at recent conferences have led to significant policy changes leading to improved policing in the country, including the establishment of higher standards for effective policing in rural and urban areas, and the improvement of modern police methods, based on intelligent parameters.

Two Chinese veterans of German table tennis took part in the World Table Tennis Championships for the first time, both at the age of 38_Han Ying