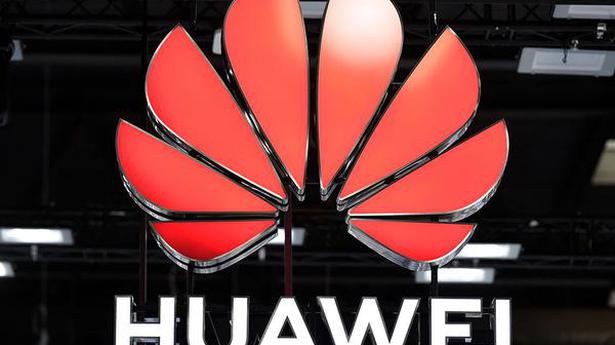 What are the main points of disagreement between the United States and China? How are they going to deal with the tensions?

The story so far: US President Joe Biden and his Chinese counterpart Xi Jinping held a virtual summit earlier this week on a range of political concerns in the bilateral space. The meeting was long overdue given the lack of face-to-face contact between the two leaders, as Xi has not traveled outside of China since early 2020, when Biden entered the Oval Office, due to the COVID-epidemic. 19 pandemic. Meanwhile, tensions have soared between Washington and Beijing over issues of global and regional concern, including trade, Taiwan and the South China Sea, and technology, including 5G. At a meeting of senior officials from the two countries in March 2021 in Anchorage, Alaska, a heated exchange followed US Secretary of State Antony Blinkens’ comment that without the rules-based international order there would be a much more violent world and that Chinese activities in Xinjiang, Hong Kong and Taiwan threaten this order and therefore were not internal affairs. As a key meeting following this meeting, the last summit exchange saw the two presidents express their views on each of these topics; however, there was no decisive announcement. This suggests that the task ahead for both nations would be to manage conflicts so that they do not spill over and affect the global economy.

What are the main areas of tension now?

Trade and tariffs are at the top of the political agenda causing bilateral friction. After the damaging global trade war with China through 2019 and 2020, a dispute that was exacerbated by former President Donald Trump’s tariffs on a vast chunk of Chinese exports, including solar panels, washing machines, steel and aluminum and many food products, a temporary reprieve came with the phase one trade deal. Under it, China was mandated to purchase $ 380 billion worth of U.S. goods by the end of 2021, but failed to do so, analysts said, due to a lack of orders for Beijing for Boeing planes following the slowdown in commercial aviation during the pandemic. However, unlike the escalating tensions between Beijing and the Trump administration, this time a compromise could still be found, as US Trade Representative Katherine Tai recently hinted that exemptions for certain products from trade tariffs could be reached. authorized.

A second key area of ​​tension is the issue of Taiwan’s independence, a topic that has likely featured prominently in discussions between Mr. Biden and Mr. Xi this week. US post-summit readings suggest that Washington is steadfastly maintaining its long-standing policy on this complex subject, which it recognizes but does not recognize Beijing’s claim to Taiwan as part of the one-China policy. In contrast, the Chinese delegation said Xi said, “It’s playing with fire, and if you play with fire, you will burn yourself a comment that signals that China will likely react aggressively to any action.” Western powers seen as a reinforcement. Taiwanese independence, including direct arms sales to Taipei and visits by Western lawmakers to the island’s territory.

A third major bilateral topic that has proven to be controversial is technology. On the one hand, since Mr. Trump’s administration, the White House has used the trade war with China to blame Beijing for unfair technology and intellectual property trade practices, and U.S. policymakers have relied on it. a matrix of export restrictions to target Chinese semiconductors. supply chain in order to protect critical infrastructure in the telecommunications sector. On the other hand, the arrest and subsequent release of Meng Wanzhou, chief financial officer of Chinese telecommunications equipment and consumer electronics giant Huawei, after China counter-arrested two Canadian nationals, demonstrated how point Western countries are wary of the 5G technology deployed by China. Such suspicion, superimposed on the series of indictments directed at Chinese nationals in the United States over allegations of industrial espionage, alludes to the deep rift between the U.S. and Chinese governments over the broad question of technology and surveillance.

What prompted the two presidents to engage in dialogue?

Although the 2021 US-China virtual summit meeting did not result in any decisive announcements, Beijing wasted no time in claiming a diplomatic victory, with Chinese state media claiming that Biden reiterates that he does not. not support Taiwan independence. For Mr. Biden, whose job approval rate has dropped to 36%, according to the Quinnipiac University national poll, a victory with China would have helped improve his outlook. But no quick wins came out of the last dialogue.