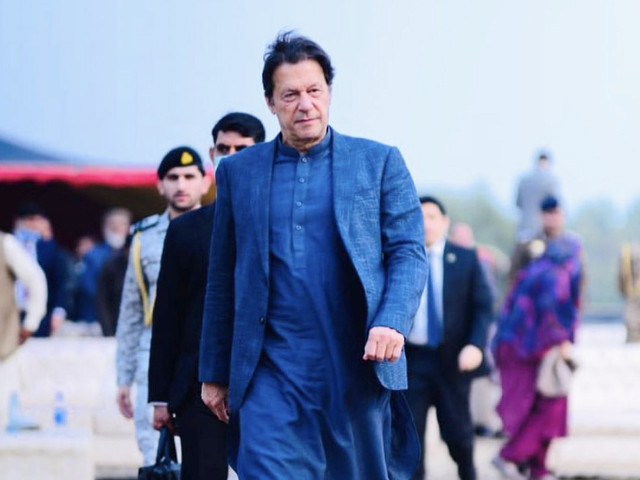 Prime Minister Imran Khan on Sunday pledged to take action against land grabbers and their accomplices after the completion of the first phase of cadastral mapping revealed that the total value of encroached state land was estimated at around 5 59 trillion rupees.

The Prime Minister shared the investigation on Twitter, which found that the value of encroached land in three major cities – Islamabad, Karachi and Lahore – amounted to 2.63 billion rupees.

The document further revealed that the value of the encroached forest land was around 1.86 trillion rupees. “This has exacerbated the current lack of sufficient forest cover in Pakistan,” Prime Minister Imran added.

In September of this year, the Prime Minister launched the cadastral mapping of Islamabad to ensure transparency of transactions and eliminate land grabbing.

Like the EVM protests, when we started the cadastral mapping of Pak to digitize the land registers, there was massive resistance. The results of phase 1 of the state land survey show why the resistance: phenomenal encroachment of state land, including forest land by the connivance of mafia-pol elites. pic.twitter.com/wfIF99CFJV

In his series of tweets, Prime Minister Imran wrote that his government faced massive resistance when it started cadastral mapping of Pakistan to digitize land registers “as protests against EVMs [electronic voting machines]”.

“The results of Phase 1 of the State Lands Survey show why the resistance: phenomenal encroachment on state lands, including [that] forest land thanks to the collusion between the land mafia and the political elite, ”he added.

Read also: The PM asks the provinces to finalize the cadastral mapping within 2 months

The investigation was conducted on the lands of the Forestry Department, Railways, Civil Aviation Authority, National Highways and Evacuee Trust property.

The most shocking facts to come out are: 1. The enormous total value of all land encroached upon by the state and the 3 major cities – approximately Rs 5595 billion; 2. The approximate value of the encroached forest land – Rs 1869 billion. This has exacerbated the current lack of sufficient forest cover in Pak.

The SAPM announced that the Prime Minister would share this data with the provinces for strict action against land grabbers encroaching on many of these lands.

Speaking to media in Islamabad, SAPM said the latest cadastral maps had been prepared by the Survey of Pakistan. The provinces studied included Punjab, Khyber-Pakhtunkhwa and Balochistan, while data from Sindh had not yet been received due to backlog of information from provincial authorities.

With this precise digital recording, we will now take action against these ground mafias and their enablers.

SAPM informed the media that within the framework of the cadastral mapping, approximately an area of ​​50,000 square kilometers was covered in the four federated units of Punjab, KP, Balochistan and Sindh. encroachment which was worth Rs500 billion.

“The mapping of forest land of 30,000 square kilometers has also been completed as part of the digital cadastral mapping on which 700,000 acres of forest land have been encroached by the land grabbing mafia,” he added.

Amin pointed out that the number of encroached state lands was the highest in Sindh but due to the delay in sharing data, his cadastral map had not yet been received.

He had noted that with the use of technology in Islamabad, 45 acres of green space along the Srinagar road alone had been expanded to 113 acres. “About 1,000 acres of forest land are under illegal occupation,” he said.

Kodak Black says it wants to bring Donald Trump back