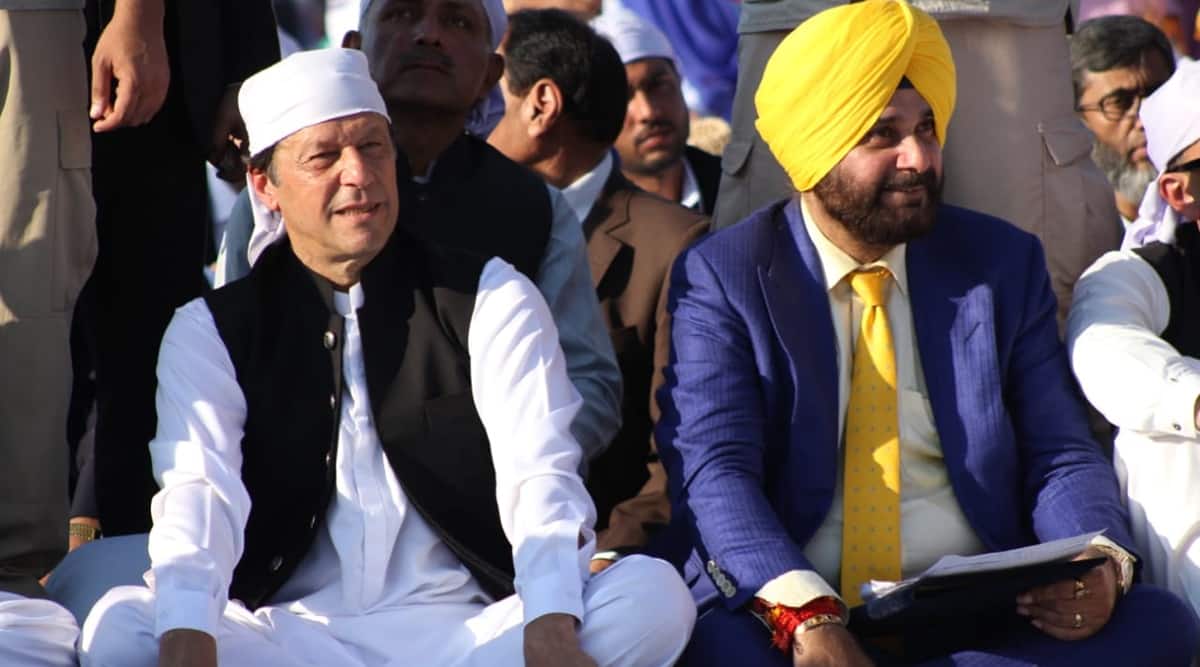 Punjabi Congress President Navjot Singh Sidhu was at the center of a new row on Saturday after calling Pakistani Prime Minister Imran Khan his bada bhai (older brother) who had showered him with much love.

Sidhu made the remark on Saturday morning as he was greeted by a Pakistani official at the Kartarpur Corridor border post. He visited the Gurdwara in Kartarpur Sahib, accompanied by Punjab Sports Minister Pargat Singh, Revenue Minister Aruna Chaudhary, several congressmen and a deputy.

In a statement, Chugh said it was very unhappy for Punjab and the country that Sidhu, while in Pakistan, had no words of praise for his homeland, and instead sang the praises of the Prime Pakistani minister who “sent drones and tiffin bombs” to the Punjab.

Sidhu is more in love with Pakistan than with India and behaves here like a Pakistani agent in the Punjab. AICC president Sonia Gandhi and Rahul Gandhi are expected to explain their party’s position on Pakistan, Chugh said.

He said it is grossly condemnable and reprehensible that on the one hand Pakistan killed our jawans at the border, and on the other hand, the leaders of Congress sang the praises of the Pakistani prime minister.

(In New Delhi, BJP spokesman Sambit Patra also targeted Congress, alleging he sees terrorist groups like ISIS and Boko Haram in Hindutva as he finds a “bhai jaan” in Khan.)

Sidhu and the congressional delegation were covered in rose petals, decorated with garlands and escorted to the Pakistani immigration checkpoint where Sidhu was inundated with requests for photographs and selfies from Pakistani Ranger personnel and immigration staff. He forced everyone before going to Gurdwara a few kilometers further.

In August 2018, Sidhu was criticized by Captain Amarinder Singh, then Chief Minister of Punjab, and the BJP leadership for hugging Pakistani army chief General Qamar Javed Bajwa in Islamabad. Sidhu was a special guest of Imran Khan during his swearing-in ceremony as Prime Minister. Their friendship dates back to the days of cricket.

Before heading to Pakistan on Saturday, Sidhu, responding to a question from the Sunday Express about denigrating his role in the development of the Kartarpur Sahib corridor, said he did not mind the comments.

They make me stronger. If the guru has chosen me to help somehow so that millions of followers of Guru Nanaks can reach his abode in Kartarpur, then what may be a greater honor, has he said.

In the Gurdwara of Kartarpur Sahib, Sidhu was assaulted by Pakistanis, including Hindus who had come in large numbers from Sukkur in Sindh. Addressing them, Sidhu thanked Prime Minister Narendra Modi and Pakistani Prime Minister Imran Khan for taking the initiative to establish the Kartarpur Corridor.

But why shouldn’t the two Punjabs have closer ties? We have the same language, the same culture and the same manners, so why should we trade in a roundabout way? There is $ 37 billion in trade that can be done by the two countries with the Central Asian republics. I want this to happen for the prosperity of both countries and for three million Punjabis, he said.

Sidhu was invited to say a few words with CEO Mohammad Latif, but he declined, saying he didn’t want to make any political speeches on a pilgrimage. Speaking in Punjabi, the Pakistani official also said that the reopening of the corridor was an honor for the governments of the two countries. Tuhadey layi saaddey dar vee khulle ne, ghar vee khulle ne te dil vee khulle me (For you our doors are open, houses are open and hearts too), he said.

Sidhu spent half an hour meditating in the Gurdwara. As he made his way to the langar, he was again assaulted by young Pakistanis who chanted his punchline, Thoko Taali, from a TV comedy show.

Upon returning to India, Sidhu dismissed the outcry over his remarks on Imran Khan, saying some people focused on minor issues when there were more important things to consider.

to request, modification Contact us at Here or collaborat[email protected]

Geoparks must be protected through the conservation of the area