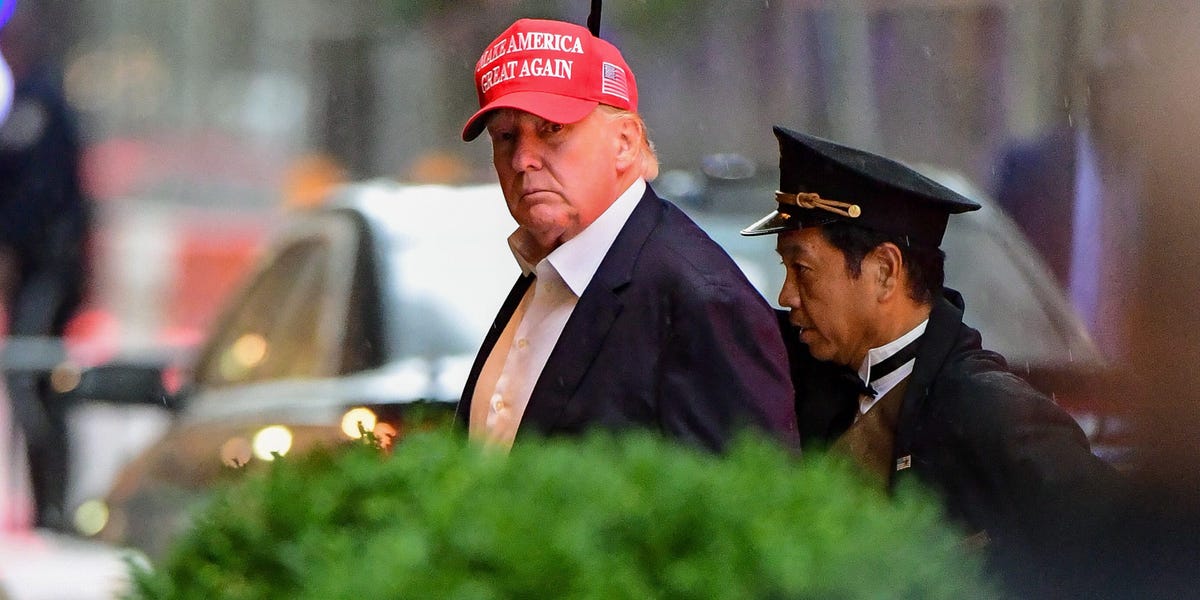 New York prosecutors are investigating the history of the Trump Organization, which claims drastically different valuations of its properties. The company valued several properties up to 30 times more for potential lenders than for tax officials, the Washington Post reported. The differences in valuations can amount to tax, bank or insurance fraud, experts say. Loading Something is loading.

The Manhattan District Attorney and the New York Attorney General are investigating several cases in which the Trump Organization has provided government officials and potential lenders with very different valuations of its properties.

Prosecutors would present the evidence to a second special grand jury they assembled in Manhattan for their long-standing investigation into the finances of the Trump Organization. The investigations appear to be focusing their efforts on at least four of former President Donald Trump’s properties: an office building at 40 Wall Street in Manhattan; a golf club in Rancho Palos Verdes, California; an estate called Seven Springs in Westchester County, New York; and a golf club at Briarcliff Manor, New York.

Trump’s company valued these properties up to 30 times more depending on who the figures were provided to, according to documentation obtained by the Washington Post. In 2012, the Trump Organization told tax authorities that the Manhattan office building was only worth $ 16.7 million. But a few months earlier, the company had valued the same building at $ 527 million in a document provided to potential lenders, The Post reported.

In another case, in 2013, the Trump Organization told county tax authorities that his golf club in California was worth $ 900,000. But in 2014, as the company sought a massive tax deduction through a conservation easement, it said the same property was worth at least $ 25 million. It was in Trump’s financial interest to inflate the value of the land when he applied for an easement, which limits the commercial use of the land, as this would amount to greater tax relief.

Prosecutors are investigating whether the various assessments constitute crimes

Manhattan District Attorney Cyrus Vance Jr. has obtained tons of documents from the Trump Organization from subpoenas in 2020. Documentation may include tax forms, as well as communications between officials of the business and third party tax preparers who can shed light on how the business came up with different real estate appraisals.

With New York Attorney General’s Office Letitia James, a Democrat who recently announced her gubernatorial candidacy Vance would question whether the differences in property valuation amounted to tax, banking, or insurance evasion. . James is also conducting a concurrent civil investigation that could result in a lawsuit against the company.

“Inconsistency is not a crime. Intent to defraud is a crime,” Robbins told Insider. “What a prosecutor is going to look at is: Did Trump seek to defraud the United States government with respect to valuing assets and paying taxes?” Was there an intention to defraud the banks? “

Michael Cohen, a former “fixer” and longtime lawyer for Trump, told Congress in 2019 that Trump regularly inflated his wealth and the value of his assets with insurers and lenders, then turned around and undervalued his assets for pay less taxes. Cohen was sentenced to three years in federal prison in 2018 for breaking campaign finance laws to help Trump in the 2016 election, lying to Congress and other financial crimes.

Prosecutors are also examining whether leaders of the Trump Organization have avoided paying taxes by illegally accepting tax-free benefits like apartments and the use of company cars. In July, another grand jury formed by the offices of the Manhattan district attorney and the New York attorney general indicted the Trump Organization with criminal tax evasion charges, alleging it had set up a 15-year program. helping top executives evade income tax. The grand jury also indicted Allen Weisselberg, longtime chief financial officer of the Trump Organization, alleging that he oversaw the scheme and that he had personally evaded income tax on approximately $ 1.7 million in ‘benefits he had received from the company.

Trump has broadly rejected the inquiries and accused Democrats of digging for crimes. Earlier this year, he called the New York inquiries “the sequel to the greatest political witch-hunt in US history.”

They really need to find their souls: Furious Afridi asks Bangladesh if they want to progress | Cricket