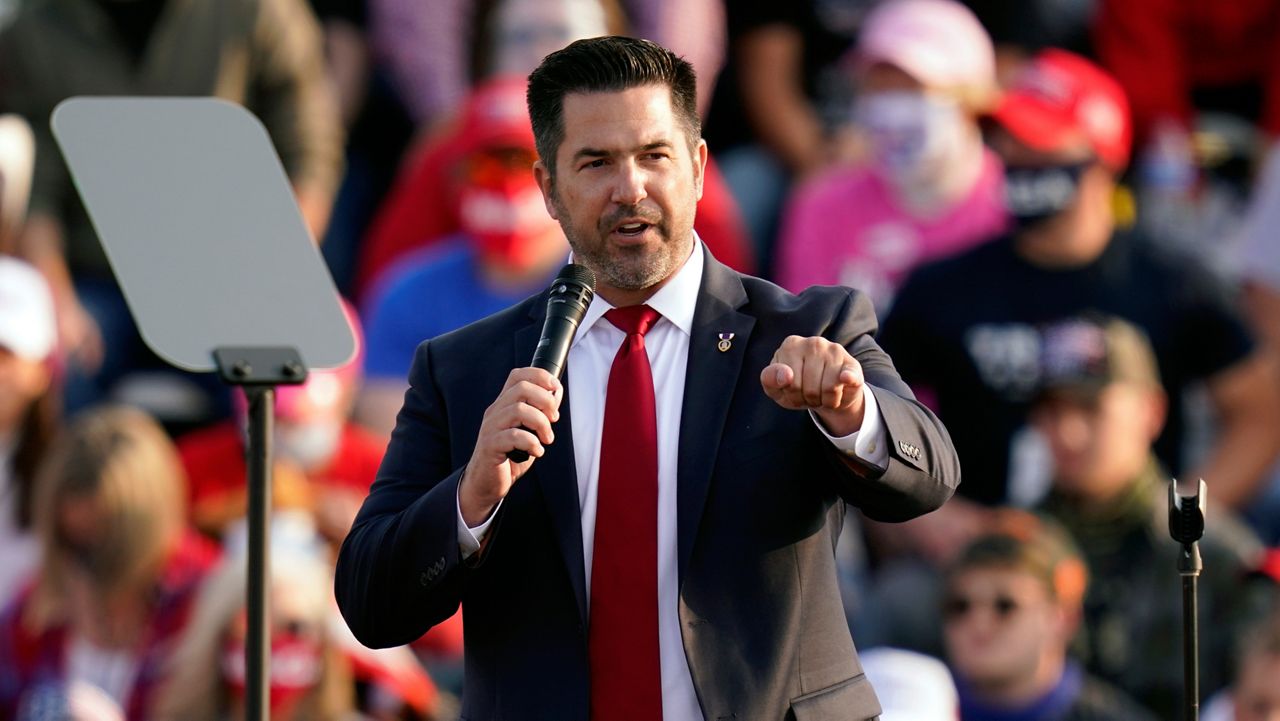 Sean Parnell, the candidate backed by former President Donald Trump for the Senate race in Pennsylvania, announced Monday afternoon that he was suspending his campaign.

What you need to know Sean Parnell, the candidate backed by former President Donald Trump, has suspended his campaign for the open seat of the US Senate in Pennsylvania. following allegations of abuse; Parnell himself spoke up two weeks ago to deny allegations that he injured his wife and children. the circumstances Other Republicans in the race include Carla Sands, Trump’s ambassador to Denmark, and real estate investor Jeff Bartos; Mehmet Oz, the surgeon and TV personality who rose to fame after frequent appearances on “The Oprah Winfrey Show”, is also potentially considering participating in the race.

The news was first reported by POLITICO. A spokesperson for the former president said both Parnell and Trump had spoken about the decision.

The news comes just hours after Parnell lost a custody battle over his three children to his ex-wife over allegations of abuse. Parnell himself spoke up two weeks ago to deny allegations that he injured his wife and children.

Snell was the most credible witness, summed up Arner in her 16-page opinion, saying she could remember and describe the details convincingly.

Snell testified about the years of rage and abuse suffered by Parnell, including once when he choked her so hard she had to bite him to get free and another time when he slapped her in the face. one of their children strong enough to leave marks on the back of the child’s shirt. .

Parnells ‘testimony, on the other hand, was found to be less credible, claiming Parnell was somewhat evasive and simply denied Snells’ claims.

Upon reviewing the credible evidence, I find that Sean Parnell has committed acts of abuse in the past against Snell, Arner wrote. He also believed Parnell slapped the child in the face, as Snell testified, Arner wrote.

In a statement, Parnell said he “strongly disagrees” with the decision and was “devastated by the decision” but could not continue his campaign given the circumstances.

“There is nothing more important to me than my children, and although I am considering asking the court to reconsider, I cannot continue a campaign in the Senate,” he wrote. “I am currently 100% focused on my children, and I want them to know that I have no other priorities and that I will never stop fighting for them.”

The Pennsylvania Senate seat, vacated by the retirement of incumbent Senator Pat Toomey, R-Pa., Is a major target for both sides. Former President Donald Trump stunned the political world by winning the often reliable Keystone State in 2016, but President Joe Biden reclaimed the State from Trump in 2020.

Other Republicans in the race include Carla Sands, Trump’s ambassador to Denmark, and real estate investor Jeff Bartos.

Mehmet Oz, the surgeon and TV personality who rose to fame after frequent appearances on “The Oprah Winfrey Show”, is also planning to participate in the race.

On the Democratic side, Pennsylvania Lt. Gov. John Fetterman has become a formidable fundraiser and frontrunner, but Rep. Conor Lamb and State Rep. Malcolm Kenyatta have also launched strong campaigns ahead of next year’s primary. .

Parnell, a decorated former Army Ranger who led a platoon in Afghanistan, wrote a memoir of his service in Afghanistan, which became a New York Times bestseller. He also wrote four action novels and became a regular guest on Fox News programs before running for Congress last year.

Trump’s endorsement came in early September, when Parnell was a much-requested guest on cable TV news shows and conservative podcasts to discuss the Taliban takeover of Afghanistan prior to the withdrawal of US forces. .

Even amid the headlines about the custody case, Trump had highlighted their support for Parnell by scheduling a fundraiser with Donald Trump Jr. on January 25 at the Trumps Mar-a-Lago Club in Palm Beach, Florida.

This is a developing story. Check back later for more updates.