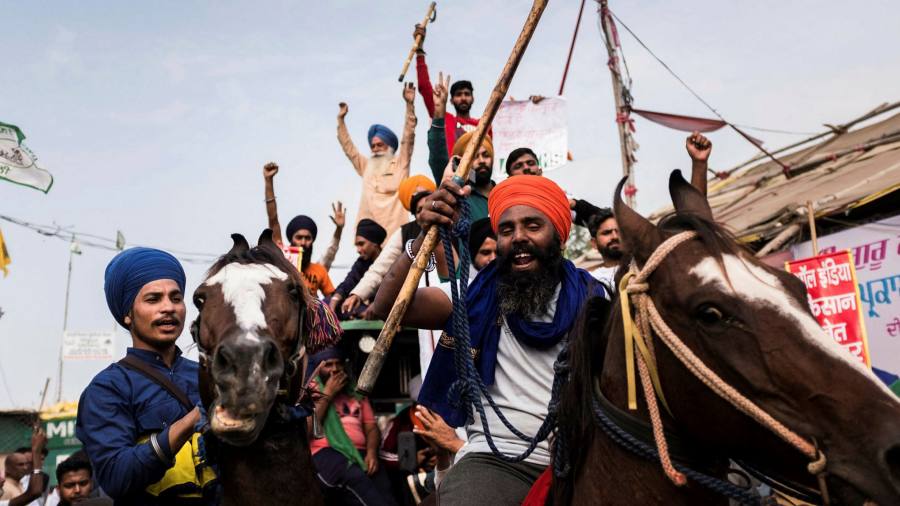 India’s agricultural sector, which directly or indirectly encompasses over half a billion people, is a constituency that politicians grapple with at their peril. Narendra Modi learned this the hard way. The Indian prime minister was forced into one of the biggest shifts in his tenure, announcing last week that he would repeal three reform laws that had sparked year-long protests from farmers. The episode once again highlights the pitfalls of the Prime Minister’s strongman approach. It also risks being put aside indefinitely, or the government being forced into reckless concessions.

The objectives of the reform were well founded. A long-standing system of allowing farmers to sell food grains at government-guaranteed prices in markets run by state committees had helped stabilize supply and end shortages that were once common. It has also led to overexploitation, ecological damage and warehouses filled with surplus grain.

The new agricultural laws allowed private companies to buy directly from farmers and set the conditions for contract farming. Modi argued – even as he announced the repeal last week – that his reforms would have given farmers more freedom to do business directly with buyers and increase their incomes, and encouraged private investment and diversification. essential cultures.

Indian producers, however, had reason to fear being exploited by unscrupulous traders or large agribusinesses, and finding themselves in an even worse situation. These reforms had to be treated with the greatest care and political finesse. Instead, the Prime Minister of India rushed them to Parliament amid the pandemic, without consultation or attempting to reach consensus. Few transitional safeguards have been put in place. Even when farmers blocked the highways leading to New Delhi, Modi refused to join, calling them professional protesters or terrorists.

As effective as he can be as an election winner, the Prime Minister has shown once again that he is far less adept at day-to-day governance and policymaking. His style is to take bold, but often poorly planned, moves and attempt to overthrow anyone who opposes him. Lessons from an earlier setback on land reform and other controversial measures such as the demonetization of large banknotes in 2016 and the discriminatory citizenship law of 2019 have not been learned. But in the farm lobby, Modi has finally encountered a group he cannot overwhelm.

The best outcome will be if the prime minister learns that difficult reforms cannot be carried out by decree, but only through the painful process of rallying other constituencies through compromise and persuasion. He has the opportunity to show that he is capable of such leadership, by trying to get agricultural reforms back on track.

Rather, there is a risk that the farmers, having felt their strength, push even further and the government – facing elections next year in Uttar Pradesh, India’s largest state and bastion of the Bharatiya party Janata de Modi – make bigger concessions. Farmers intend to push for minimum support prices to be enshrined in law, which would lock India into even more unsustainable agricultural policies.

Modi faces a balancing act. He may have abandoned agricultural reforms in an attempt to limit the political damage, but for some in his base, the about-face has tarnished his image as a very imperturbable man. The Prime Minister himself reveled in the character of an all-powerful decision-maker. Yet despite all of his success in rallying voters to his Hindu nationalist agenda, his track record of wise and lasting reform is slim. To do this, you need to know when to be bold and uncompromising – and when to listen and when to reconcile.

Helena Christensen, 52, turns the heat up in a lace lingerie dress