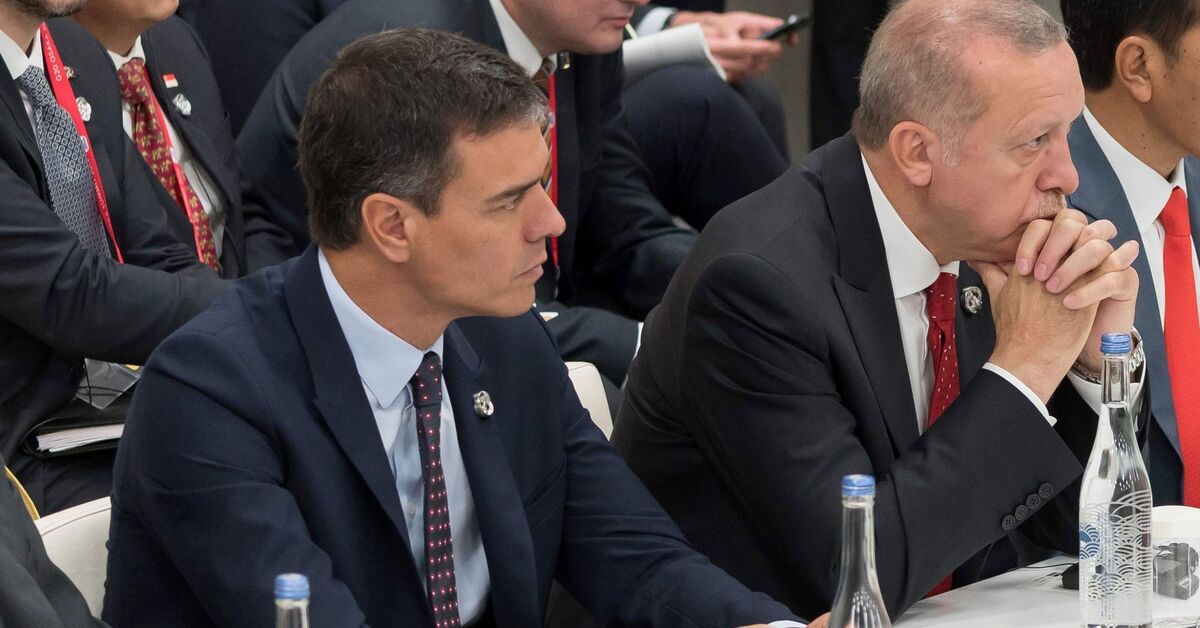 The high-level visits by Spain’s Prime Minister and the UAE’s Crown Prince to Turkey may have thrown a lifeline for Erdogans as the Turkish lira fell to record levels, sparking outrage from broad segments of society.

In its November 19 edition, the Financial Times reported that the Turkish lira had fallen to an all-time low, with some analysts calling the situation a currency crisis. The currency has lost more than 30 percent this year after investors lost confidence in the capacity of authorities to manage the economy faced with inflation which accelerated to nearly 20 percent in October, the authoritative UK paper on financial and economic issues said.

Turkey’s economic woes are a direct result of the unorthodox views of its strongman. It is therefore a man-made crisis. The man is none other than President Recep Tayyip Erdogan.

Polls indicate declining support for the president, jeopardizing his re-election and political survival. Perhaps for the first time, polls suggest that the opposition bloc and the pro-Kurdish People’s Democratic Party (HDP) could stand a chance against Erdogan’s ruling Justice and Development Party and their leaders. de facto nationalist allies. elections which are scheduled for June 2023. Erdogan has categorically ruled out the possibility of early elections.

Less than a week after the Turkish central bank’s interest rate cut by 100 basis points to 15% on November 18, the Turkish lira fell to 13 per dollar on November 23. The plunge, which was the biggest drop since August 2018, came after Erdogan said the country was leading an economic war of independence, and with “God’s help” would emerge victorious.

Waging a “war” against invisible enemies like exchange rates can be like Don Quixote battling windmills. Nonetheless, Erdogan has reasons, especially in foreign policy, to believe that disaster may not be imminent, contrary to the views of his opponents.

It should be noted in this regard the visit of Spanish Prime Minister Pedro Sanchez to Ankara a week ago. When they met, Sanchez and Erdogan “sealed a new ‘global association‘between Spain and Turkey, although they recognize that “legitimate” differences remain in their views on various issues, “reported the Spanish news agency EFE.

Spain’s socialist prime minister even went so far as to describe Turkey under Erdogan’s autocratic regime as an indispensable ally of the European Union. Thus, Spain supports Turkey’s European vision and we encourage our Turkish friends to persevere in their efforts to gradually come closer, he said, using language of unparalleled support from a leader. of the EU lately.

The reasons weren’t hard to come by when read in Erdogan’s words. He said Turkey hopes to increase defense cooperation with its NATO ally by purchasing a second aircraft carrier and possibly a submarine from Spain.

The first aircraft carrier was not on a large scale. We agreed on build on a large scale [carrier], and maybe we will also enter [cooperation] for a submarine, Erdogan said at the joint press conference. There is so much we can do in the defense industry, including armed and unarmed unmanned aerial vehicles, he added.

Turkey and Spain are strange bedfellows on the Mediterranean. Yet their military cooperation will counterbalance a similar partnership between Greece and France. The recent lavish deals between the two could tip the balance of naval power in Greece’s favor in the eastern Mediterranean. The global association between Ankara and Madrid can be seen as Turkey’s response to Greece and Spain’s response to France.

On another front, Erdogan assumed the presidency of the Organization of Turkish States on November 12, a title he will retain for at least a year. The international body comprising a population of nearly 170 million people brings together Turkey, Azerbaijan, Kazakhstan, Kyrgyzstan and Uzbekistan as full members of the organization. Turkmenistan and Hungary have observer status.

Libya is another critical foreign policy issue that provides Erdogan with some leverage. Before the end of November, eight deputies from the Tobruk House of Representatives are planned to visit Turkey, including influential people close to Aguila Saleh and Khalifa Hifter, whose capture of Tripoli was prevented by Turkish-backed groups.

The factions that were fighting the Turkish-backed groups in Libya are now keen to reach out to Ankara. The Hifters have been working actively to reestablish lines of communication with Turkey. There are rumors that the Hifters sons have been to Turkey several times recently.

The visit of United Arab Emirates Crown Prince Muhammed bin Zayed to Ankara on November 24 could also spell the end of animosity between Ankara and Abu Dhabi, especially in Libya, where two capitals support rival factions.

Turkey used to accuse the UAE of carrying out the botched 2016 coup. The UAE, in turn, was against Turkey on almost every front, from the Gulf to the United Arab Emirates. North Africa via the Eastern Mediterranean.

The most important result of the visit could be the UAE’s big investments in Turkey. The Middle East Eye reported that the Crown Prince told Erdogan in a phone call earlier this year that he was ready to invest up to $ 100 billion in Turkey, citing a “well-placed source”.

Turkey is in a bad economic position and Erdogan appears to be falling apart politically. However, it may still be too early to rule it out, thanks to foreign developments.