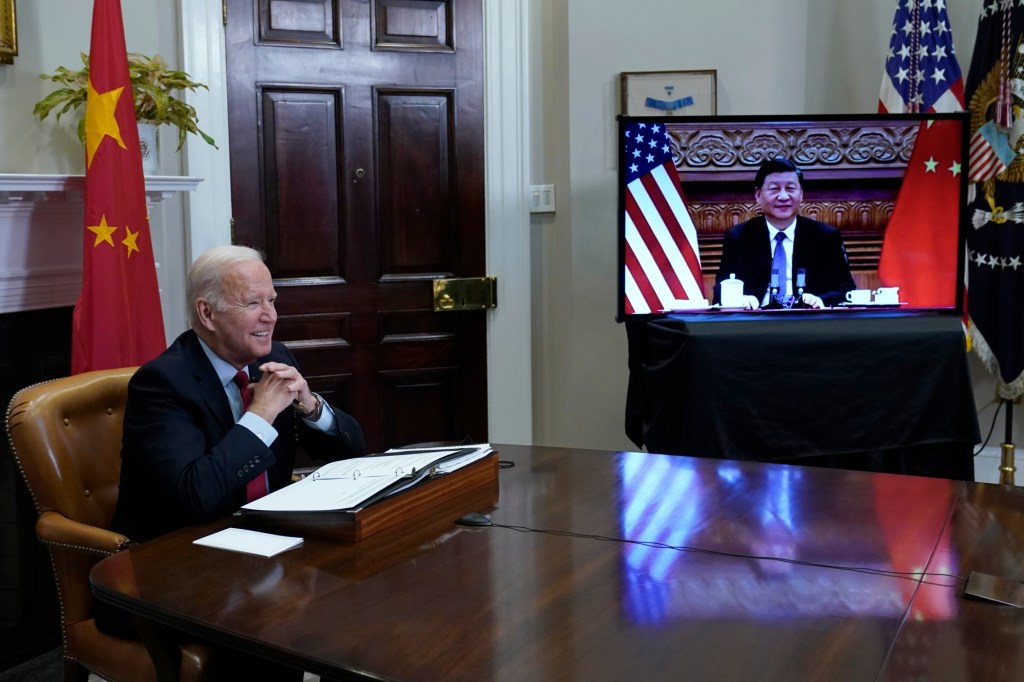 On October 21, President Biden responded to a question from CNN Anderson Cooper: So are you saying that the United States will stand up for Taiwan if China attacks?

Yes, Biden replied, we are committed to doing so.

On November 16, a day after his virtual summit with Chinese leader Xi Jinping, President Biden declared Taiwan to be: Independent. He makes his own decisions.

Each statement was then clarified by the White House to say that America did not intend to end America’s long-standing strategic ambiguity over defending Taiwan from an invasion by mainland China. .

Some have marginalized Bidens’ remarks as blunders. A better view is that they were intentional statements. Twice in a single month, President Biden made spontaneous, off-the-cuff remarks about Taiwan that indicated what he was really thinking. No elegant prose of career diplomats can undo this message.

Suppose US intelligence reports the start of Chinese military action against Taiwan. Only a few hours would separate the first reports and the fait accompli of sufficient Chinese troops in Taiwan for US military action to be unfeasible without massive losses of Taiwanese civilians.

Would America torpedo Chinese Navy ships crossing the Taiwan Strait, or would Chinese forces be allowed to get close enough to Taiwan to launch their landing craft? The president would make this decision on the basis of the best intelligence but also, and fundamentally, on instinct. President Biden has now telegraphed what his gut would dictate in this situation.

On September 2, Richard Haass, president of the Council on Foreign Relations, with his colleague David Sacks, published an article calling on America to dispel its strategic ambiguity and to clarify that America would defend Taiwan militarily if China attempted reunification. by force. The prestige of Haass’s position is unique in foreign affairs circles.

With the possible exception of a former secretary of state or national security adviser, no American outside of government commands the hearing or respect of the foreign policy establishment like Haass does. The timing of President Bidens’ statements suggests that Haass’s views have had the desired effect.

Indeed, what resulted was even better than what Haass had suggested. Had America officially changed its policy from ambiguity to assuring Taiwan’s military defense, Xi would have felt compelled to respond, especially given the delicate timing of his own ambition.

Xi chaired a meeting of the leadership of the Communist Party of China on November 11, which paved the way for an unprecedented third five-year term as head of China, putting Xi on an equal footing with Mao Zedong. and Deng Xiao Ping. . With Bidens’ declaration on Taiwan independence coming only five days later, Xi would appear weak if he did not threaten grave consequences if America acted on this belief. By making the statements he made, and then clarifying them immediately, Biden saved Xi from having to make a belligerent response, while also delivering Bidens’ message. If Biden hadn’t made his statements at all, Xi would likely have deduced that this administration was no more willing to risk US troops to defend Taiwan than it would in Afghanistan.

Bidens’ statements appear to have been designed to deflect this inference.

The history of American foreign policy after WWII has many examples of perceived weakness leading to opportunism by our adversaries. In April 1961, President Kennedy did not support the Cuban guerrillas who landed at the Bay of Pigs. Soviet leader Khrushchev deduced he was dealing with a weak leader, confirmed this view in a face-to-face meeting with Kennedy in June, and began building the Berlin Wall in August. Secretary of State Dean Acheson declared on June 12, 1950 that the US defense perimeter did not extend to the Korean Peninsula. North Korea invaded South Korea on June 15.

Bidens’ spontaneous statements in Taiwan went far not to repeat these regrettable precedents.

Tom Campbell is Professor of Law and Economics at Chapman University. He was a member of Congress for five terms, where he served on the International Relations Committee. He is also a past chairman of the Northern California World Affairs Council. He left the Republican Party in 2016 and is in the process of forming a new party in California, the Common Sense Party.