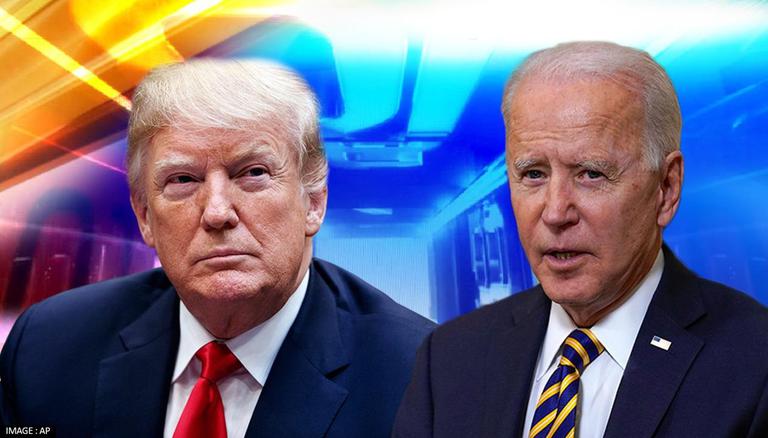 President Joe Biden’s decision to release barrels of oil from the country’s strategic reserves was castigated by former US President Donald Trump on Tuesday, November 23, who warned that Washington would now be at the mercy of OPEC. Biden previously announced on Tuesday the release of 50 million barrels of oil from the Strategic Petroleum Reserve (SPR) in conjunction with other energy consuming countries such as China, India, Japan, South Korea. and the United Kingdom.

“Now I understand that Joe Biden will announce an ‘attack’ on new strategic oil reserves so that he can approach record artificially lowered oil prices. We were energy independent a year ago, now we are. at the mercy of OPEC, gasoline sells for $ 7 in parts of california, rising nationwide, and they pull oil from our strategic reserves. “Trump said in a statement, according to ANI.

Trump recalled that the United States’ strategic oil reserves have been low or nearly empty for decades. When oil prices were very low three years ago, I filled them to the brim. These reserves are only meant to be used in the event of a major emergency, such as a war, Trump said, ANI reported.

India to release 5 million barrels of crude oil from SPR

On Tuesday, the United States and five other countries around the world announced a joint effort to tap into their national oil reserves in a bid to curb rising gas prices that have angered consumers around the world. Following Biden’s statement, India announced that it would release 5 million barrels of crude oil from its strategic oil reserves in collaboration with other countries to reduce prices. In order to stabilize prices, South Korea has said it will sell part of its oil stocks from its strategic reserves, as suggested by the United States. The UK has also said 1.5 million barrels of oil from its strategic reserves will be released. Meanwhile, allegations have surfaced that the Japanese government wants to release enough oil from its strategic stocks to last for several days, working with a number of countries to bring prices down.

Oil traders appeared to be disappointed with the move, as they expected President Biden to announce a larger release of the US Strategic Oil Reserve, which holds 620 million barrels and is the largest in the world. In world trade, the price of a barrel of crude oil surged after the announcement, however administration officials said prices could fall in the coming weeks. The United States will withdraw 50 million barrels from the SPR. Of that total, 32 million barrels will be traded over the next few months, while 18 million barrels will be sold sooner than expected.

(With contributions from agencies)