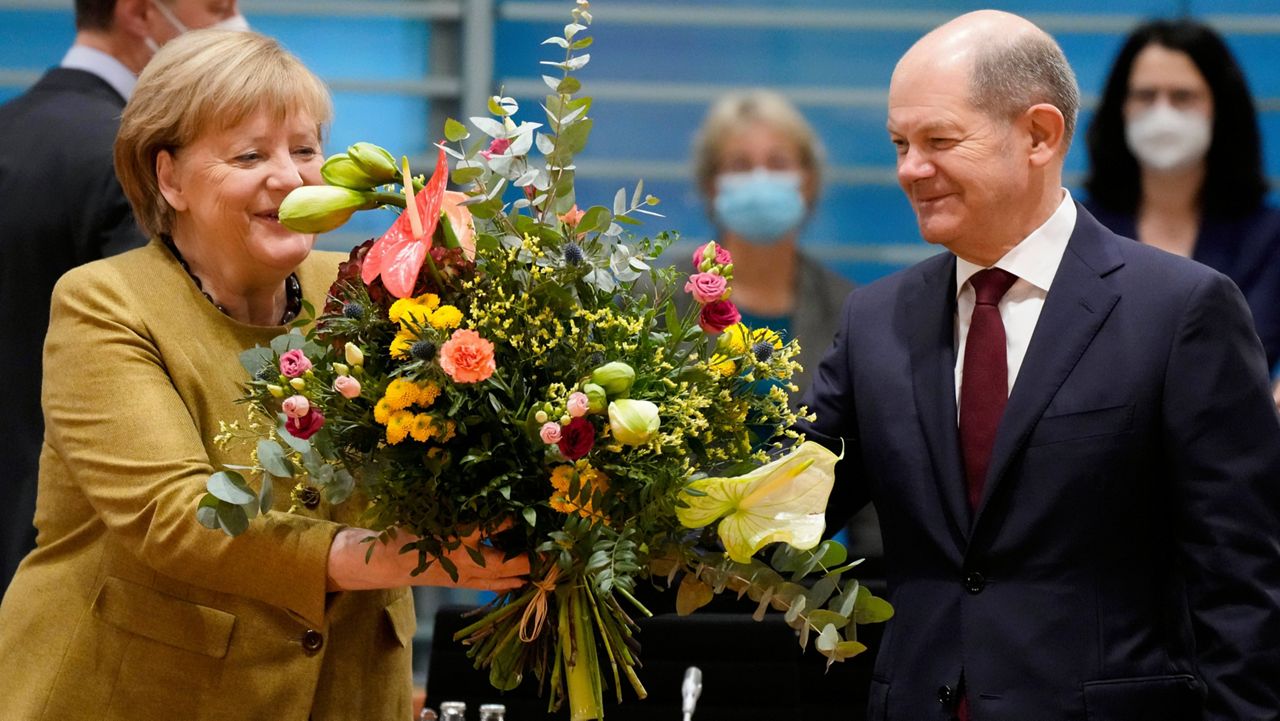 BERLIN (AP) The three parties negotiating to form the next German government will finalize and present their coalition agreement on Wednesday, two of the potential partners said. The deal paves the way for center-left leader Olaf Scholz to replace longtime Chancellor Angela Merkel in the coming weeks.

Center-left Social Democrats have been negotiating with the Green Party and pro-business Free Democrats since they narrowly won national elections on September 26. The latter two parties said the deal would be presented on Wednesday afternoon.

If party members approve, the three-party alliance that has never been attempted in a national government will replace the current “grand coalition” of the country’s mainstream parties. The Social Democrats served as a junior partner to Merkel’s center-right Christian Democrats.

Merkel, who has not run for a fifth term, is expected to be replaced by Scholz, 63, who has been her finance minister and vice-chancellor since 2018.

All three ruling parties have said they hope parliament will elect Scholz as chancellor in the week of December 6. Before that, the coalition agreement requires the approval of a vote of the members of the Greens and the conventions of the other two. parties.

News of the deal came as Merkel headed what was likely her last Cabinet meeting. Scholz gave the 67-year-old, who has ruled Germany since 2005, a bouquet of flowers.

The three-party alliance negotiations have been relatively smooth and swift compared to previous coalition talks. But the political transition, with Merkel as a lame keeper, has hampered Germany’s response to the latest increase in coronavirus cases.

Few details have emerged from the closed-door talks, including how the parties will divide ministerial portfolios. The alliance is a potentially difficult mix as it brings together two traditionally left-wing parties with one, the Free Democrats, who has tended to ally with the center-right.

A preliminary agreement last month indicated that Germany would advance its deadline to end the use of coal-fired electricity from 2038 to 2030, while expanding the deployment of renewable energy production.

At the insistence of the Free Democrats, potential partners said they would not raise taxes or ease debt brakes, making financing a central issue.

Merkel’s Christian Democrats are currently worried about a leadership race over who will become their next leader and revive the party’s fortunes after suffering the worst election result in its history.