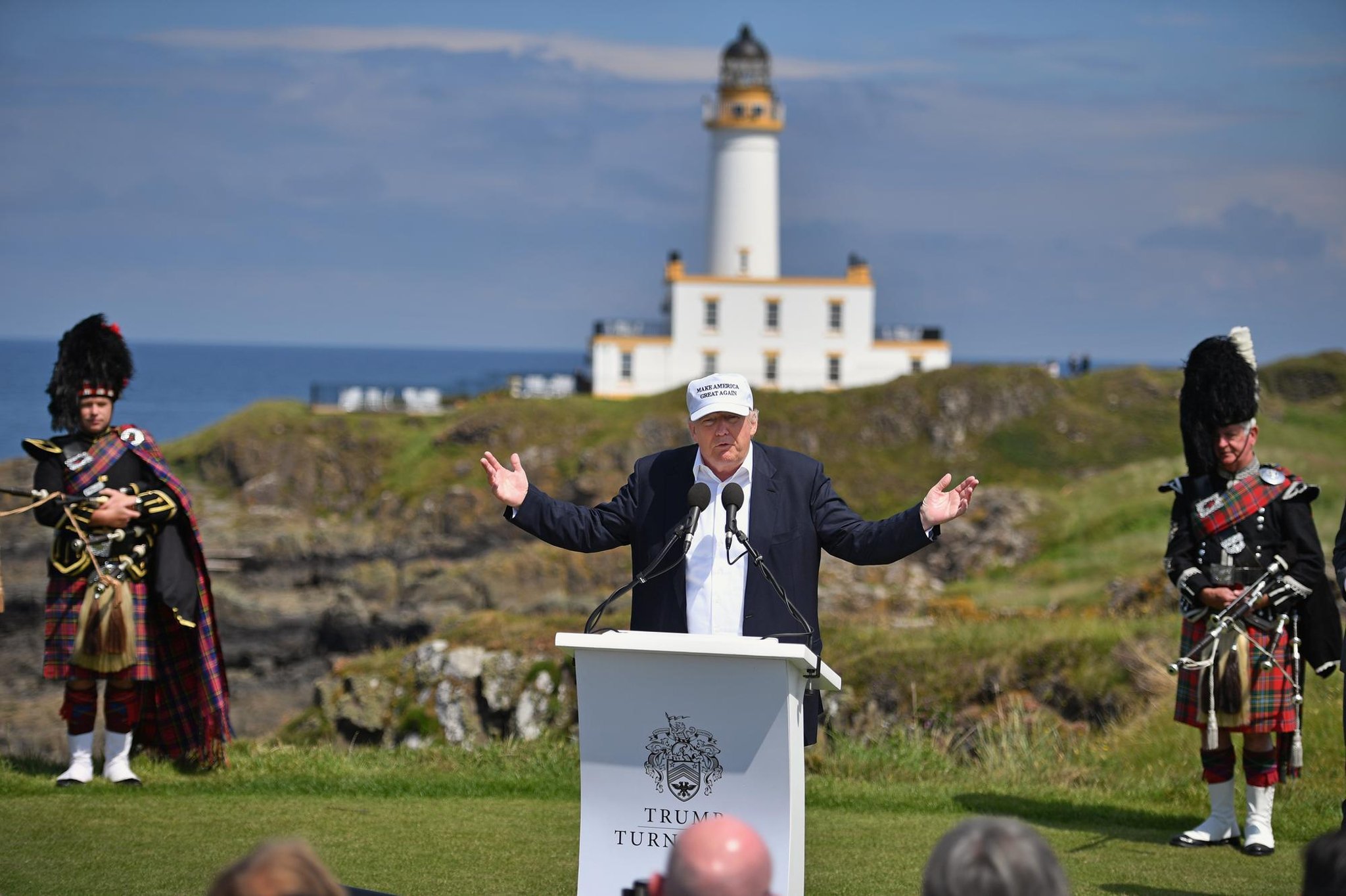 Lawyers representing AVAAZ told Judge Lord Sandison last month that Scottish ministers were wrong not to order an investigation into the Unexplained Wealth Order (UWO) against the former US president.

The group wanted the Scottish government to hold a so-called McMafia investigation into how Mr Trump secured funding for the Menie golf course in Aberdeenshire and the Turnberry complex in Ayrshire.

Lawyer Aidan ONeill QC told the sessional court that ministers did not understand the terms of the Proceeds of Crime Act 2002.

The court heard that the Scottish government’s current approach to UWOs allows the Lord Advocate to play a role in deciding whether or not to launch such investigations.

Lord Sandison learned that the law did not allow the Lord Advocate to play such an important role.

However, Lord Sandison discovered that the evidence showed that the Scottish ministers had acted legally and in accordance with the law.

In a written judgment delivered Thursday, Lord Sandison rejected arguments made by the New York-based group.

Concluding that the arguments regarding the Lord Advocates’ leading role in unexplained makeshift orders were wrong, Lord Sandison wrote: demand a UWO, whether in relation to a politically exposed person or otherwise.

All the article basically says is that once an unexplained wealth ordinance has been granted and apparently complied with, Scottish ministers must decide whether to give the Lord Advocate the opportunity to push forward the case under the Proceeds of Crime Act functions, which are specifically assigned to it under that Act or whether to prosecute under the POCA provisions generally assigned to them under that Act , or not to adopt any of these measures.

The Scottish Green Party first called for an unexplained wealth ordinance amid questions about how Mr Trump managed to fund course purchases at Turnberry in 2014 and Menie in Aberdeenshire in 2006.

The UK government has introduced orders to facilitate the investigation of money laundering and other criminal financial activities.

First Minister Nicola Sturgeon told the Scottish Parliament that responsibility for the investigation rests with the Crown Offices Civil Recovery Unit, which is politically independent from the government.

Then-Justice Secretary Humza Yousaf later announced Ms Sturgeon was wrong and the law allowed the Scottish government to launch an investigation into the Unexplained Wealth Order.

This prompted AVAAZ to ask the lawyers to go to the Court of Session.

In October, Mr ONeill said that in reviewing the legislation, the court would see that it was Scottish ministers and not Scotland’s highest-ranking prosecutor, the Lord Advocate, who were responsible for ordering an investigation into the unexplained fortune ordinance.

The Scottish government challenged the action. Her legal team told the court that she acted legally in the case.