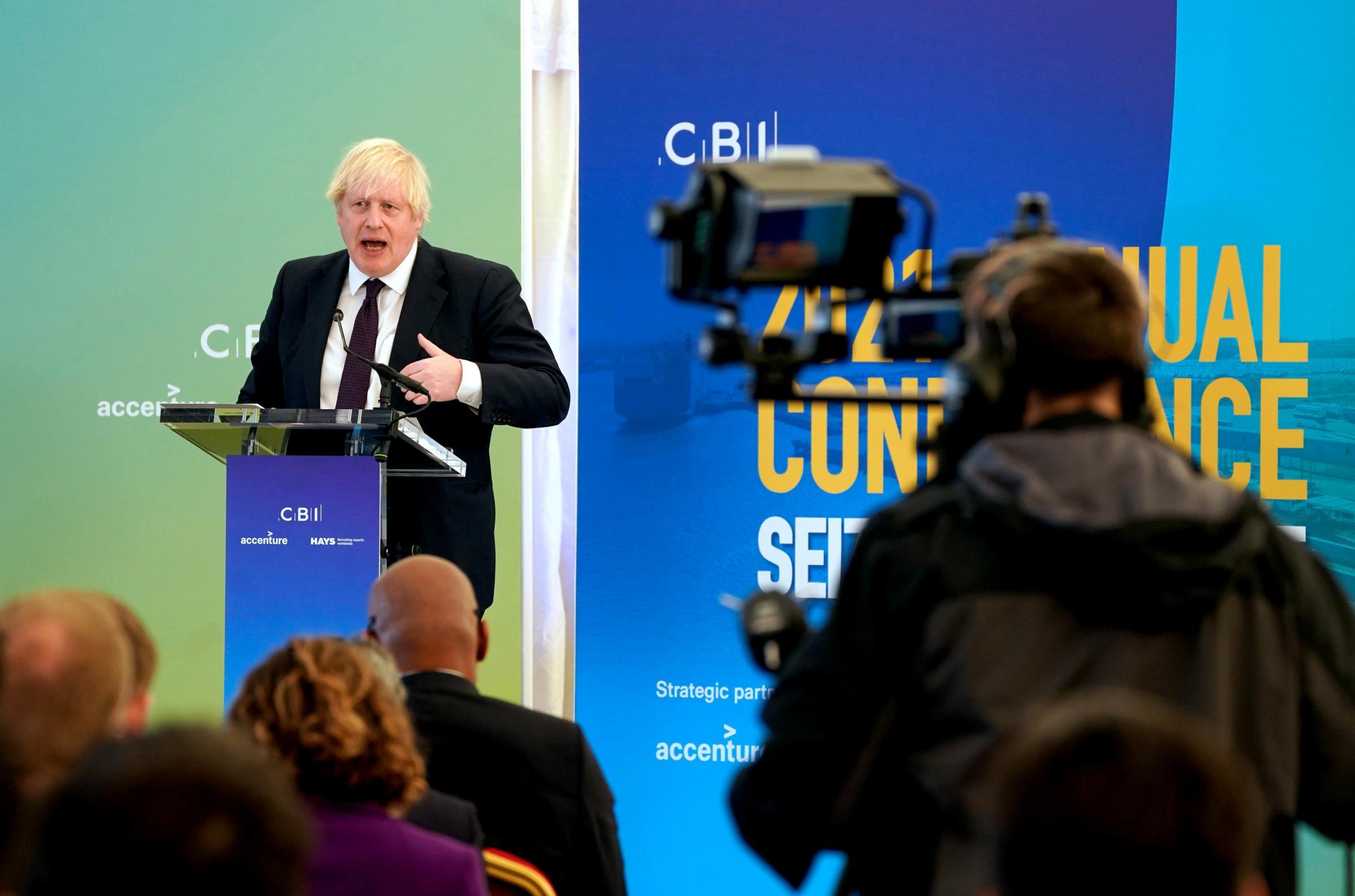 FROM the government that brought us hits like ‘UK is not a corrupt country’, we now have new insurance that is sure to reach number one.

On Tuesday, a government spokesperson told reporters the prime minister was physically okay and had not lost control.

The uncomfortable statement came after a calmly damning question was asked of the man himself on camera after his chaotic speech at CBI.

The reporter listed everything that had gone wrong and then asked the prime minister: “Frankly, is everything okay?

This new media approach of perplexity and concern will worry the Conservative Party more than any furious or forensic conviction of their leader ever could.

This change crept in unexpectedly from the Prime Minister.

This was confirmed in the reaction to his self-inflicted injury in the Owen Paterson case, but it started before.

The last few weeks have caught the public’s attention and imagination.

Boris Johnson’s woes as leader have, to use that gruesome expression, “cut the thread” with those who might not follow all the twists and turns in politics, but nonetheless notice when their prime minister repeatedly takes an eejit of itself on TV.

Yet how many times have we been told that Boris Johnson is a showman; a star speaker and the kind of man you’d like to have a drink with?

It’s impossible to say, but the myth has certainly repeated itself enough that a good portion of the public is beginning to believe it.

This is despite the fact that his own words and actions painted a much different picture.

His speeches have always been disjointed and littered with complacent tangents.

Boris Johnson has not changed.

His speech at CBI, with references to Peppa Pig, broomsticks and 20 seconds of dead air as he lost his place, was not the Prime Minister on a day off.

Only now, belatedly, the laughter has finally stopped.

Even commentators who generally claim to appreciate his silly Latin quotes and half-formed anecdotes have lost patience with him.

Maybe now they’ll stop insisting that his laziness is actually part of a larger strategy that the rest of us are just too stupid to follow.

His colleagues are fed up too.

If they haven’t already, their obvious Prime Minister fatigue should sound alarm bells in Downing Street.

The anonymous quotes from the parliamentary party are as entertaining as they are brutal.

He is no longer Bojo. He’s not their star performer or their winning ticket. He is “weak” and his authority “evaporates”.

A senior Conservative MP told The Sun: “He’s like Jose Mourinho – he was good ten years ago and his powers have faded since.

“Yes, he won an election, but a bowl of soup could have beaten Jeremy Corbyn.

“There is real anger. He has until spring to get back on track or he will be in real trouble. ”

According to reports in recent days, letters of no confidence in the Prime Minister have already been submitted to the chairman of the 1922 committee, Sir Graham Brady.

The numbers are still notoriously hard to pin down. The only person who knows the true total is Sir Graham himself.

The logs have the current total between a handful, a burst and a dozen.

The magic number is 54 to 15% of Conservative MPs. When, and if that total is reached, a leadership race will be triggered and we could say goodbye to Boris.

No one is seriously suggesting that we are still near that point.

But Boris Johnson would be foolish to take his party’s support for granted.

In the medium and long term, this could mean the end of his tenure as Prime Minister. Even in the short term, when a Prime Minister loses the respect of his colleagues, it makes their job immeasurably more difficult.

Party discipline is already crumbling. Even the 2019 class MPs (those newbies who would usually want to impress the bigwigs of the party) are rebelling against the votes, most recently on the government’s proposed welfare reforms in England.

The strong majority of 80 seats of government should facilitate the passage of business in the House of Commons.

But with every scandal and unforced error, you see how quickly that majority can be reduced.

Regarding the government amendment on social protection, there were only 26.

Some of the “Red Wall” MPs are much more independent than many would have imagined.

The unconditional wing of the Brexiteer party was a lingering thorn in the side of former Prime Minister Theresa May.

The young team of the Red Wall could well become that of this Prime Minister.

To add to his troubles, Keir Starmer’s Labor is in danger of becoming a decent opposition.

Labor MPs have been at the forefront during the corruption scandal, not only to highlight the elegant antics of the UK government, but also to come up with ideas for cleaning up our politics.

Their sentence about “the joke is no longer funny” is simple, but effective.

The polls are moving in favor of Labor, but their strategy is not based on an immediate turnaround for the two main parties.

They just have to undermine the credibility of the Prime Minister, little by little, until his party has had enough of him or the public does.

For his part, Boris Johnson seems determined to give the opposition all the help he can.

If it was another leader of another party, you would say he has plenty of time to turn things around before the next election.

But the Conservatives are brilliantly ruthless when it comes to sending leaders who are past their expiration date. And Boris Johnson’s creeping narcissism doesn’t allow for much soul-searching or personal growth.

It’s a powerful mix that makes her future less certain than ever.

Our columns are a platform for writers to express their opinions. They do not necessarily represent the views of The Herald.