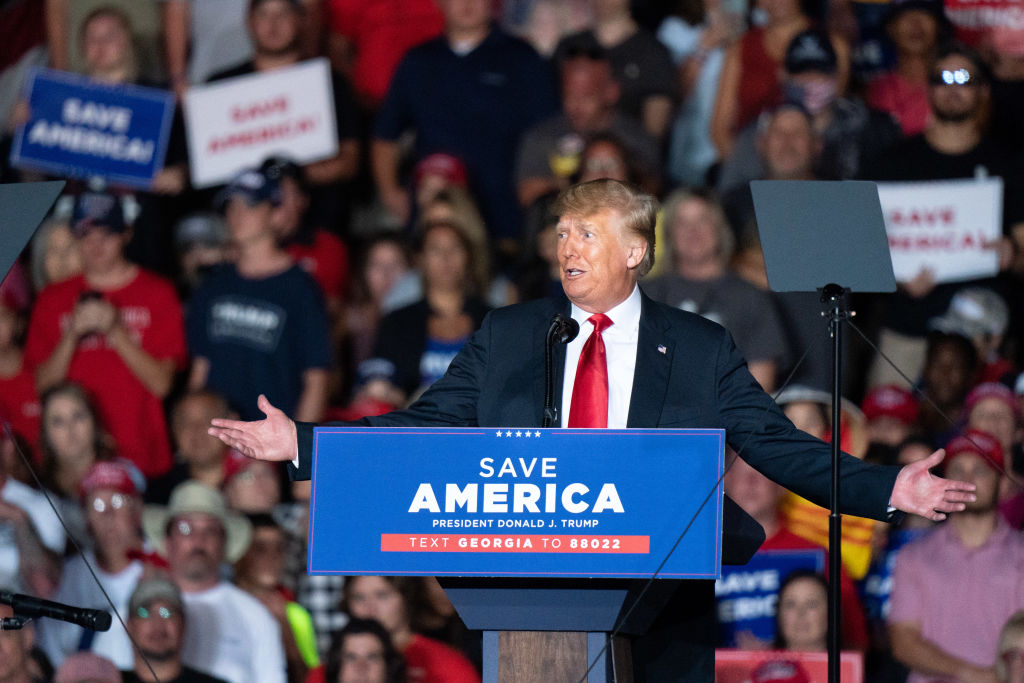 Former President Donald Trump again hinted Thursday that he will run for the top office in the 2024 U.S. election. Trump dropped the signs in remarks he released Thursday as part of the celebration of Thanksgiving, the Daily Mail reported.

“A very interesting time in our country, but don’t worry, we will be great again – and we will all do it together,” Trump said in his statement. Remember that Donald Trump’s campaign slogan was “Make America Great Again”.

The former president added in his Thanksgiving remarks that “America will never fail” and they will not allow the nation to go in the “wrong direction.”

He then ended his remarks by urging Americans to enjoy their Thanksgiving, noting that a “wonderful future awaits them.”

READ NEXT: “I’ll Beat Him” ​​- Ex-Pres Says. Donald Trump if he faced Florida Gov. Ron DeSantis for presidential post in the 2024 election

Donald Trump on the presidential race

Trump has hinted that he will run for another presidential term since losing the 2020 election to President Joe Biden. However, there had been no official announcement.

On November 8, Donald Trump said in an interview with Fox News that he would officially announce his electoral plans after the 2022 midterm election, saying there would be a lot of people who would be “happy” with the move.

“I’m sure thinking about it, we’ll see… I think a lot of people will be very happy, frankly, with the decision, and will probably announce it after mid-term,” Trump said.

However, Donald Trump stressed that his announcement after the 2022 midterm election does not mean he will run in the 2024 presidential election. run for the job and wait for his decision as they will not run if he decides to compete for the job.

Trump stepped down 10 months ago and has publicly hinted that he would once again compete with Joe Biden for the job. Although President Joe Biden won Trump by more than seven million votes, the New York Post noted that the Electoral College would have been tied if Donald Trump had received 43,000 votes in three “swing” states.

Psaki made her comments when questioned by a report in Air Force One on Monday about claims that Biden had told his allies he would run for president again.

Psaki blatantly responded to the reporter, saying “He is, that is his intention.”

It can be recalled that Joe Biden is already known as the oldest man to have served the United States as president. If re-elected, Biden, who turned 79 this weekend, will be 82.

READ NEXT: Biden Administrator To Restart Donald Trump’s ‘Stay In Mexico’ Policy ‘As Soon As Next Week’

WATCH: The best and worst moments of Donald Trump’s presidency – From Channel 4 News

Latin post 2021. All rights reserved. Do not reproduce without permission.