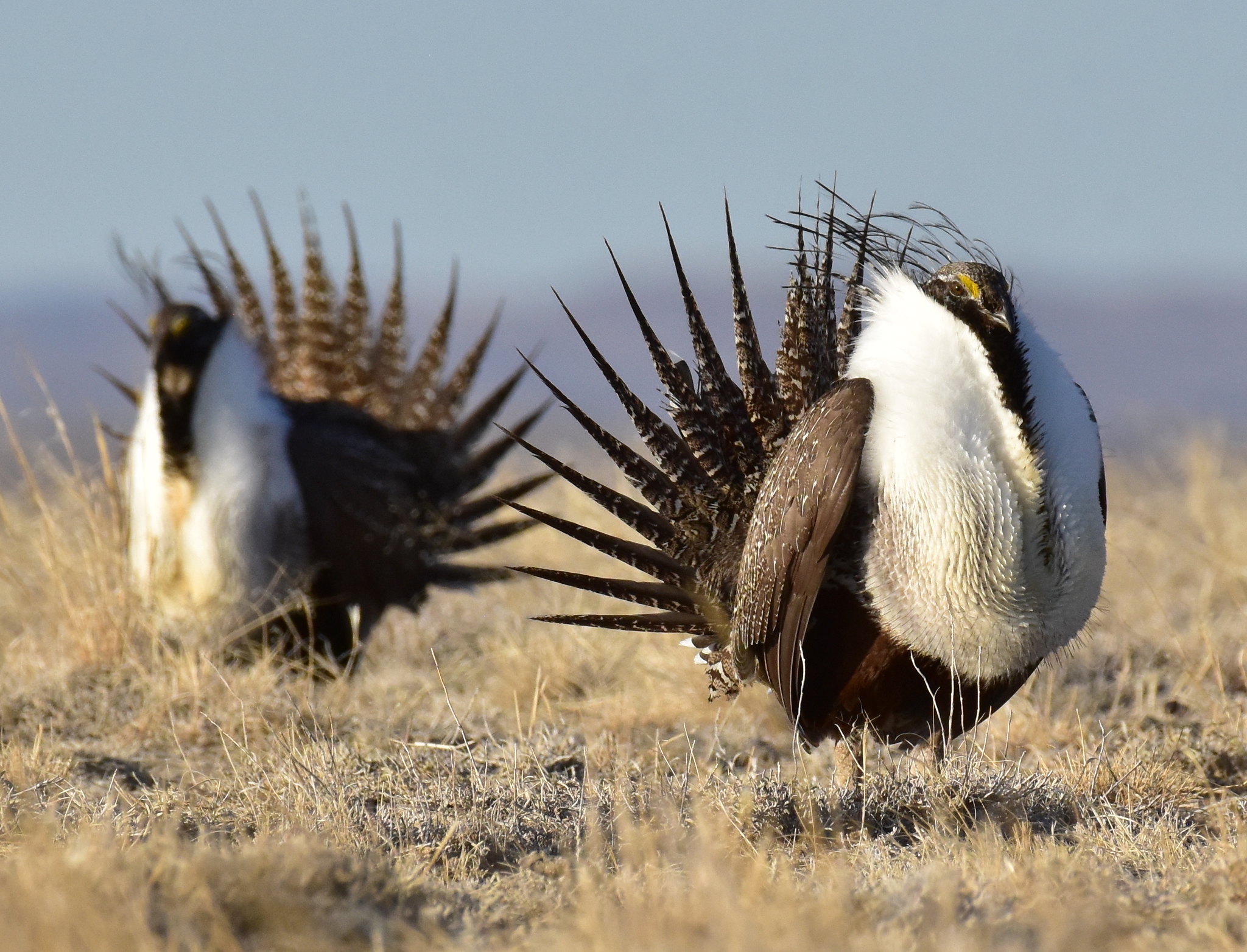 The Bureau of Land Management updates Obama-era plans to manage the sage grouse in 10 western states.

The Home Office’s agency will examine new scientific data, including the effects of climate change, to determine how to manage bird habitat, a Nov. 19 press release said.

BLM director Tracy Stone-Manning said in the statement that the agency would build on the model developed under President Barack Obama, who then interior officials credited with saving the greater sage grouse for listing under the Endangered Species Act.

But the agency must first collect data to determine what needs to be updated after President Donald Trumps’ administration undermined conservation efforts.

The 2015 plans laid a solid foundation, but actions during the previous administration prevented those plans from being implemented, Stone-Manning said. As we strive to build on past plans, we wonder if there are other steps we should take given the new science.

Sage-Grouse are abundant over an area of ​​167 million acres in the shrubby areas and arid grasslands of the west where sagebrush is the dominant plant.

But the Sage-Grouse habitat is threatened by human activity, including oil and gas development and expanding agricultural operations, as well as the effects of climate change. The US Geological Survey estimated earlier this year that sage grouse populations had fallen 80% since 1965 and 40% since 2002.

The sage-grouse, known for its bizarre courtship display, has sparked political controversy for years due to the effects of federal protections on rural industries.

In 2015, the BLM and the Forest Service under Obama amended nearly 100 land use plans, in consultation with state authorities and private landowners, to encourage greater sage-grouse conservation efforts. The plan also recommended that 10 million acres of sage grouse habitat be removed from mining eligibility.

Restoring the 2015 plans was an important step, but we find ourselves in a different situation than we were six years ago.

Then-Home Secretary Sally Jewell called the landscape-wide plan truly historic for its scope and collaborative efforts. The US Fish and Wildlife Service has determined that as a result of this plan, the species no longer merits protection under the Endangered Species Act.

But under President Donald Trump in 2017, Home Secretary Ryan Zinke, a former Republican member of the United States House from Montana, overturned the mining ordinance and called on the department to investigate means to enable development in areas protected by the 2015 plan.

A 2019 analysis commissioned by conservation groups The Wilderness Society, the National Wildlife Federation and the National Audubon Society found that federal approvals of oil and gas leases on sage-grouse habitat tripled in the first two years. administration compared to the last 15 months of Obama’s tenure.

Alison Holloran, vice president of the National Audubon Society and executive director of the Audubon Rockies regional office, said it will be critical to determine how circumstances have changed since the 2015 actions and indicated that more ambitious action might be necessary.

“Restoring the 2015 plans was an important step, but we are in a different place from where we were six years ago,” she said in a statement from the group on Monday. We have wasted a lot of time conserving and restoring these public lands so important to the sage grouse. The threats to the bird are real and cannot afford to be ignored.