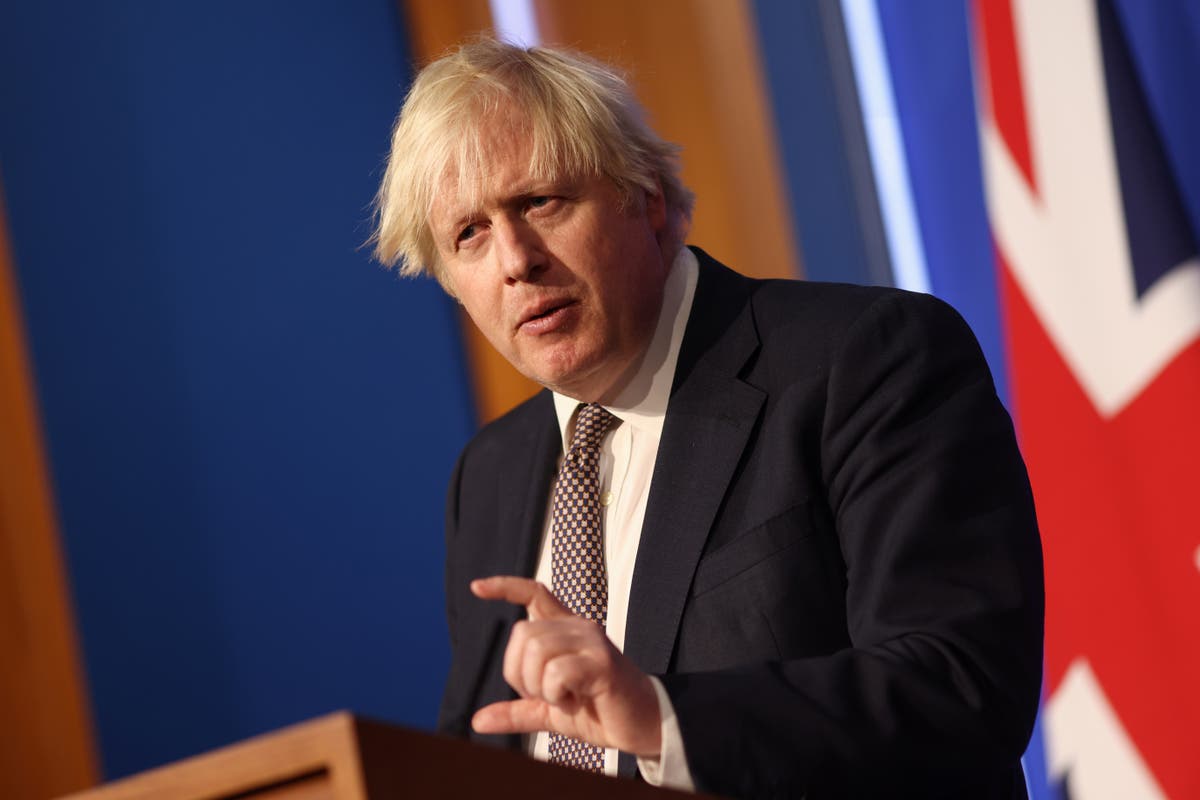 Boris Johnson urges Vladimir Putin to defuse tensions with Ukraine amid fears that Russia is considering invading its neighbor.

The prime minister was among several Western leaders, including US President Joe Biden, who last night backed Kiev against Moscow as Russia beefs up its border troops.

The UK, US, France, Germany and Italy have all agreed to use any tools at their disposal to fight the Kremlin aggression.

Elsewhere, Dominic Raab, the former foreign secretary, dismissed a whistleblower’s claims that the UK’s chaotic evacuation from Afghanistan earlier this year resulted in an inability to allocate resources and critical delays that ultimately resulted in death.

There are a lot of problems with the behavior of people in parliament sexual harassment, bullying, alcohol problems, often a mixture of the three, writes Marie Le Conte, but rampant drug use is almost certainly not one of them.

Read the full article from Maries below:

Sir Keir Starmer praised veteran Labor Harriet Harman as a champion for women and social justice who paved the way for future generations after deciding to step down in the next general election.

The Labor leader said: Harriet, your commitment to Labor, Camberwell and Peckham for almost 40 years has been phenomenal.

A champion of women and social justice – you have paved the way for future generations.

It has been a privilege to work with you, I look forward to continuing to do so for some time to come.

Several other Labor MPs sent their best wishes to Ms Harman, who has decided not to stand in the next election.

Thank you @HarrietHarman for all you have done for so many women in Parliament and across our country, fictional Chancellor Rachel Reeves said. We all owe you so much. A true champion of social justice, you have worked so hard to bring more rights and representation to so many people.

Anneliese Dodds, shadow secretary of state for women, said: Harriet has broken ceiling after ceiling for women. The very first Women’s Minister and the force behind massive improvements in women’s security and economic empowerment (and of course, as a Labor leader). Thanks Harriet, for everything you’ve done.

I’m sorry I didn’t accept this, Raab said when talkRADIOs Julia Hartley-Brewer told him that multiple sources confirmed that a rally of dozens took place on December 18.

No. 10 was very clear. There was no party and the Covid rules were followed throughout.

The Liberal Democrat candidate in the upcoming by-election in North Shropshire has apologized after comparing the tactics used by Home Secretary Priti Patel to Nazi propaganda chief Joseph Goebbels.

Education watchdog Ofsted has been commissioned to conduct an inspection of all child welfare services in Solihull, Birmingham, following the murder of Arthur Labinjo-Hughes.

Ofsted chief inspector Amanda Spielman said the investigation would cover everything from education and health to police and probation.

Ms Spielman said the investigation would not specifically address Arthur’s case, but would examine how these services deal in conjunction with child protection.

We have a prime minister who thinks he’s Julius Caesar

The Labor MP and shadow attorney general was responding to a Downing Street move to give ministers more power to ignore court rulings.

Appearing on LBC radio, Mr. Thornberry said “we have a Prime Minister who thinks he’s Julius Caesar and can do whatever he wants! “

An official review has stopped before calling for making misogyny a hate crime, despite growing calls for change following the murder of Sarah Everard.

Our home affairs and security correspondent Lizzie dearden to the story:

Veteran Labor MP Harriet Harman to step down in next election

Labor MP and former minister Harriet Harman has announced that she will step down in the next general election.

My colleague Holly Bancroft has more details below:

The government has announced a $ 100 million prison drug crackdown that it says will tackle the scourge of recidivism and reduce crime, but the plan has been called simplistic and short-sighted.

Very reckless for No.10 to lie about lockdown Christmas party, says Dominic Cummings

Dominic Cummings has hinted that Downing Street was covering the Christmas holidays during last year’s lockdown, saying it was very unwise for No 10 to lie after the Prime Minister’s spokesperson explicitly told reporters that ‘there was no party.

My colleague Celine Wadhera has more details below:

Austria plans to lift the blockade, but not for the unvaccinated