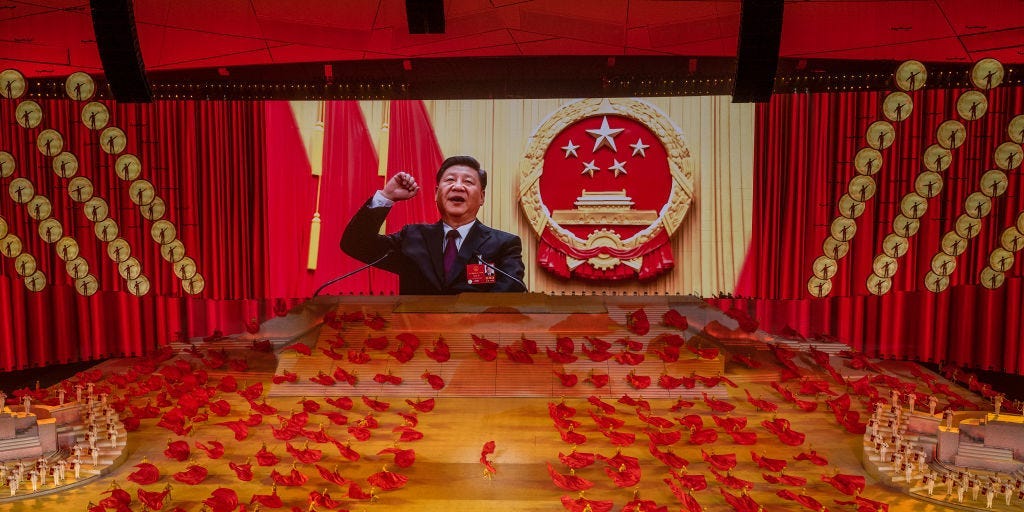 Amazon agreed to cooperate with Chinese propaganda after government issued ‘edict’ to them, Reuters found investigated.

In 2019, Amazon was selling a collection of President Xi Jinping’s texts, including “Xi Jinping: The Governance of China,” when Beijing asked the US e-commerce giant to turn off its rating and commenting feature after a negative opinion has surfaced.

These items are used on the vast majority of Amazon products, but they have complied with Chinese government requirements and removed them from their Chinese site.

Now, on Amazon.cn, the government-published book has 0 customer reviews, and no comments can be posted.

Reuters news agency said it spoke with more than two dozen people involved in Amazon’s China operation. The special report reveals “how the business has survived and prospered in China by helping to advance the ruling Communist Party’s global economic and political agenda.”

In its investigation, Reuters revealed that Amazon’s compliance with Chinese government instructions was part of Amazon’s “ten-year effort” to win the support of the Xi regime and increase its presence on one of the most major markets of the world.

“Ideological control and propaganda are at the heart of the Communist Party’s toolkit to achieve and maintain its success,” the backgrounder said, according to Reuters. “We do not judge whether it is good or bad,” he added.

In response to this, Amazon launched the “China Books” project. Described in the 2018 backgrounder, the project between the Chinese government and Amazon created a portal to specifically sell books by the government.

China Books eventually offered more than 90,000 publications for sale but failed to generate significant revenue, according to the report.

In the “Chinese Governance” section of the site, the “Xi Jinping: The Governance of China” book series, compilations of speeches by the Chinese president, are the only titles available.

Many books on the site are apolitical and focus on geography or cuisine, for example. However, many take a political stand: all support the Chinese Communist Party.

They include “The Amazing Xinjiang: Stories of Passion and Legacy,” describing life in Xinjiang, where the UN has said one million Uyghur Muslims were forced to live in totalitarian re-education camps.

However, the book asserts that ethnicity is “not an issue” in the province, regurgitating the Chinese government’s message, which denies any mistreatment or abuse of ethnic minorities.

By answering questions from Reuters, Amazon said it “complies with all applicable laws and regulations, wherever we operate, and China is no exception.” He added that “as a bookseller we believe it is important to provide access to the written word and to diverse perspectives. This includes books which some may find objectionable.”

Amazon’s state-owned Chinese books partner, China International Book Trading Corp, or CIBTC, said the company is a “two-business relationship.” China’s National Press and Publishing Administration, the state propaganda arm with which Amazon has partnered, made no comment when Reuters approached it.