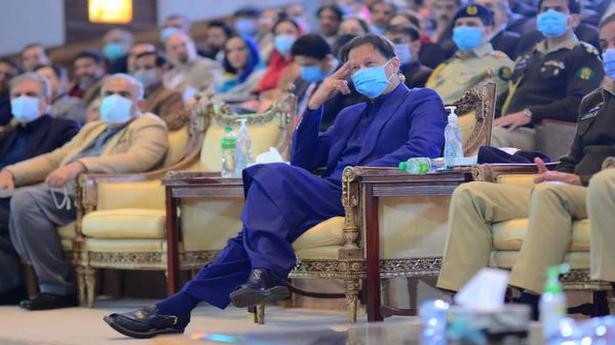 Pakistan, as part of its internal and external peace policy, wants to improve its relations with India, says the 110-page document, unveiled by Prime Minister Imran Khan in Islamabad.

Pakistan has expressed a desire to improve relations with India as part of its first-ever national security policy unveiled on January 14, which stressed that policies focusing on Hindutva, arms buildup and the Unilateral action to impose unilateral solutions to outstanding disputes were the main obstacles.

Pakistan’s ties with India and the Kashmir issue as well as bilateral relations with other nations have been addressed in Section VII of the NSP titled Foreign Policy in a Changing World.

Pakistan, as part of its internal and external peace policy, wants to improve its relations with India, says the 110-page document, unveiled by Prime Minister Imran Khan in Islamabad.

However, he added that a just and peaceful settlement of the dispute in Jammu and Kashmir remains at the heart of our bilateral relations. He said the rise of Hindutva-led politics in India is deeply concerning and has an impact on Pakistan’s immediate security.

The political exploitation of a policy of belligerence towards Pakistan by Indian leaders has led to the threat of military adventurism and non-contact warfare in our immediate east, he said.

The growing accumulation of Indian weapons, facilitated by access to advanced technologies and exceptions to non-proliferation rules, is a matter of concern for Pakistan, according to the document.

He said India’s pursuit of unilateral political actions on outstanding issues is an attempt to impose unilateral solutions which can have far-reaching negative consequences for regional stability. The policy also stated that despite its concerns, Pakistan continues to believe in resolving all outstanding issues through dialogue; however, recent Indian actions remain significant hurdles in this direction. He said bilateral relations have been stalled due to the unresolved Kashmir dispute and India’s hegemonic designs.

Pakistan remains committed to the normalization of relations with its neighbors on the basis of mutual respect, sovereign equality and a collective effort to find ways of resolving disputes with the belief that shared economic opportunities are the cornerstones. prosperity in Pakistan and the region, he said.

It further states that a just and peaceful resolution of the Jammu and Kashmir conflict remains a vital national security interest of Pakistan and denounces India’s actions of August 2019.

The new policy also extended moral, diplomatic, political and legal support to the people of Kashmir until they realize their right to self-determination guaranteed by the international community in accordance with the resolutions of the United Nations Security Council (UNSC ). Ties between India and Pakistan crumbled after a terrorist attack on Pathankot airbase in 2016 by terror groups based in the neighboring country. Subsequent attacks, including one on an Indian Army camp in Uri, further soured the relationship.

The relationship plunged further after Indian warplanes shelled a Jaish-e-Mohammed terrorist training camp in the heart of Pakistan on February 26, 2019 in response to the Pulwama terrorist attack in which 40 CRPF jawans were killed.

Relations deteriorated after India announced the withdrawal of special powers from Jammu and Kashmir and the splitting of the state into two union territories in August 2019.

India has repeatedly told Pakistan that Jammu and Kashmir was, is and will always remain an integral part of the country. He also advised Pakistan to accept reality and stop all anti-Indian propaganda.

India has told Pakistan that it wants normal neighborly relations with Islamabad in an environment free from terror, hostility and violence.

The five-year policy document covering a period from 2022-26 is endorsed by Imran Khan’s government as the country’s first such strategy document which sets out the national security vision and guidelines for achieving it. these goals. .

The new policy also pledged to show zero tolerance towards any group involved in terrorist activities on Pakistani soil.

Issues of terrorism and extremism have been addressed in Section VI titled Internal Security which in its opening paragraph envisions a stable and secure Pakistan where citizens enjoy their constitutional privileges and are protected from violence, extremism and crime, and where the rule of law is respected equally for all.

But the policy acknowledges that despite the success, the threat of terrorism remains, saying the employment of terrorism has become a preferred policy choice for hostile actors in addition to soft intrusion through various non-kinetic means.

Pakistan will adopt a four-pronged policy of engagement: separating the reconcilable from the irreconcilable; halt recruitment; tightening of financial sources; and pursue targeted socio-economic policies to address governance concerns in regions where violent sub-nationalist elements operate, he said.

The policy stresses that extremism and radicalization on the basis of ethnicity or religion pose a challenge in Pakistan and the inculcation of interfaith and interfaith harmony and societal tolerance in all its forms will be prioritized.