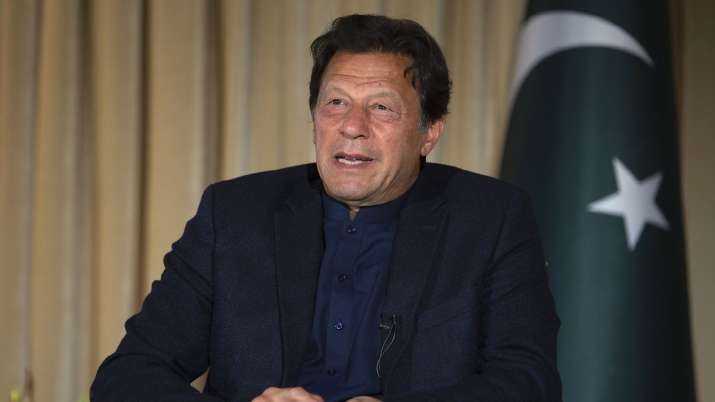 Pakistani Prime Minister Imran Khan on Friday launched Pakistan’s first-ever national security policy based on a citizen-centric framework and focusing more on reviving the country’s ailing economy and position in the world, unlike the previous one-dimensional security policy deeply rooted in the development of military capabilities.

Our foreign policy will also focus much more on economic diplomacy in the future, he said.

He said inclusive growth was needed but Pakistan needed to get loans from institutions such as the International Monetary Fund, lamenting that the country never had a plan to secure itself economically.

“The concept we have now brought to Pakistan is to ensure the upliftment of the vulnerable segment,” he said, adding that his government had taken measures such as introducing health cards for health services for the welfare of the poor. Khan said the rule of law was also important for prosperity and progress. “The reason behind the progress of any country is a strong presence of the rule of law, he said.

Any national security approach must prioritize national cohesion and the prosperity of people while ensuring fundamental rights and social justice without discrimination. To realize the vast potential of our citizens, it is necessary to promote good governance based on delivery, he said.

He also stressed the importance of successful policy implementation and announced that the National Security Committee (NSC) will regularly review progress.

National security was clearly spelled out in the new document, he said, adding that the policy articulates a citizen-centric framework, placing economic security at its core and striving for a secure and economically resilient Pakistan.

Khan said that Pakistan, since its evolution, has had a one-dimensional security policy where the emphasis was on the military.

“For the first time, the National Security Division has produced a consensus document that defines national security appropriately,” he added. Khan, in his speech on Friday, compared Pakistan’s armed forces to glue to keep the nation together and pledged to give them more support in the coming days.

Our armed forces are our pride and unite the nation. Given the threats we face in the region and the growing threat of hybrid warfare, they will continue to receive even greater support and importance, Khan said.

The mighty military, which has ruled Pakistan for more than half of its more than 70 years of existence, has so far wielded considerable power in security and foreign policy.

The five-year policy document that took seven years to prepare is backed by the Khan government as the country’s first such strategic document that sets out the national security vision and guidelines for achieving those goals.

“We must realize that our greatest security is when people become stakeholders and defend the country. And that can be achieved through inclusive growth. We must grow as a nation, not in sections,” Khan said. .

The launch ceremony brought together federal ministers, the national security adviser, parliamentarians, the chairman of the Joint Chiefs of Staff, all heads of services, senior civilian and military officials, among others.

In his remarks, NSA Moeed Yusuf briefly explained the national security policy vision and thanked the prime minister and all officials for their continued support.

“The policy places economic security at its core. A stronger economy would create additional resources which would then be distributed to further strengthen military and human security,” he said.

On the foreign front, the new policy highlights disinformation, Hindutva and the use of aggression for domestic political purposes as India’s main threats, the Express Tribune newspaper reported.

The report, quoting Yusuf, said the policy places the issue of Jammu and Kashmir at the heart of the bilateral relationship.

Asked about the message he is sending to India, Yusuf said he is telling India to do the right thing and jump on the bandwagon to benefit from regional connectivity to uplift our peoples. It also tells India that if you don’t want to do the right thing, it will be a loss for the whole region, but especially for India. Yusuf said the document was finalized after full civilian and military consensus.

Earlier, after the policy was approved, Yusuf said the policy has been under development since 2014 and all stakeholders were taken into consideration before its finalization, adding that it will be updated every five years.

The NSP 2022-2026 was approved last month by the Cabinet as well as the National Security Committee. It articulates a citizen-centric framework, placing economic security at the core and striving for a secure and economically resilient Pakistan.

The original version of the policy will remain classified, but a public version of the document has been released. The main themes are national cohesion, securing the economic future, defense and territorial integrity, internal security, foreign policy in a changing world and human security.

Democrats will be crushed midterm due to inflation