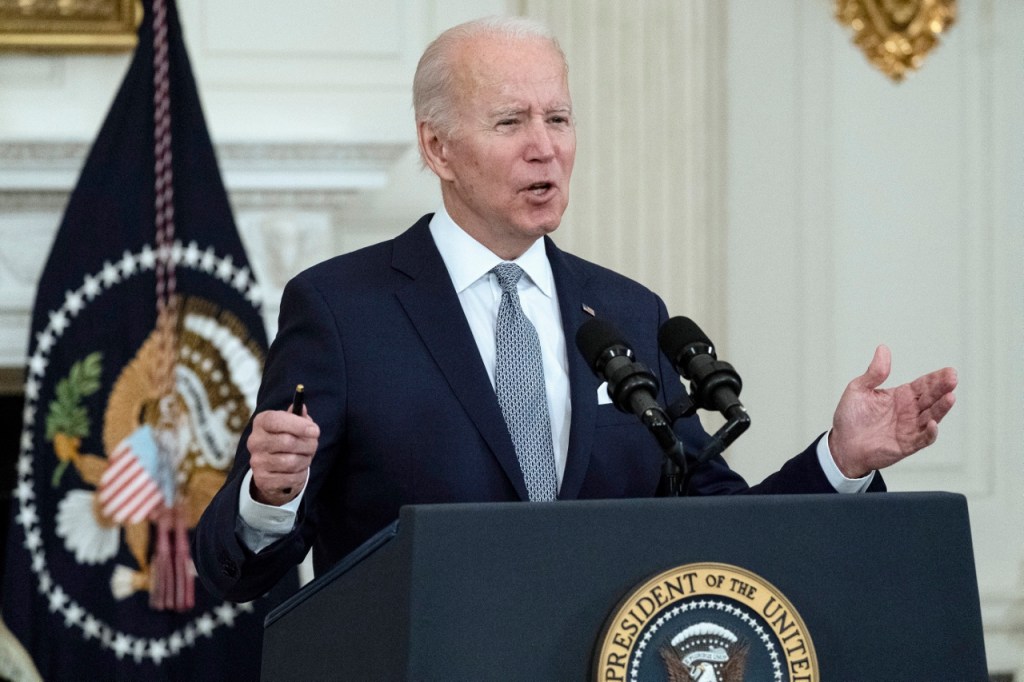 Joe Biden should turn things around and get Ukraine to invade Russia.

Or at least threaten to do so.

It would show Vladimir Putin who was boss. It would also give the Russian tyrant a taste of his own medicine. Why should Putin make all the threats?

While there, he could also attract the attention of Chinese Communist dictator Xi Jinping, another tyrant, by making Taiwan threaten to invade mainland China, not the other way around.

They don’t really need to launch invasions, you know, just to threaten and see if it works.

It would be like the classic Peter Sellers movie The Mouse That Roared. It is a Cold War satire in which a fictional small country, the Duchy of Grand Fenwick, declares war on the United States hoping to lose in order to gain foreign aid.

Why should these guys have fun while scaring the rest of the world? Maybe it’s time to scare them.

If nothing else, a bully understands a punch in the nose. The whole world would cheer because everyone loves underdogs, even when they lose.

It’s something akin to rewarding the millions of illegal immigrants who flooded into the United States from Mexico with money, health care, food, transportation, housing, jobs and studies. They can even vote in New York.

But Biden lacks the guts to stand up to the bullies or Mexican drug cartels behind the border invasion. It is easier to appease them.

He prefers to hit Americans who disagree with him rather than opponents who promise real harm.

Putin, with 100,000 soldiers massed on the Ukrainian border, is threatening to invade Ukraine unless the United States and NATO give in to his demands, the main demand being that Ukraine not become a member of the NATO.

This request is apparently a no-start even though US, Russian and NATO officials continue to meet to discuss the situation.

Biden has promised tough economic sanctions against Russia’s invasion of Ukraine, but given his humiliating retreat from Afghanistan, few take him seriously.

Moreover, Biden got nothing in return when he dropped sanctions on Russia so it could complete construction of its Nord Stream 2 pipeline that carries energy from Russia to Germany.

But with Biden, you never know. At the end of the meetings, he is likely to invite Russia to become a member of NATO. If Bulgaria, Romania, Slovenia and Slovakia can be members, why not Russia?

This way, Putin could no longer complain about NATO enlargement because he would be part of it. Biden could even offer him a dues deal.

However, given Putin’s belligerent attitude, he would most likely reject the invitation and, as Groucho (not Karl) Marx says, I wouldn’t want to join any club that had me as a member.

Little Taiwan is no match for China, even though it is separated from the mainland by the Taiwan Strait. The population of China is 1.4 billion. Taiwan’s population is 24 million. The Chinese People’s Liberation Army has 2.1 million soldiers. Taiwan’s military is only 165,000 strong.

It is therefore absurd to think that Taiwan would invade China, just as it is ridiculous to say the same of Ukraine and Russia. But you never know what a lost missile carrying a nuclear weapon can do

And with half the Chinese locking down the other half because of the wild spread of the COVID virus across mainland China, some military leaders in China may be taking the threat seriously, which could lead to real problems.

But do not worry. General Mark Milley, the chairman of the US Joint Chiefs of Staff, would give the Chinese plenty of warnings.

In the film Sellers, a small group of invaders land in New York City and find the city deserted due to a city-wide disaster drill. The men wander into a high-tech lab and unwittingly capture a unique Quadium bomb that can destroy the world.

With the threat of the bomb, they win the war.

But it’s just a movie.

Peter Lucas is a veteran journalist and political columnist from Massachusetts.