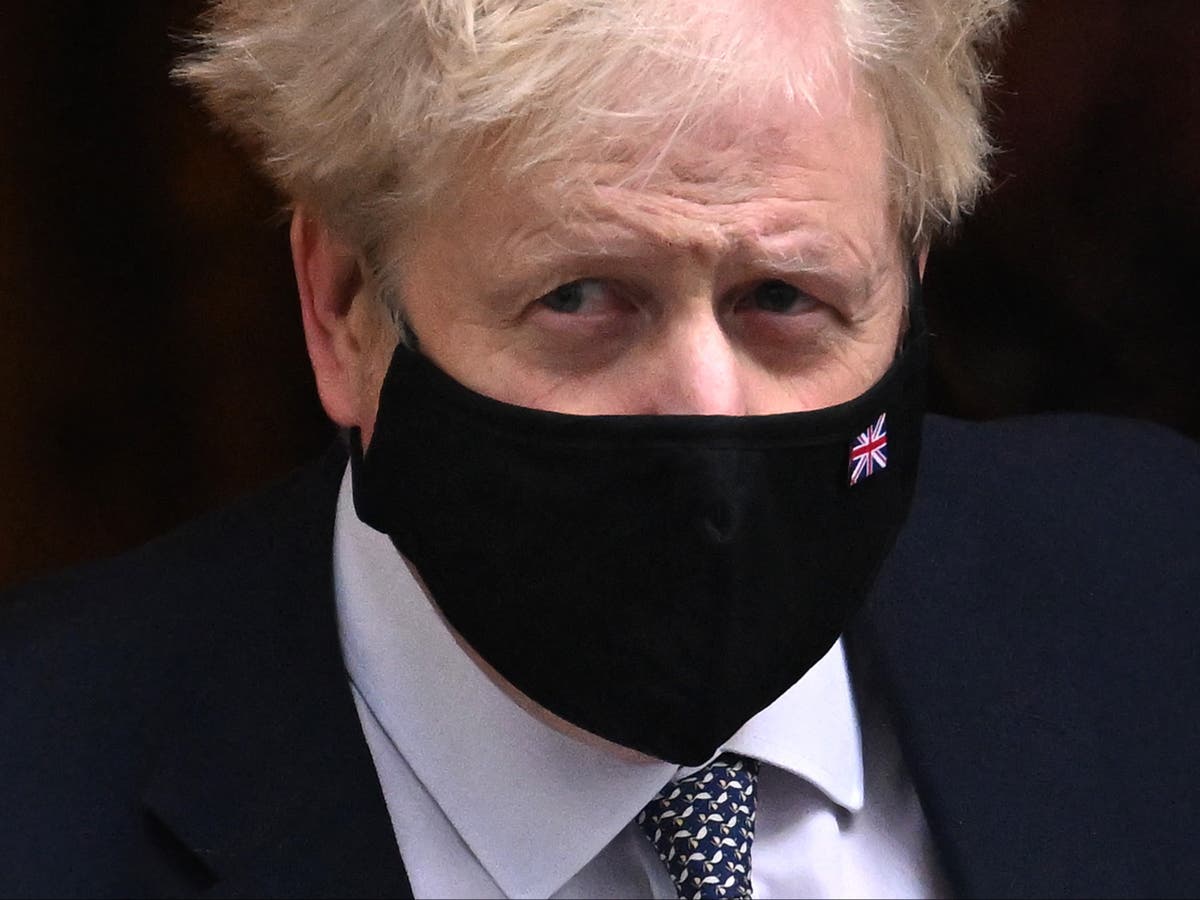 Boris Johnson is in the last chance lounge, a Cabinet minister has warned, after Downing Street was hit by a series of new party demands and an exclusive poll for The Independent found that 70% of voters want him gone.

No 10 was forced to apologize to Buckingham Palace on Friday following reports of two parties being held on the eve of Prince Philips’ socially distanced funeral, while another report emerged alleging that regular Friday wine hour gatherings continued in Downing Street despite coronavirus restrictions.

In a bid to salvage his post as Prime Minister, the Prime Minister has launched Operation Save Big Dog, as he seeks to build his own support within his party and compiles a list of officials who can offer their resignations after that Sue Gray has published the findings of her investigation into the matter,The Independent understand.

With Ms Gray reportedly left completely blindsided by the new revelations and many Tory MPs’ inboxes flooded with complaints, the chairman of the Campaign for Conservative Democracy said the party must now muster the courage to drive out the worst prime minister of my life.

As he fights to save his job as Prime Minister, Boris Johnson is set to lift Plan B coronavirus measures in the coming days, with a decision on the restrictions due on January 26, when the report into the allegations of lockdown violations in #10 should have been published.

Restrictions should be lifted although mask rules may still remain, according to The Daily Telegraph, which quoted a source as saying: There honestly doesn’t seem to be any other expectation at this time.

Health Secretary Sajid Javid has reportedly already decided that Covid passes are no longer needed as cases have fallen from their all-time high.

Tory MP Mark Harper, a prominent lockdown skeptic, recently warned Mr Johnson that he would face the biggest rebellion of his prime ministership yet if he sought to extend Plan B measures, including the vote on the introduction holds this current record, following a revolt by around 100 Tory MPs.

Here’s an excerpt from yesterday’s opening Newsnight programme, which compiled a series of twists from the Partygate saga this week.

Questions have been raised over whether Sue Grays’ investigation into lockdown parties in Downing Street gets the whole story, after The temperature said his investigation had been caught off guard by new allegations.

The senior official leading the investigation felt completely blindsided by the new revelations, the newspaper said.

Our political correspondent Peter Jon has the details here:

As well as his apology to Buckingham Palace, No 10 also admitted yesterday that the Prime Minister shuttled between Downing Street and his Mansion of Grace and Favor at Checkers during the first period of Covid lockdown, even after telling the public to stay home.

The Prime Minister has been traveling to and from his Grace and Favor mansion in Buckinghamshire for more than 10 days after first asking the country to stop non-essential travel on March 16, 2020.

Asked about the period from March 16 to March 27, 2020, following a report of Turtle Media, a Downing Street spokesperson said: At this time Ms Johnson was heavily pregnant and had been placed in a vulnerable category and advised to minimize social contact.

Added No 10: In line with clinical guidelines and to minimize risk to her, they were based at Checkers during this time, with the Prime Minister traveling to Downing Street for work.

On March 16, 2020, Mr Johnson told the public to stop non-essential contact and travel. My colleague Adam Forest has the details here:

An emotional funeral director has described feeling like an idiot as he discusses his role in banning people from entering funerals under restrictions at the time, in light of revelations from party no. 10.

I feel like I could have been more lenient, if the government was that lenient at the time, the caller told LBC.

I feel like an idiot: The emotional funeral attendant as he discusses party No 10

In his daily bulletin View From Westminster, our leading political commentator John Rentoul focused on the instantly historic image of a No. 10 staff member filling a suitcase with liquor bottles at the Strand Co-op, as reported by The telegraph.

In reference to Times Radio with host Matt Chorley coining the phrase absolutely get packed, my colleague suggested: This is how governments end.

Away from party row #10 for a while, The Independent May reveal that the Home Office continued to carry out immigration raids on care homes during the pandemic, raising fears that ministers were continuing their hostile environmental public health policies.

Data obtained through freedom of information laws shows that immigration law enforcement carried out a raid on average every three months in the 21 months to September 2021, including at least one. last January, when a nationwide lockdown was in place.

Our social affairs correspondent May Bulman has the details in this exclusive report:

Prominent Tory MP Tobias Ellwood has warned Boris Johnson must lead or get out of the way.

Mr Ellwood, who chairs the Commons defense select committee, said The temperature: This kind of behavior should not take place at any time, let alone during a lockdown… I say to the Prime Minister, Lead, or step aside and step aside.

According to The Daily Telegraph, party insiders estimate that a maximum of around 20 Tory MPs submitted letters of no confidence to Boris Johnson at the 1922 committee.

This number is less than half of the 54 letters required to trigger a leadership vote.

Boris Johnson needs to change his ways, says Pensions Minister Guy Opperman, recalling how in the same month, when some members of No 10 misbehaved, he was unable to support to the needs of his children before their death.

Speaking to the BBC Northern Policy programme, the Tory MP said: I am quite emotional about this because in May 2020 my wife and children were sick and they went to hospital. I couldn’t go there to support them.

He and his wife Floras, newborn twins, Teddy and Rafe, died the following month.