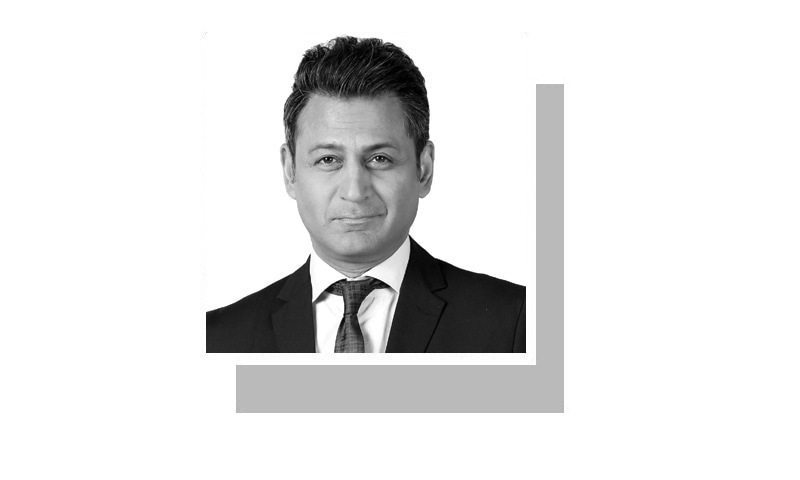 NUMBERS never lie. Until they do.

The PTI government celebrates the adoption of the mini-budget. Except that’s not the case. Some had presented the vote on the mini-budget as an existential question for the government. However, the worst secret in federal capitals this month was that the opposition quietly agreed to let the bill pass. All political stakeholders had been informed that returning to IMF ownership was a strategic necessity at this stage. None had disagreed. All that remained was to deal with the politics surrounding the bill. The opposition was happy to milk him to the last drop.

And so the saga unfolded in a rather expected way. The opposition had no doubts about how to manipulate the situation in their favor. It was decided that they would present this bill as the worst thing that can happen to Pakistani citizens and the sovereignty of nations. The bill contained enough elements to meet both of these requirements. With inflation being the lightning rod that it is, the opposition fortunately took powerful swings with the government vulnerable, knowing that little effective resistance would be on display. There were none.

PTI has been grappling with its infighting for years. But no one has ever pointed the finger at the leader himself. Until now.

Cabinet ministers are struggling to convince citizens that this money bill would not lead to further inflation. They were laughed out of the room. The opposition knows it has nothing to do but sit back and enjoy the backlash governments will face in the coming weeks.

Initially, there were talks that the opposition would raise a lot of outcry on the House floor, rub inflationary salt on the government’s self-inflicted wounds, and then stage a walkout. The government would then push the bill through and prepare for the impact. Later, however, the opposition opted against the walkout and decided that voting against the bill and digitally recording its resistance to passage would pay them greater political dividends.

Their logic was as follows: by quietly accepting the demand not to block this strategic legislation, the opposition would manage to positively engage the recruiters and follow the advice without harming their interests. It would also give them the ability to strike at the government without fear of political loss for losing the vote. A win-win for them.

That done, now what? Now the predictable will unfold as planned. Once the law takes effect, so will its inflationary drive. Gasoline prices are already expected to rise monthly, further fueling the spiraling inflation rate. February will probably see the worst economic crisis yet. That’s when the opposition will start warming up the streets for their long march to Islamabad. The PDM has already announced that it will have a decisive discussion at its January 25 meeting on the possibility of a vote of no confidence in Prime Minister Imran Khan. He cannot announce a firm decision by that date unless he then has reason to believe that the government is genuinely on its own and is more likely to step up the pressure by pledging to sensitize government allies and its own disgruntled members.

All of this activity would fuel the perception, according to the opposition, that the government is hurtling down a slippery slope with little chance of stopping the slide. Such a perception would further destabilize allies and make members of the government more uncertain about their own electoral prospects. The spat between Pervez Khattak and Prime Minister Imran on Thursday has already sparked a wave of uncertainty among many on the Treasury benches. The cracks are deepening now. The opposition considers itself better placed to exploit these cracks in the context of a possible internal change in the National Assembly.

The Khattak episode is significant. First of all, it couldn’t have come at a worse time for the government as fans now fear that the PTI will be hemorrhaging from within due to external and internal pressures. Second, it couldn’t have come from a more ominous person. Khattaks’ name has often been mentioned in terms of Prime Minister Imran Khan’s replacement. He’s not really a challenger, but if a list were compiled of those who might fit the bill for a challenger based on their political profile, his name would be up there. He is a fluid political operator with the gravity that constituency eligibility and former chief ministry bring. The prime minister also assured that Khattak remains a disgruntled person. In his five years as KP Chief Minister, the PTI won an unprecedented second term. Khattak wanted to remain CM. Khan refused. As a consolation prize, Khattak wanted the Interior Ministry. Khan refused.

To add insult to injury, he gave Khattak the defense portfolio which is more ceremonial in its effectiveness than anything else. With that baggage in tow, it was only a matter of time before Khattak struck back. Consequently, his retaliation, when it came on Thursday, was dangerously volatile.

The volatility lies less in what he said, and more in who he said it. The PTI is known for its infighting and groupings. He’s been dealing with these infighting for years. But no one has ever pointed the finger at the leader himself. Until now. Khattak has therefore taken a step forward by attacking Khan himself.

The episode itself might not amount to much, but it added to the siege mentality that is slowly enveloping the ruling party. This will only intensify if the pressure mounts in the coming weeks both inside the parliament, on the streets and in the bazaars. If the party then tastes another defeat in the next round of KP local elections and is routed in the Punjab polls expected soon after, it could be in serious trouble.

Now the Prime Minister finds himself in the unenviable position of having to choose the least worst from a list of bad options. Will he choose wisely?

The author is the Resident Editor of Dawns in Islamabad.