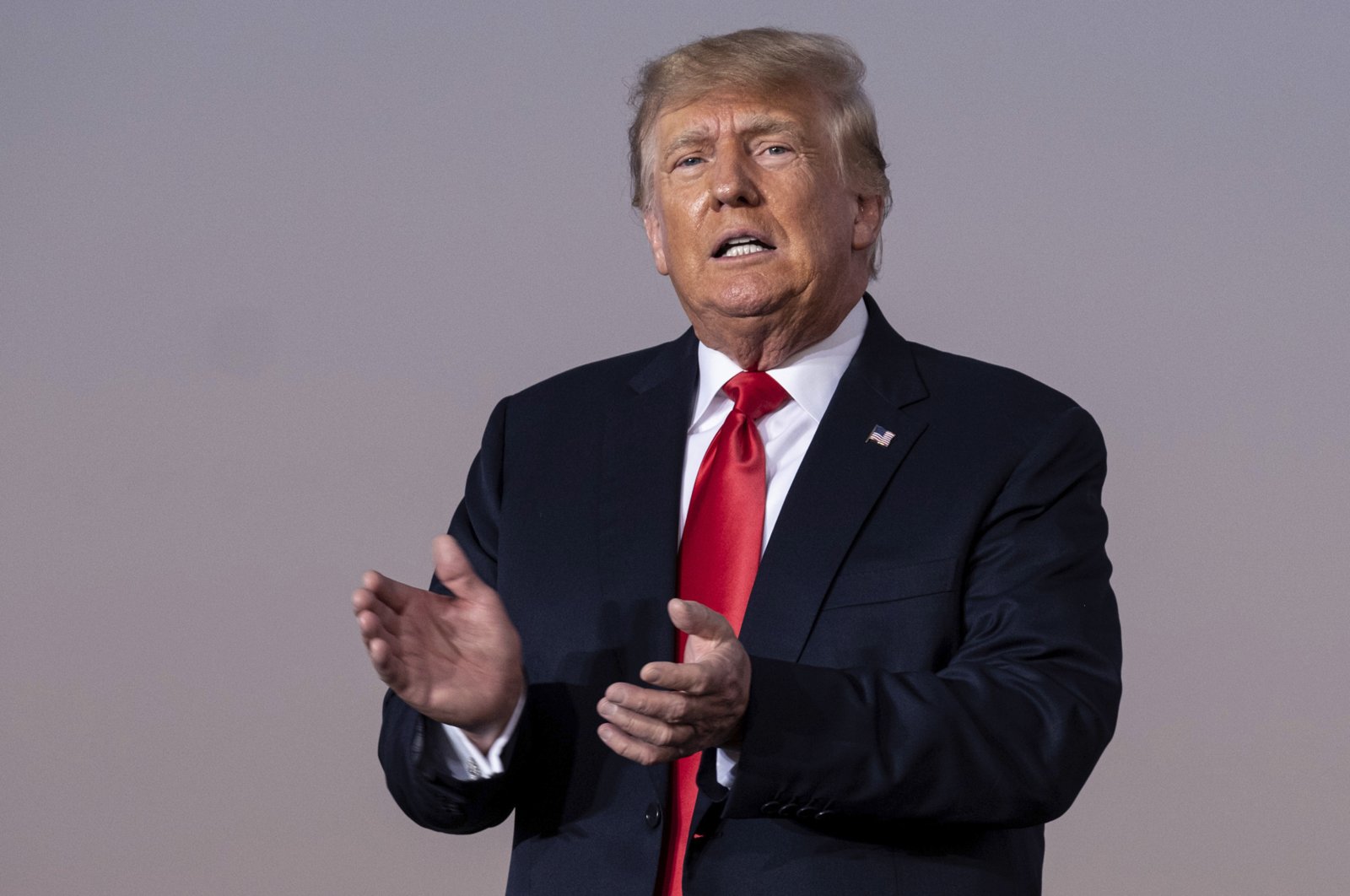 Donald Trump will rally the faithful in Arizona on Saturday as he is expected to once again rehash his claims that the US presidential election was rigged while taking the opportunity to criticize the actions of US President Joe Biden.

After giving up a press conference promised on January 6, the anniversary of the invasion of the Capitol by his supporters, the ousted former president will be back in front of a sympathetic crowd.

“Many topics will be covered,” he said in a statement on Friday, “including the rigged 2020 presidential election, the false big lie, the corrupt LameStream media, the disaster in Afghanistan, inflation, the sudden disrespect for our nation and its leaders, and much more.

“Large crowds will also be covered on TV. See you Saturday night!”

The rally, in a rural area outside of Phoenix, is expected to feature a group of Republicans happily repeating unsubstantiated claims that the 2020 election has been set.

They include Kari Lake, whom Trump endorsed for Arizona governor in this year’s race. She has previously said she would not have certified President Joe Biden’s victory had she been in office at the time.

Mike Lindell, the CEO of MyPillow, which spent millions of dollars trying to overturn the election, is also expected to appear.

Trump, who lost his Twitter megaphone for his repeated lies about the poll, has been a much more low-key presence in American politics since being sacked.

But he still looms large in the Republican Party, where adhering to his unproven theories or at least not publicly denying them is often vital to the survival of members of Congress and state legislatures.

The Florence rally will be the first time Trump has appeared before a large crowd since October, and observers will watch the turnout as a gauge of how much power he still wields with the base.

Prior to his election victory in 2016, and throughout his presidency, tens of thousands of supporters thronged the venue to hear their man air his grievances.

But the crowds have since dwindled.

But last week he ventured to National Public Radio (NPR), where he said he was recommending people get vaccinated against COVID-19, a burning issue in the United States, where mistrust towards science is widespread among those on the right.

He then cut the interview short when challenged over his allegations of voter fraud.

The rally comes 24 hours after pro-Trump TV station OAN was dumped by its main distributor.

The former president had repeatedly directed his fans to the conspiracy peddling outlet, which hopes to take a slice of the right-wing viewership market dominated by Fox News.

The event also comes after the founder of the far-right Oath Keepers, a pro-Trump militia, and 10 others were charged with seditious conspiracy for their role in the Jan. 6 assault on the Capitol.

Keep up to date with what is happening in Turkey, in its region and in the world.