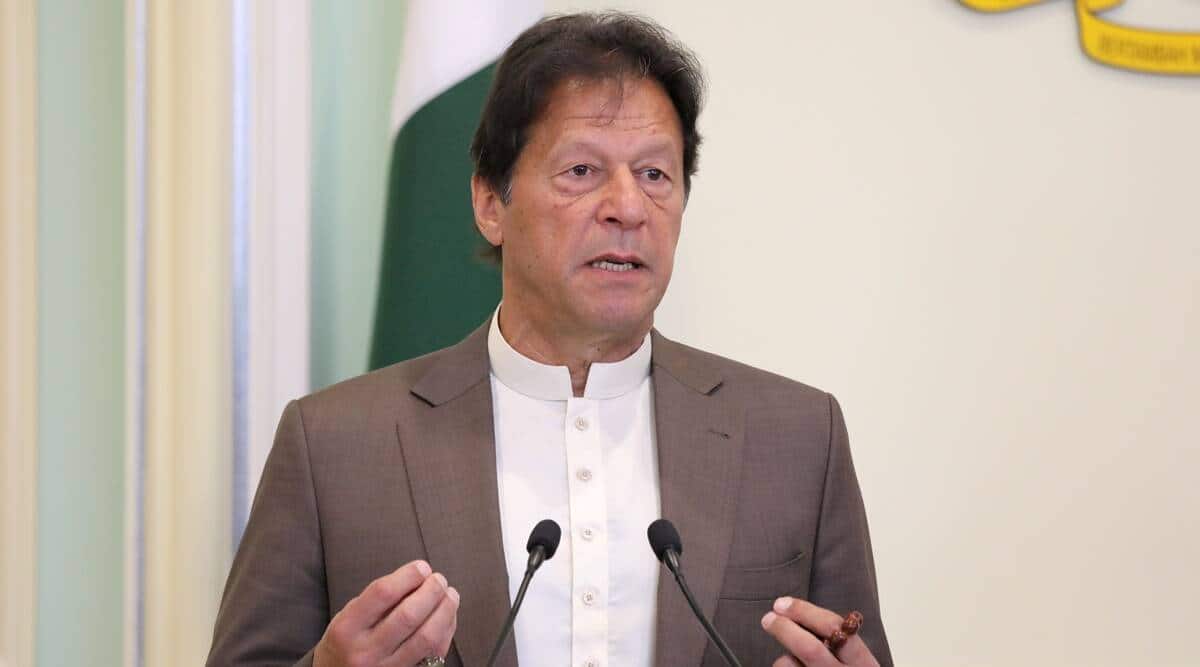 Unveiling what it calls its first-ever National Security Policy (NSP), Prime Minister Imran Khan’s military-backed government has acknowledged that the use of terrorism has become a favored political choice for hostile actors .

In remarks that echo India’s position on the matter, the document states: The most acute form of efforts to undermine the stability and national harmony of a society is terrorism.

However, in a claim repeatedly challenged by India, which accuses Pakistan of exporting terror across the border, the NSP states: Pakistan pursues a policy of zero tolerance for any group involved in terrorist activities on its ground.

The document states: The employment of terrorism has become a preferred policy choice for hostile actors in addition to soft intrusion by various non-kinetic means. Terrorism is also used to disrupt and delay development initiatives.

India is mentioned at least 16 times, more than any other nation, in the 62-page NSP for 2022-2026 with Jammu and Kashmir at its heart. A just and peaceful resolution of the Jammu and Kashmir conflict remains at the heart of our bilateral relations, says the NSP.

Pakistani national security adviser Moeed Yusuf, a former US-based think tank analyst, led the preparation of the document, which will be reviewed annually as well as each time a new government is formed.

The policy, which was reportedly prepared after seven years of strategic thinking, was adopted in December last week, with a shorter public version released on Friday.

Regarding bilateral relations, the NSP asserts that Pakistan, as part of its internal and external peace policy, wishes to improve its relations with India.

But he points to issues he has previously highlighted: The rise of Hindutva-led politics in India is deeply concerning and has an impact on Pakistan’s immediate security. The political exploitation of a belligerent policy towards Pakistan by India’s rulers has led to the threat of military adventurism and non-contact warfare to our immediate east.

Pakistan’s first-ever national security policy opens a window to thinking within its civilian-military establishment. Framed on expected lines, it identifies India as a key concern. Beijing, meanwhile, is clearly the strategic partner of choice.

Accusing India of hegemonic designs, the NSP says that to the immediate east, bilateral relations have also been stalled due to the unresolved dispute over Kashmir. And contrary to Delhi’s claims, the document blames India for ceasefire violations along the Line of Control.

There is a separate section on J&K, which reiterates the country’s position: Pakistan remains steadfast in its moral, diplomatic, political and legal support for the people of Kashmir until they achieve their right to self-determination guaranteed by the international community in accordance with United Nations Security Council (UNSC) Resolutions.

From India’s perspective, the document has a section on terrorism, extremism and sectarianism in a chapter on internal security.

At a time when Pakistan continues to be on the global Financial Action Task Force (FATF) gray list, the NSP lists several priorities “for continued improvement of our internal security environment.

These include: strengthening police forces and associated counter-terrorism agencies, undertaking intelligence-led operations against all terrorist groups, preventing any use of financial sources for terrorism, addressing structural gaps and the sense of deprivation in recruitment areas, and promote a pluralistic counter-terrorism narrative”.

Emphasizing that extremism and radicalization on the basis of ethnicity or religion pose a challenge to our society, he states that the exploitation and manipulation of ethnic, religious and sectarian lines through violent extremist ideologies cannot be allowed.

China occupies a relatively smaller section in the NSP. Pakistan’s deep-rooted historical ties with China are driven by common interests and mutual understanding, the report said. The document says that bilateral relations with Beijing continue to develop on the basis of trust and strategic convergence, which Delhi is watching closely.

The NSP defines the China-Pakistan Economic Corridor as a project of national significance, which enjoys national consensus and redefines regional connectivity and boosts Pakistan’s economy.

Regarding the United States, he said that the two countries share a long history of bilateral cooperation and that our continued cooperation…will remain essential for regional peace and stability.

Pakistan does not subscribe to the camp policy, he says, in an apparent reference to strained relations between the United States and China. Communicating Pakistan’s concerns to policy makers in Washington while seeking to broaden our partnership beyond a narrow focus on counterterrorism will be a priority, he said.

The NSP, however, does not devote much space to West Asia and Pakistan’s Gulf partners, and Turkey and Saudi Arabia only have one-line mentions.