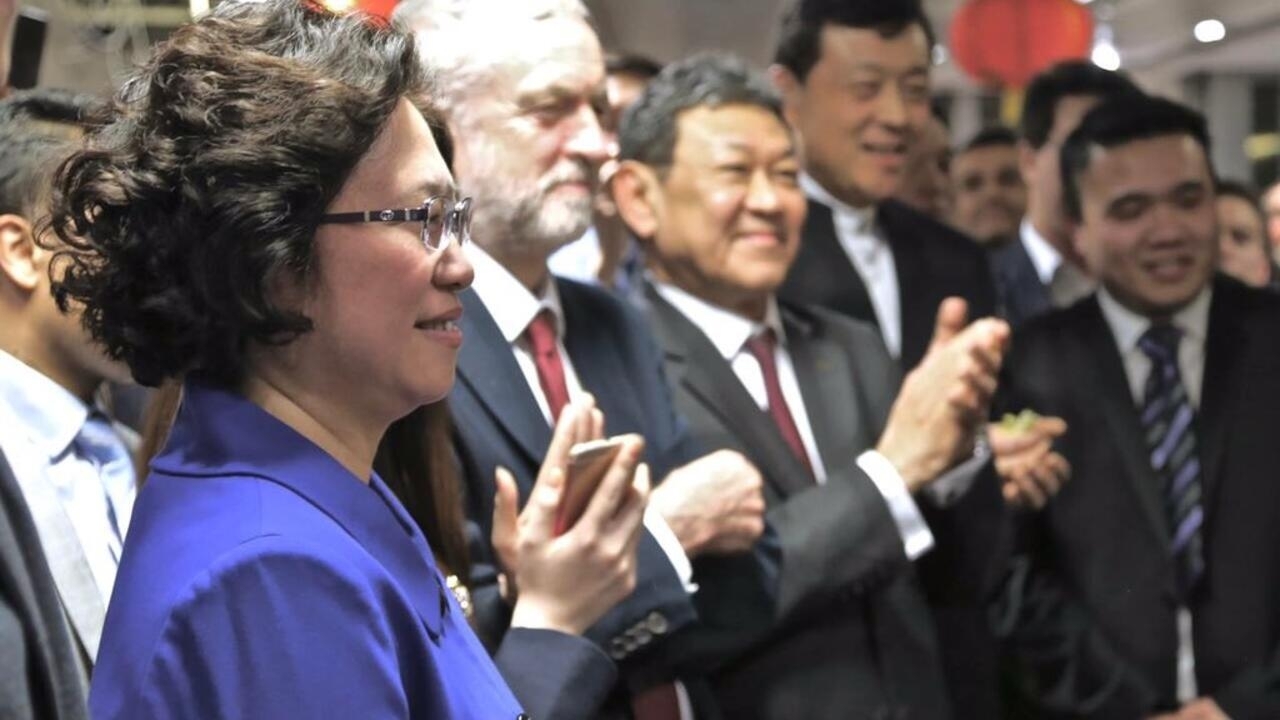 In a warning sent to all British parliamentarians, MI5 accused Lee, 58, of acting covertly and in coordination with the Communist Party of China United Front Work Department, one of Beijing’s overseas propaganda outlets, by facilitating financial donations to political parties, parliamentarians and those seeking political office in the UK.

The rare alert reflects the fact that the security services are quite worried about what China is doing in this country, both in terms of traditional espionage, which is not the case, but also in terms of modern forms. interference and influence, Charles Parton, a researcher at the Royal United Services Institute think tank, told theFinancialTimes.

MI5 says longtime London resident Lee is suspected of trying to curry favor with prominent parliamentarians both on the right and left of the political spectrum.

Showing a preference for Labor MPs, she paid more than £580,000 (694,000) to Barry Gardiner through his law firm between 2015 and 2020. Sky News. In a statement, he said he had been in contact with our security services for several years about Christine Lee and added that these agencies were fully aware of her donations to his office.

These revelations question certain positions of the Labor MP, in particular his support for the Hinkley Point power station project in 2016 partly financed by China. He is one of the few left-wing politicians to take such a position.

Lee also contributed at least $5,000 to Edward Davey, the leader of the Liberal Democrats.

“I know it will be deeply concerning […] that an individual who knowingly engaged in political interference activities on behalf of the Chinese Communist Party has targeted parliamentarians,” Priti Patel, UK Home Secretary, wrote on Twitter.

I know it will be deeply concerning to many that an individual who knowingly engaged in political interference activities on behalf of the Chinese Communist Party has targeted parliamentarians.

China was quick to deny the charges. “We have no need and never seek to ‘buy influence’ in a foreign parliament. We strongly oppose vilification and intimidation against the Chinese community in the UK,” the statement said. Chinese Embassy in London in a statement.

Continuing the story, the British tabloid press dissected The Past. She came to Northern Ireland in the late 1970s aged 12 and eventually had two children with a British solicitor. In 2019, she shook hands with Chinese President Xi Jinpings at a China Overseas Friendship Association meeting.

One book in particular has aided the UK media in their research: Hidden Hand: Exposing How the Chinese Communist Party is Reshaping the World, a 2020 analysis of Chinese efforts to influence public debate in the Western world, discussed the Lees case.

Authors Clive Hamilton and Mareike Ohlberg had reported that as well as helping Chinese immigrants settle in the UK, Lee had also become the chief legal adviser to the Chinese Embassy in London, “a role that demonstrates clearly the importance that this lawyer has in the eyes of the Chinese authorities”. “, say the authors.

Lee’s other projects included helping to create theAll-Party Parliamentary Group on China, an informal group of parliamentarians interested in China-related issues. The group disbanded in 2021 after more than 20 years.

Lee has also been involved in the establishment of at least 16 companies and organizations, most of which are related to strengthening Sino-British ties. In 2006, she founded the British China Project, one of the leading organizations promoting the interests of the Chinese community in the UK, winning her a Theresa May award in 2019.

The former Prime Minister praised Lees’ work and wished him luck in [furthering] the inclusion and participation of the Anglo-Chinese people in the British political system.

MI5’s warning about Christine Leere reflects a significant change in tone in recent years regarding Britain’s stance on China.

So far, MI5 has favored caution when it comes to China, Guardians defense and security editor Dan Sabbagh said in a statement. item released Thursday.

In previous years, British spies would never have made their suspicions known in this way, Sabbagh says. Just over six years ago, when Chinese President Xi Jinping was invited to the UK for a state visit, London underscored its friendly relationship with Beijing. David Cameron, then Prime Minister, drankpints of beer with Xiin London pubs.

For Sabbagh, the tone of relations changed in November 2021 when the head of Britain’s MI6 spy agency, Richard Moore, announced that China had become “our number one priority”. affecting.

The authors of “Hidden Hand” even hinted that the UK had passed the “point of no return that the Chinese Communist Party had already managed to establish a dense network of influence within the British elite”.

This article has been translated from the original in French.

How the Cambodian PM’s visit to Myanmar shook ASEAN