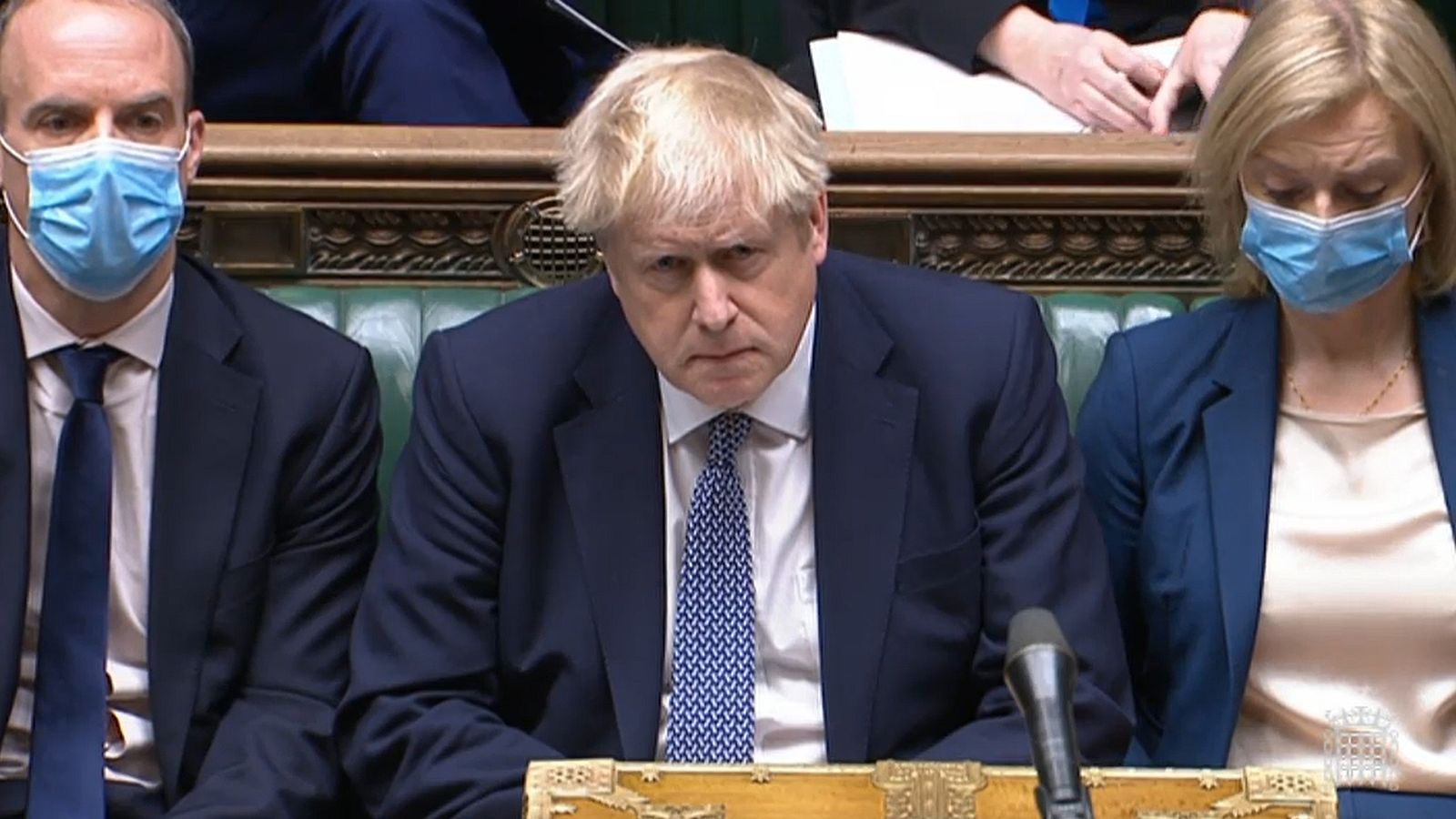 One of several Tory MPs calling for Boris Johnson’s resignation told Sky News he had “lost his moral authority to lead” amid allegations from many Downing Street parties during the lockdown.

Andrew Bridgen, who represents North West Leicestershire, said the flurry of accusations against the Prime Minister and his Number 10 staff had “made his position untenable”.

He claimed to have received more than 300 emails from voters infuriated by the party’s allegations in one day on Friday.

“We had around 150 emails regarding the Prime Minister’s position. We deleted them and replied to all of them at midday, then at 3.30pm there were another 168,” he said.

“It’s not just a mistake Boris Johnson and those of number 10. It is a model of behavior.

“It tells me that they think they can do whatever they want and that’s not acceptable to me, my constituents, and I don’t think that’s acceptable behavior for someone who’s in charge. the country.

‘Do the honorable thing and call it a day’

“He needs to take responsibility and do the honorable thing and call it a day – for the country, the government and the Conservative Party.”

Fellow Tory MP Andrew Percy, who represents Brigg and Goole, said he and his constituents were “frustrated and irritated”.

“Getting drunk in the basement I know the Prime Minister wasn’t there, from Downing Street the day before the Duke of Edinburgh’s funeral, clearly you should have known that’s not behavior acceptable,” he told Sky News.

Calls for the Prime Minister’s resignation come amid new reports that around 50 Downing Street workers had “Wine Time Fridays” scheduled in their electronic calendars during various lockdown restrictions.

The Daily Mirror published a picture of a £142 drinks fridge on December 11, 2020 – when London was under ‘Tier 2’ restrictions and indoor socializing was banned – which was allegedly used by staff for weekly drinks between 4-7pm.

Number 10 did not deny the charges, instead pointing to the Sue Gray inquiry looking into the matter, and was forced to apologize to Buckingham Palace for two parties held inside Number 10 at the eve of Prince Philip’s funeral.


As Boris Johnson faces his most perilous moment as Prime Minister, will there be a leadership challenge and how does that work?

Asked if Mr Johnson had the ‘moral compass’ to quit, Mr Bridgen, an ardent Brexiteer who backed the Prime Minister as Tory leader in 2019, suggested not.

“That’s the evidence I see of these revelations that keep coming out,” he said.

What parties would have taken place in Downing Street during the lockdown?

“It’s not just him, it’s the culture of those in number 10 who seem to have done whatever they want while restricting our freedoms for a long time. That’s no way to go on.”

Although reports suggest Mr Johnson could lift ‘plan B’ covid measures at the end of this month, Mr Bridgen said that if there was “another national emergency”, Mr Johnson would not have the “moral authority” to ask the public to adhere to the restrictions.

“The Prime Minister has lost his moral authority to lead”

“The prime minister has lost his moral authority to lead and that’s not coming back anytime soon,” he said. “I don’t think the revelations are going to end.”

Mr Bridgen is one of three Tory MPs who have publicly confirmed that they submitted a letter of no confidence to Mr Johnson at the 1922 Tory committee.

He, Scottish Conservative leader Douglas Ross and Sir Roger Gale have all said they have written letters of censure, but they are given confidentially, so there is no accurate count of how many MPs have done so.

Under Tory rules, 54 MPs must submit letters of censure to committee chairman Sir Graham Brady for a vote to take place on the Prime Minister’s leadership.

Mr Johnson would then need the backing of 181 MPs to survive, giving him immunity from another leadership bid for a year.